No one watches 1996’s Independence Day and comes away saying “that was a brilliant piece of cinematic art…the characters, the acting, the plot, the cinematography…it was all so beautiful.” Approximately no one has said those words.

But who cares, because the movie is loud, dumb, farcical and highly highly enjoyable. It’s buoyed by great starring performances by Will Smith (his first big blockbuster), Jeff Goldblum and Bill Pullman. There’s also a host of “oh it’s that guy” actors who pop in and out, adding to the fun. It’s great, it’s fun, it’s freaking Independence Day; it’s a Fourth of July staple. In fact it was previously labeled the number one “Fourth of July Viewing Experience” movie of last year. That’s a high honor! If you’re too lazy to click the link, here’s what is said about it:

Obviously, right? What I love about this movie is how the cast is essentially a bunch of then-unproven headliners and even more type-casted co-stars. For most of the movie they are all separated on their own little plot lines, but they all are so well written, the story is so stupidly fun, and each plot line is so independently interesting, that when the climax of the film arrives and they all come together, you really feel like this is a superhero team up ready to save the world from the alien invasion.

The movie is basically Marvel’s Phase One in miniature.

It also happens to have some horribly dated CGI effects that I remember being wowed by in the theaters as a kid. It’s great to laugh at now, in a “I can’t believe people used to think that was cool” sort of way.

Director Roland Emmerich is back to helm the sequel. It’s been twenty years and Hollywood has been in love lately with resurrecting old movies to turn into franchises, and while most of these sequel/reboot films have been cheap knock-offs that only make you pine for the originals (I can’t wait to hate-watch Ghostbusters in a couple weeks), along comes this movie, which everyone insta-hated the moment it was announced. When Will Smith passed on the project fans were even more eager to dump on it. It’s not like Will Smith has had a critical and commercial blockbuster hit in a while (you have to go back to 2008’s Hancock to find his last mega-hit at the box office). If he didn’t want to do this, it must have been a terrible script/idea, right?

Actually, no. Not at all. 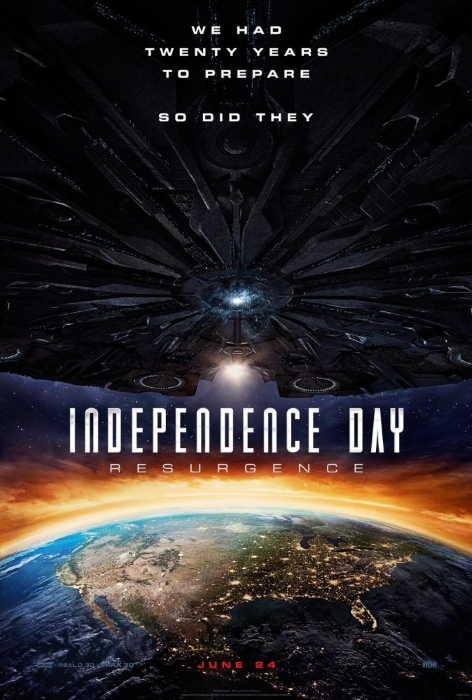 Emmerich also co-wrote the movie, as he did the original. It’s obvious too, because the movie’s structure follows the same basic template as the first film. Like with the 1996 movie, the opening act introduces us to the characters as they are all separated and off in their own little lives. Act two features the aliens attack and the bleakness of the outlook for humanity and then Act Three brings everyone together to carry out the crazy idea/last desperate hope that miraculously pays off.

It’s the same movie but since this is a sequel everything is bigger and louder and dumber. It’s not quite as fun as the first, but that’s only because Liam Hemsworth’s star just isn’t as bright as Will Smith’s. That’s actually a problem across the board: Most everyone of the old stars from 1996 are back, but they are shifted to the background to let the kids take the lead. The problem is, the kids just don’t quite have the stage presence that the original stars had in 1996. The movie succeeds in recreating the original’s structure (it felt like an Independence Day movie), while upping the stakes across the board (the aliens switched it up from trying to blow up buildings to trying to blow up the whole planet) but it misses in that one critical area: The stars at the center just aren’t magnetic enough to keep your attention. 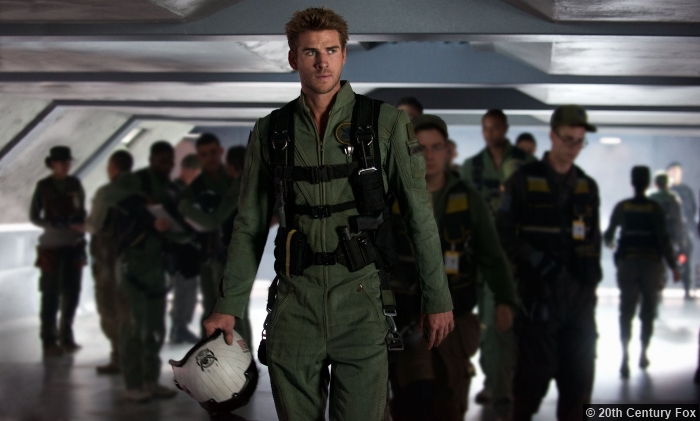 It’s a notch below the original, which did everything this movie tries to do a little bit better, but it could have been so much worse. The fact that it’s consistently good and occasionally a barrel of fun automatically makes it better than 90% of the sequels/prequels/reboots that Hollywood has been churning out lately.

When I say the “kids” take the lead, that’s often a very literal statement: It’s almost hilarious how many times in the opening act you’ll say “oh so that’s _____’s kid?” Everyone’s related to someone you know in this movie, and in one instance a new character is introduced only to have it be revealed that he’s the uncle of another new character. All of Earth’s safety rests in the hands of like four pairs of kids who all know each other. Small world.

There’s a lot of exposition to sit through in the opening forty-five minutes, but nothing is lingered on too long to make you restless or bored. A LOT of characters are introduced and almost every one is given a role to play in the finale, very similar to how the original movie introduced a bunch of disparate characters and then brought them together for the big final battle. Really the only subplot that could have been cut was the one focusing on Judd Hirsch. But whose gonna cut Judd Hirsch out of a movie?

The CGI-effects in this movie are so seamlessly integrated that I said “wow” multiple times. I’m sure I’ll look back on it in twenty years and laugh at it though. 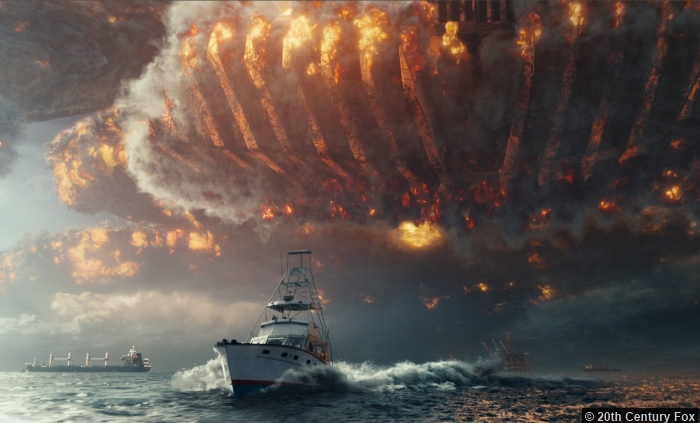 A sequel was teased (because of course it was; the only thing Hollywood loves more than sequels are sequels that plant the seeds for more sequels) and—spoiler—promises to take the setting into outer space. Which they basically have to do, since there’s nothing left to blow up on earth. They blew up the US Capital in movie one, and then crashed into the whole Atlantic in this one, intending to destroy the entire planet. The stakes can’t get any higher unless you threaten to blow up the galaxy.

At first I was annoyed how calm and in control everyone was at the announcement that the aliens had returned. You’d think there would have been more panic and a sense of urgency, but everyone was just kind of ho-hum about it. I guess since this isn’t their first alien invasion rodeo and the fact that they had twenty years to prepare, drill and practice, it makes sense that everyone would be able to take deep breaths and get to work.

At one point—spoiler—the whole presidential line of succession is wiped out in one attack, leaving some General Whatshisname—the blind guy from Contact—to assume the office. Who thought it would be a good idea to put everyone in the same room…and in the same place that aliens attacked and wiped out in the first movie? Dumb America, dumb.

The movie builds to the moment when the heroic pilot flies into the ship and detonates a bomb, intending to save the day, exactly like the first movie. When the bomb went off and the ship went down I wrote down in my notes “the big ending has the bang but not the emotion and feeling of resolution that the first one had.” Turns out that wasn’t the big ending. The movie then suddenly became the climax to a kaiju film and I enjoyed every stupid second of it. 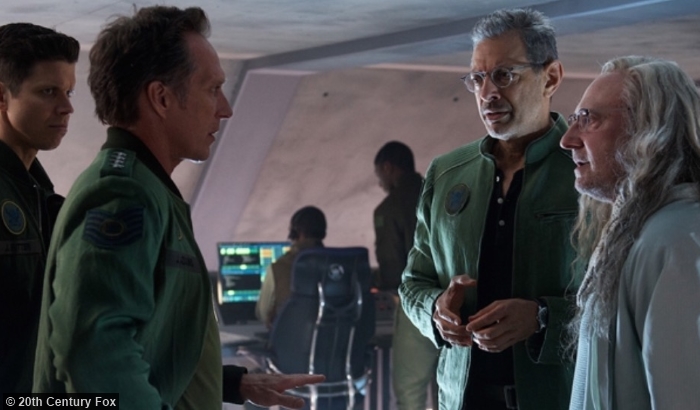 8/10 – I enjoyed every stupid second of it, but it wasn’t perfect and it won’t be as perpetually rewatchable as the original. Turn off your brain.

Also the savior of humanity is Marvin, from Hitchhiker’s Guide to the Galaxy. I can’t be the only one to see that.