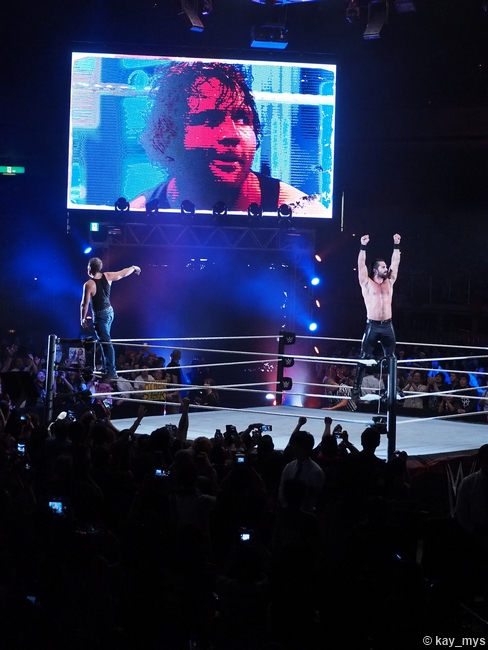 The 1268th edition of WWE Monday Night RAW came to you, live on Patriot Day, from the Honda Center in Anaheim, CA. Last week on RAW, the war of words between No Mercy opponents John Cena and Roman Reigns would continue as, after John Cena picked up a victory over Jason Jordan, Roman Reigns would come out to confront the sixteen-time former World Champion, saying that, if Cena is as good as he says he is, then it wouldn’t have taken him so long to defeat a “rookie”. Roman would have the opportunity to outdo John Cena on this week’s RAW as “The Big Dog” would go one-on-one with Jason Jordan. Can Roman outshine Cena’s performance from last week? Also, after defeating Big Show in a wild Steel Cage Match last week, Braun Strowman would send a clear message to Universal Champion Brock Lesnar ahead of No Mercy as “The Monster Among Men” would pick Big Show up and hurl “The World’s Largest Athlete” into the side of the cage, breaking the cage and sending Big Show to the outside! As No Mercy draws near, what else will Braun Strowman do to try and intimidate Brock Lesnar?