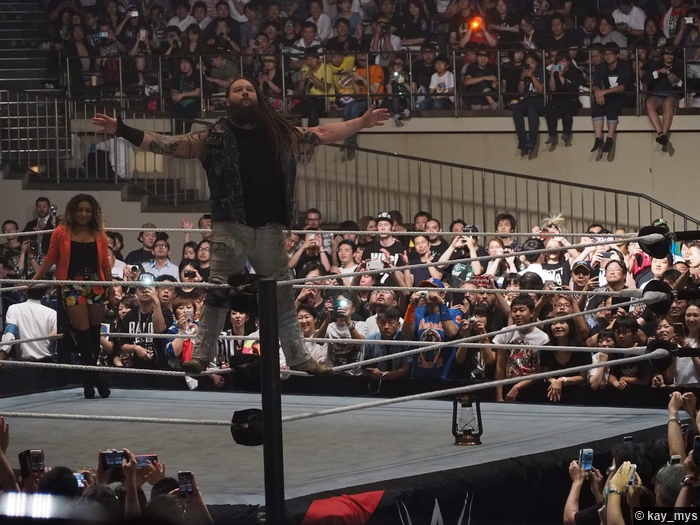 The thirteenth edition of WWE No Mercy will be a RAW-exclusive pay-per-view and it will come to you, live on the WWE Network, two weeks from this Sunday on September 24 from the Staples Center in Los Angeles, CA. As announced on this week’s RAW, the RAW Women’s Championship will be defended in a Fatal 4-Way Match. In addition, the RAW Tag Team Championship, the WWE Cruiserweight Championship, and a rematch between Finn Balor and Bray Wyatt are all scheduled for the event. Here is the updated card for No Mercy:

Which match are you most looking forward to? Post your comments in the box below.