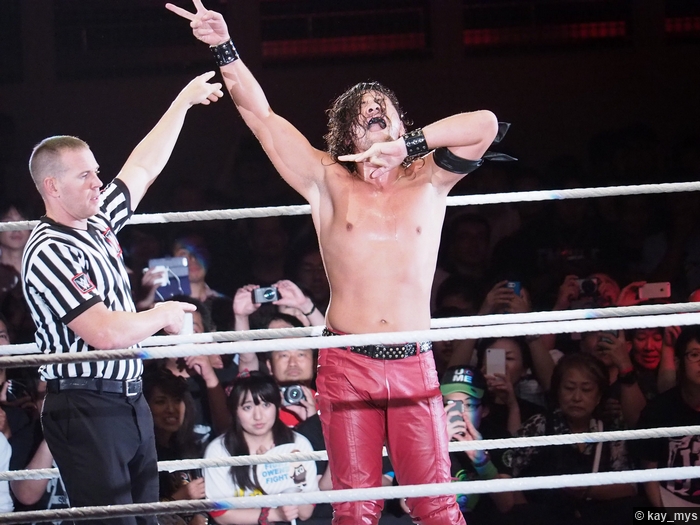 The 937th edition of WWE SmackDown LIVE came to you, live, from the Quicken Loans Arena in Cleveland, OH. In what many fans would consider an improbable dream match, a surreal matchup would take place on SmackDown LIVE that, just a couple of years ago, would have been nothing more than a fantasy as, for the first time ever, “The King of Strong Style” Shinsuke Nakamura would go one-on-one with sixteen-time former World Champion John Cena with a match against Jinder Mahal for the WWE Championship at SummerSlam at stake! Can Shinsuke Nakamura Kinshasa his way to the biggest win of his WWE career and earn his first shot at the WWE Championship or will John Cena halt the momentum of “The Rockstar” and prove that he will not be deterred in his quest for his seventeenth World Title? Also on SmackDown LIVE, after an incredible Triple Threat Match last week that saw new United States Champion Kevin Owens lose the United States Title back to AJ Styles in a match that also featured the returning Chris Jericho, “The New Face of America” would waste little time in invoking his rematch clause as the rematch would take place on this week’s SmackDown LIVE when AJ Styles defends the United States Title against Kevin Owens! Who will emerge as the United States Champion and will this match put an end to the heated rivalry between AJ Styles and Kevin Owens?