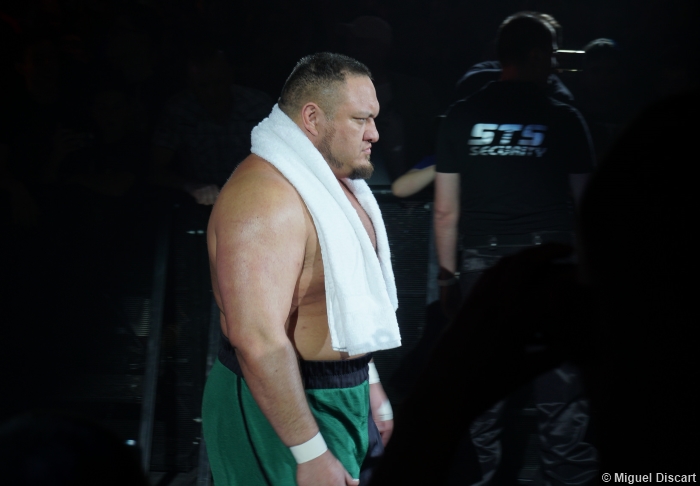 One night after Extreme Rules, the 1254th edition of WWE Monday Night RAW came to you, live, from the Mohegan Sun Arena at Casey Plaza in Wilkes-Barre, PA. At the end of a grueling #1 Contender’s Fatal 5-Way Extreme Rules Match that included Roman Reigns spearing both Finn Balor and Samoa Joe through the ringside barricade as well as Seth Rollins putting Bray Wyatt through the Spanish announce table with a frog splash, it looked as though Finn Balor would be heading to Great Balls of Fire to challenge Brock Lesnar for the Universal Championship after “The Demon King” hit Roman Reigns with the Coup de Grace, but it was an opportunistic Samoa Joe that would pounce on Balor, locking in the Coquina Clutch and choking Finn out to pick up the potentially career-making victory as Samoa Joe has punched his ticket to go one-on-one with Brock Lesnar for the Universal Title at next month’s WWE Great Balls of Fire pay-per-view. With his sights now set on slaying “The Beast” at Great Balls of Fire, how will Samoa Joe approach the biggest match in his WWE career? What will become of the four Superstars who failed to become #1 Contender?