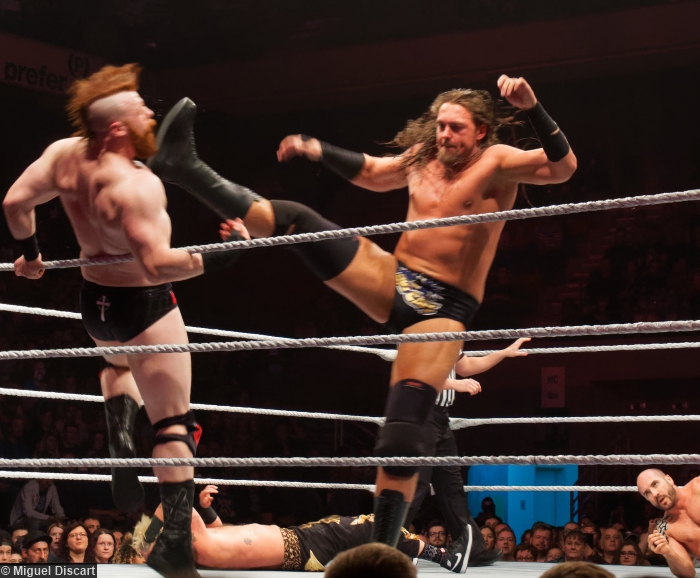 The 1256th edition of WWE Monday Night RAW came to you, live, from the Ford Center in Evansville, IN. Even though SummerSlam is still two months away, one Superstar already has some big plans in store for “The Biggest Event of the Summer” and that Superstar is Roman Reigns and “The Big Dog” would kick off RAW to reveal his SummerSlam plans to the world! Having already defeated and possibly retired The Undertaker back at WrestleMania, what does Roman Reigns have in store for the second biggest show of the year? Also, with the Great Balls of Fire pay-per-view less than three weeks away, everyone is talking about the Universal Championship showdown between “The Beast” Brock Lesnar and “The Destroyer” Samoa Joe. After last week’s brawl between Lesnar and Joe on RAW, what else do these two vicious competitors have in store for each other?