The Ultimate Opportunist Sets The Pace 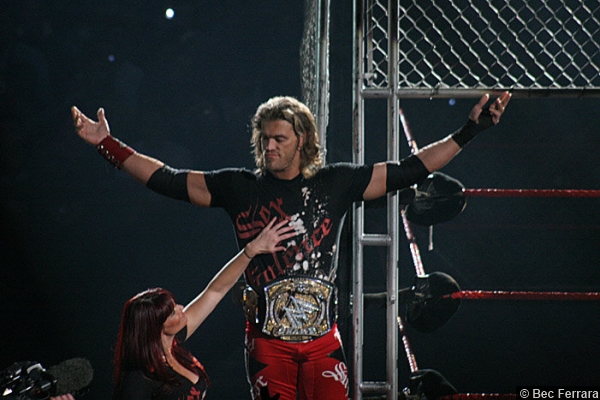 Arguably, no Superstar has earned the nickname “The Ultimate Opportunist” more than WWE Hall of Famer Edge, who racked up eleven World Title wins in his illustrious career and two of those title wins were thanks to the Money-in-the-Bank contract. Supposedly the brainchild of Chris Jericho, the first ever Money-in-the-Bank Ladder Match took place at WrestleMania 21 with Edge, Chris Jericho, Chris Benoit, Kane, Christian, & Shelton Benjamin taking part in the inaugural melee for the briefcase. At the end of the match, it was the title-obsessed Edge who would become the first “Mr. Money-in-the-Bank” in history. At the time, all we knew was that the Money-in-the-Bank briefcase could be cashed in at any time for a guaranteed shot at the WWE Championship; it was a fresh concept with a ton of uncertainty surrounding it.

Then, on January 8, 2006 at WWE New Year’s Revolution, fans would witness what the Money-in-the-Bank contract is all about. After a bloody Elimination Chamber Match for the WWE Championship where John Cena outlasted Kane, Carlito, Chris Masters, Shelton Benjamin, & Shawn Michaels to hang onto his WWE Championship, “The Champ” was not even on his feet when Vince McMahon would come out and proclaim that “this night is not over”, instructing the ring crew to raise the Elimination Chamber structure. The Chairman then explained that “this individual is cashing in his Money-in-the-Bank privilege that he earned at WrestleMania” before Edge would come out, briefcase in hand, with Lita by his side and, in one of the most iconic and surreal moments in WWE history, “The Rated R Superstar” would hand over his Money-in-the-Bank briefcase and the impromptu WWE Championship match would get underway with Edge chomping at the bit for his first World Title in WWE.

While the bloody champion would kick out after the first Spear from Edge, the second would do John Cena in as Edge would size up Cena and deliver a second Spear, securing the three-count and becoming the WWE Champion for the first time in his career. Edge would grasp the WWE Title with tears in his eyes as the Albany crowd erupted over the crowning of a new champion with Joey Styles putting it best by proclaiming “Edge has shocked the world”. Sure, Edge would lose the WWE Title back to John Cena a few weeks later at the Royal Rumble, but it was that moment on that night in Albany that Edge introduced the world to just how important it is to be in possession of the Money-in-the-Bank briefcase. That cold night in Albany would only be the start of Edge’s Rated-R era in WWE and Edge’s arrival as a main event Superstar all began thanks to Money-in-the-Bank.

Money-in-the-Bank Gets Taken to the Extreme 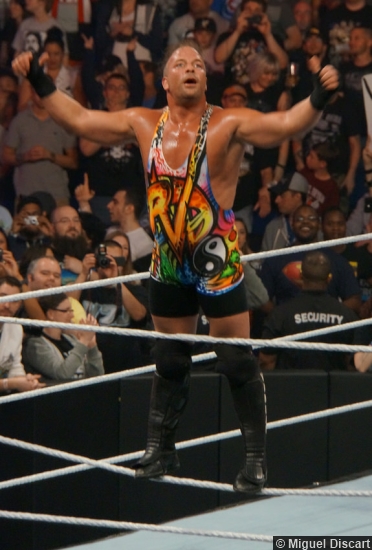 Often viewed as one of the best wrestlers in the world to never win a World Title in his career, that would all change for Rob Van Dam in 2006. After defeating Ric Flair, Finlay, Matt Hardy, Shelton Benjamin, & Bobby Lashley in the Money-in-the-Bank Ladder Match at WrestleMania 22 to win the Money-in-the-Bank briefcase, the second “Mr. Money-in-the-Bank” in history would make history as, unlike his predecessor Edge, RVD would let WWE Champion John Cena know ahead of time that he would be cashing in his Money-in-the-Bank contract at ECW One Night Stand, giving the ECW Original the clear, home field advantage for his title match. Before The Zombie, Extreme Expose, and Vince McMahon as the ECW Champion, there was a lot of anticipation of the return of ECW as a third brand in WWE and that anticipation was evident at ECW One Night Stand 2006 (which, at the time, was WWE’s yearly tribute to the original ECW), especially after RVD made his intentions known to walk out as the new WWE Champion. In the infamous Hammerstein Ballroom in New York City where many a ECW star shed blood in their hardcore careers, WWE Champion John Cena would walk into a hostile environment the likes of which he had never seen before. With the rabid ECW fans solidly behind Rob Van Dam to the point of bringing signs such as “If Cena Wins, We Riot” and chanting derogatory things at “The Champ”, there was no doubt that the world was about to witness a momentous night.

In true ECW fashion, the WWE Championship match would be contested under Extreme Rules, meaning that anything goes and that would come to fruition in a hardcore championship match for the ages. What ensued was a match that initially resembled a pure wrestling match between champion and challenger, but would soon devolve into the extreme with RVD using his agility, not to mention the crowd’s overwhelming support, to combat John Cena on the outside. No stranger to taking things to the extreme (just see his “I Quit” Match against JBL at Judgment Day 2005), John Cena would hold his own in the championship match, taking some of RVD’s best shots and still staying in the fight while delivering some hardcore punishment of his own. At one point in the match, the ECW referee would show his bias towards Rob Van Dam and John Cena would respond by leveling the referee with a clothesline. Then, just when it looked like Cena had everything under control after delivering the F-U to RVD to the outside, it was Edge who would be the difference maker as “The Rated R Superstar” would emerge from under the ring, delivering a Spear to John Cena through the table. RVD would then hit Cena with the Five-Star Frog Splash and, with ECW mastermind Paul Heyman counting the pinfall, RVD was crowned the brand new WWE Champion, celebrating with the fans and his fellow ECW Originals alike, ushering in a new era in WWE. 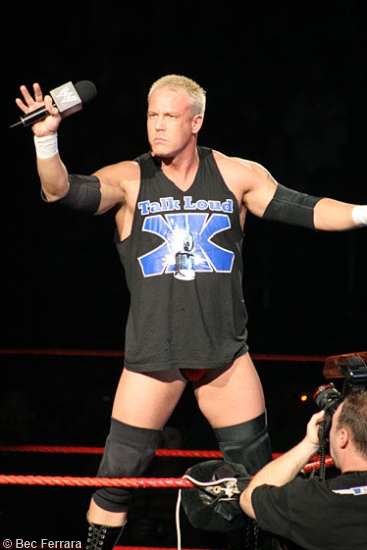 It’s no secret that Mr. Kennedy had a difficult time during his WWE tenure as injuries and suspensions cost Kennedy push-after-push, but Kennedy’s biggest bit of bad luck had to be after he won the Money-in-the-Bank briefcase at WrestleMania 23. Defeating Edge, Finlay, Matt Hardy, Jeff Hardy, CM Punk, Randy Orton, & King Booker to win the briefcase on “The Grandest Stage of Them All”, Mr. Kennedy was set for, potentially, the biggest push of his career as the holder of the Money-in-the-Bank briefcase. Upon winning the guaranteed title opportunity, Mr. Kennedy would waste little time in setting his sights as high as possible, announcing the next night on RAW that he was going to cash in his Money-in-the-Bank contract at next year’s WrestleMania. Unfortunately for Mr. Kennedy, he would never get that opportunity as, a week later, Kennedy would put his Money-in-the-Bank briefcase on the line in a one-on-one match against Edge and Edge won the match, giving Mr. Kennedy the dubious distinction of being the only “Mr. Money-in-the-Bank” in history to lose his briefcase in a match. After this match, it was revealed that Mr. Kennedy had torn his right triceps muscle and would be out of action for five-to-seven months (though it was later revealed that the injury was not as serious as initially thought).

The decision to have Edge win the Money-in-the-Bank briefcase from Mr. Kennedy would make Edge the first Superstar to be a two-time Money-in-the-Bank winner and the first (and only to date) to win the briefcase in a one-on-one match. “The Ultimate Opportunist” would waste little time in cashing in his newly won opportunity as, just a few days later, Edge would cash in the Money-in-the-Bank briefcase on The Undertaker moments after The Undertaker retained the World Heavyweight Championship in a Steel Cage Match against Batista and was on the receiving end of a post-match assault by Mark Henry. Despite being a RAW Superstar, Edge would swoop in and defeat “The Phenom” to become the brand new World Heavyweight Champion. 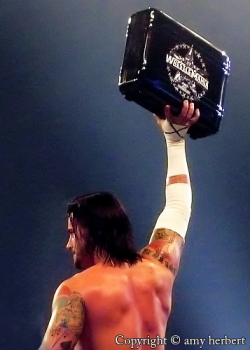