Any movie that features the line “you wanna watch something stupid?” within the first few minutes is just begging to have that come back to haunt them. And it did, and that was about the only haunting thing to happen in this terrible, terrible excuse for a horror film. 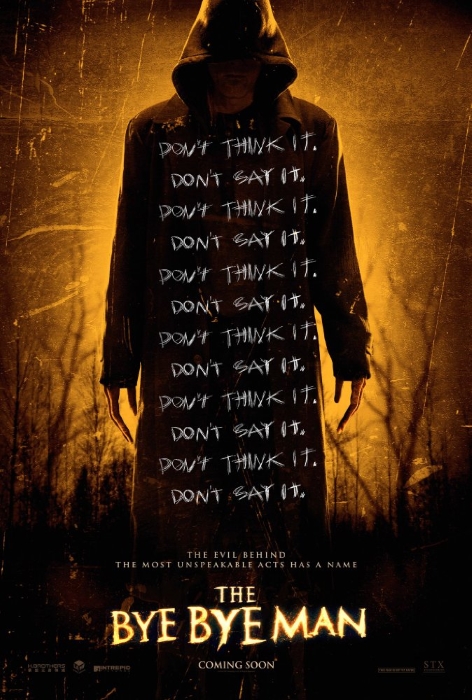 The Bye Bye Man is based on a character that appeared in a chapter of a book called The President’s Vampire. So we’re not even getting a full adaptation here. We’re getting a character in a chapter in a book being stretched into a full-length movie. The character itself (and the chapter in the book) is based on true events the way Psycho is based on true events (that is to say, it isn’t but it’s spooky to say it is). It is claimed that 19th century Louisiana was once haunted by an immortal, albino killer who preyed upon any who uttered his unspeakable name (“bye bye man” I suppose). Whether there ever even was a mortal albino Cajun killer is unknown, the author of “The President’s Vampire” just casually wrote “this was told to me by a friend, who said it was true.” And that’s the basis for the claim “based on a true story.”

Nevertheless the premise is just good enough to build a story around, and in 2014 it was sold to Hollywood to be turned into, what was hoped to be the next great horror franchise.

The second red flag was that it sucked. From beginning to end. The whole thing. It sucked. 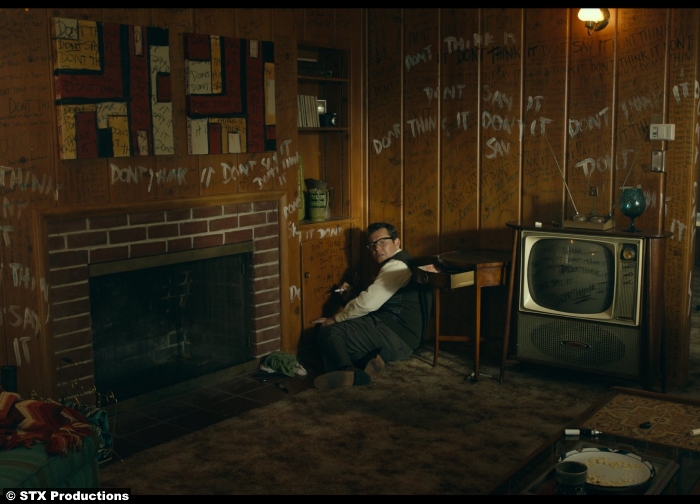 Keep in mind that the people in charge of releasing this movie—STX Entertainment—originally slated it for an October 14, 2016 release. But the date was moved…up…to June 3, 2016 after post-production was completed and the movie was test-screened. Typically when a movie is moved to the summer, that’s a good sign, but when you’re a horror film, you want the fall release. Losing its October date was not a good sign, and things proved even more foreboding when it missed its June target too, and just sort of quietly disappeared for several months. It wasn’t until Thanksgiving that STX finally confirmed that the movie would premiere in early 2017, and after all that flipping and flopping the film has finally seen the light of day. The first month of the year isn’t necessarily the place where movies go to die; some great Oscar contenders and some minor gems have opened in January. But when a movie is moved around and finally ends up in January…there’s probably a reason.

STX knew they had a bomb, so they dropped it in a black hole, to be swallowed up by Oscar contenders like La La Land, and 2016 holdovers like Star Wars and Hidden Figures. 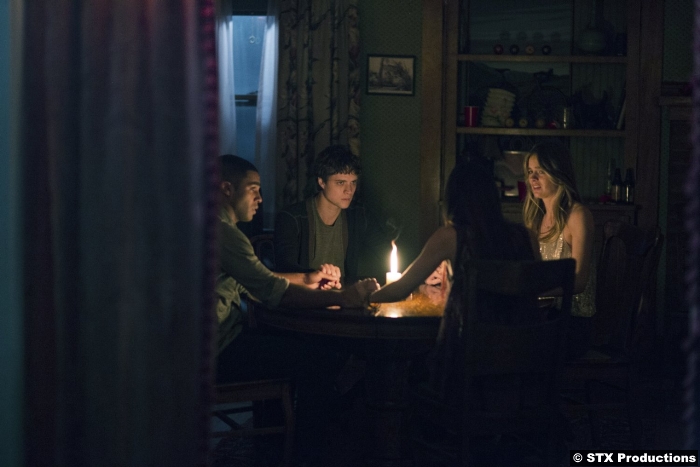 That’s the whole movie in a nutshell.

The rest of the characters fare no better, having dialogue that’s just as cliched and just as on the nose as the librarian’s, along with delivery on par with Sharknado.

And then there’s the special effects. Granted, the movie had a sub-10mm budget, but the CG effect work to bring The Bye Bye Man’s pet dog to life was so terrible, it would have looked poor in a movie from 1998. If you don’t have the money to make it work, cut it out of the story. The dog offered nothing to the plot anyway. As for the rest of the production, there was no memorable score, no imaginative set pieces, no risks taken whatsoever, and no clever shots or angles (apart from one scene where a girl peers into a small door, and as she does, the aforementioned dog peeks its head out of another door, opposite her; that was framed really well).

But the most egregious flaw of them all, and the one that damns the whole production, is the fact that this film is marketed as a scary movie but it lacks any scares whatsoever. AT BEST you will jolt or jump due to a character suddenly popping up on the screen. That happens maybe three times. Other than that, you will spend the entire ninety minutes waiting to be scared. It took the worst elements of Candyman, Nightmare on Elm Street and The Babadook, stripped away everything that made those properties fun, clever or disturbing, and offered up a worthless hunk of celluloid unfit even for the bottom of a bargain bin at your neighborhood Wal-Mart.

Bye Bye Man offers no redeeming value and nothing to make it worth seeing. Ever. It would have to be quite the movie to supplant this one as worst film of the year. 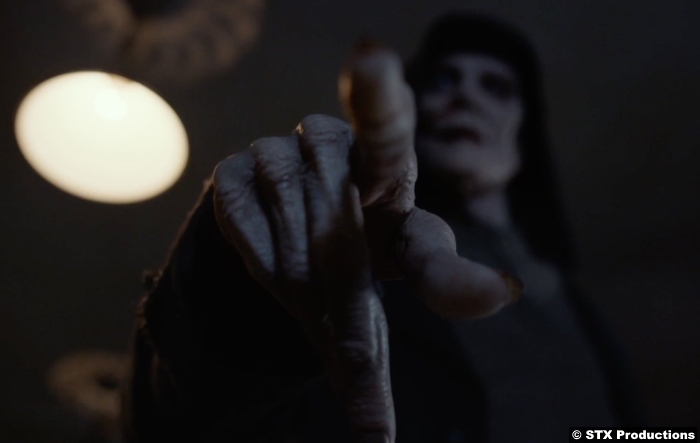 1/10 – Perhaps there was potential in the premise, but no good came from it in this movie.