Sometimes a sub-par movie comes along that had a lot of the pieces at its disposal to be good, but because of one or two key decisions, the end-result was a misfire. Other times a movie just sucks, and usually everyone involved knows it.

Fifteen years ago, Gore Verbinski directed a remake to a late-90’s Japanese horror film, called “The Ring.” It was a solid film with a good hook, some tense set pieces and fine-enough acting. It was akin to last year’s Lights Out in that it clearly put effort and thought into its plot and tried to be more than just a “good horror movie.” It tried to be a good movie first and foremost, which is probably a credit to its future big league director. A sequel (The Ring Two) followed a few years later, and though Naomi Watts’ acting was praised, everything else was harshly criticized: The originality of the first was stripped away, with nothing fresh or inventive offered. Instead the film settled for cheap scares and a tired plot device (the bad guy has possessed the main character’s child). Fans weren’t interested in it either, and the film ended up grossing around 100 million dollars less than the first (250mm vs 160mm).

After that the franchise was forgotten, with the first popping up on basic cable to be enjoyed every now and then. It never developed (or even started to develop) into a cult classic, nor was it a huge enough hit to justify bringing it back after so many years. But here we are: In this age of pointless sequels, unwanted remakes, and unnecessary reboots, Rings arrives in early February, offering none on the cleverness of the first and none of “at least the acting isn’t bad” of the second. 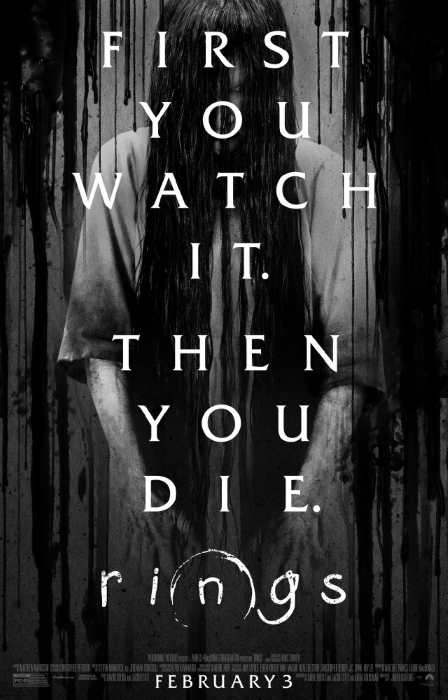 It’s not a remake, and though everyone involved insisted that it was a true sequel to the original movie, it is for all intents and purposes yet another Hollywood reboot. To be specific, it does happen after the events of the first two movies, though none of those events are even alluded to. You only know those movies happened because the movie tells you that the cursed video tape/digital video file has been going around for a while. But of course, lots of movies start with certain elements already established in the world; if you had never seen the first two Rings movies, you’d be able to watch this from the start and not feel lost. The rules of the tape and the history of Samara the ghost child are all laid out for you once more (despite being fully unveiled in The Ring and The Ring Two). Everything is presented as brand new information to the characters and the audience. This is not a true sequel; it’s a glorified reboot.

And it forgot to reboot anything that made the first film any good. 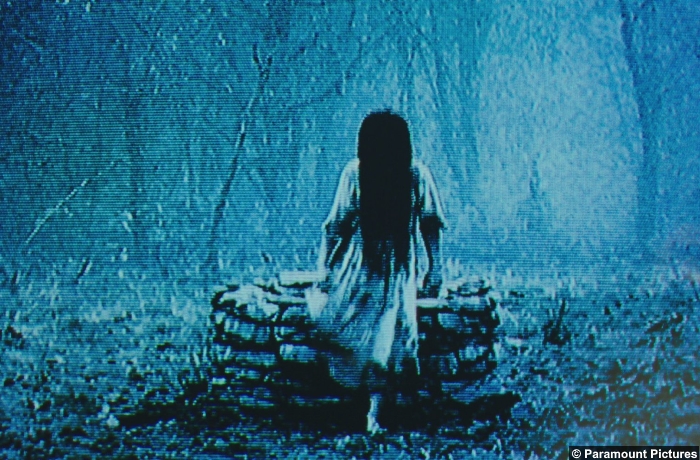 Whereas the first one felt original, clever and fresh, and offered great set pieces that were either shocking, disturbing or downright terrifying, Rings offers nothing. It is a terribly bland, cookie cutter horror movie, whose scares are the cheapest kind, whose plot is paper thin and whose acting is an insult to the word. It starts with the director, who clearly had no vision for the movie. It wasn’t about anything. It had no subtext. No one learns any lesson. No one goes away having developed as characters. There are no characters. There are people that have stuff happen to them; they stumble into their deaths, or they race head-first into their deaths because of stupidity or bravery, but they have nothing under the surface. They are plot devices, moved around as needed to take the audience from one “scary scene” to the next.

Except there’s nothing scary about this movie, unless you think someone jumping out of the shadows, going “BOO!” is scary. And if you do, then you’ll love Rings, because it has that in spades.

The only thing this movie knows how to do is create a jump scare (long quiet scenes that suddenly feature a music cue, the appearance of something jumping out of the darkness or around the corner). Jump scares are the cheapest form of fright in a horror film because they accomplish nothing. After the BOO there’s nothing else; no one is chased down a hallway, no one engages in a losing battle. It’s just BOO and then either someone dies, or the bad guy disappears (because MIND GAMES), or it turns out the BOOer was just a friend popping up to say hi.

Jump Scares in a horror movie should be like pepper on eggs. Just a little for flavor that you really only taste every now and then. Other kinds of scares should be implemented (like the Window Scares that the Conjuring and Insidious movies do so well) to break up the monotony. And Rings didn’t even do jump scares correctly. Jump scares only work when sometimes nothing happens. Sometimes you have to have the dark room, the quiet-but-escalating string note, the feeling that something is about to happen and then…nothing happens. You need those teases to keep you on your toes, so that when something does go BOO, it will have maximum effect. In Rings, every moment that seems to be leading to a jump scare ends with a jump scare. And after an hour, you’re all BOOed out, and nothing scares you anymore.

Once that happens you’re forced to pay attention to the plot and the acting, and then the nightmare really begins.

There is only one scene in this movie that offers “sustained dread” and it comes at the climax of the picture, as the main character is being hunted up and down a two story house (by someone other than Samara). For a good thirty seconds I felt tension for the first and only time in the movie. Not good.

And of the scares the movie does dish out, there isn’t one scene or moment where you will say “that was something new” or even a milder “that was clever.” The 2002 movie wowed everyone with a stunning conclusion, where Samara climbed out of the TV for the first time. It was unlike anything ever seen before (thanks to some very flawless digital effects). That scene appears in this movie early on, leading you to think it will be topped in its own climax, but no: What this movie offers is a scene—spoiled in the trailer, thus giving away the moment the whole film had been building toward—where the main character pulls a strand of Samara’s hair out of her throat.

The Ring (2002) had a top shelf director, a big name lead actress, a score by Hans Zimmer, and a story loaded with enough twists and turns (and a surprising ending) to keep the viewer engaged the whole way through. Rings (2017) is a movie that had the potential to be good. There is potential for the plot to go in an entirely different direction early on, as we are introduced to a professor fascinated by the haunted video and its mortal effects on everyone who watches it. He has a makeshift laboratory/bunker set up to monitor everyone that has seen the video, with timers counting down till their seven days (before they are supposed to die) ticks to zero.

A lot could have been done with that concept, so it was frustrating to watch the movie turn away from exploring it, to settle for the lowest common denominator plot device. It became another run of the mill “we’re being haunted, let’s discover the secret of our enemy and end the haunting!” story that has been done countless times before, and better in almost all of them. 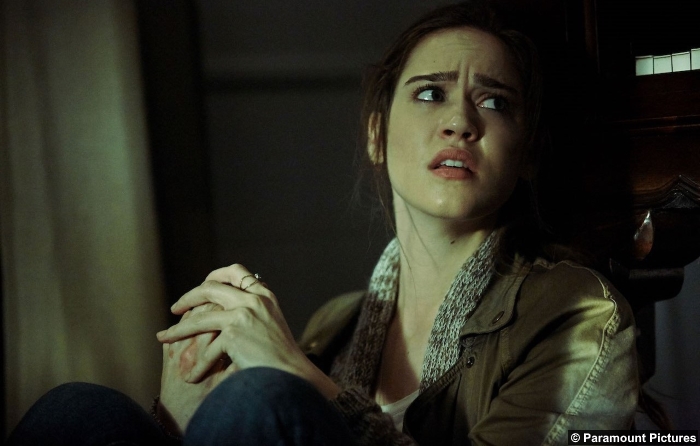 We’re two scary movies into 2017 and so far both have been busts. Surprisingly, it’s up to Jordan Peele to save horror fans. Who’d have seen that coming?