Frequency, one of the CW’s new fall shows, is based on the 2000 film of the same name. Like The Exorcist series, it’s updated to modern times, but otherwise hews fairly closely to its origin. But is it any good? I took a look. 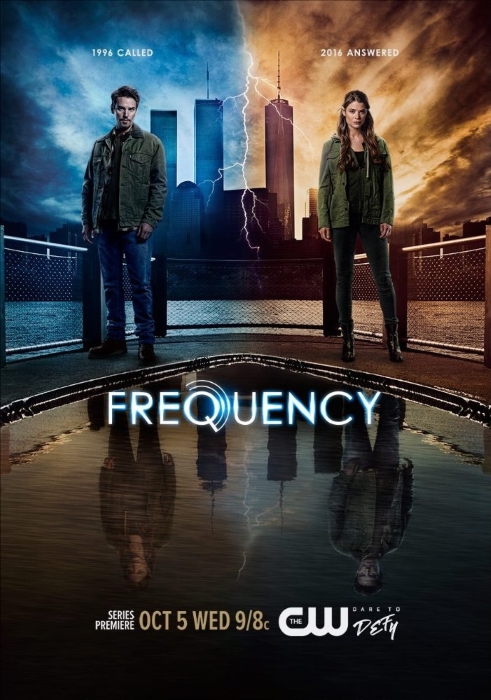 The new Frequency is set in 2016. Instead of a son, we’re focusing on a daughter, Raimy Sullivan (Peyton List). The dad is still Frank Sullivan (Riley Smith), but now he’s a cop. Or he was a cop, until he was killed in 1996, when he was undercover and apparently had gone dirty. It should come as no surprise that that may not turn out to be the truth.

Father and daughter get back into communication through a ham radio, which gets a boost from an electrical storm. At first, they both share the same disbelief that this is actually happening. As he recounts that night’s Yankees game, she thinks he’s reminiscing and mentions the next night’s game, which he thinks she’s predicting. They get it all sorted out that time, though. After they figure it out, Raimy is not that enthusiastic at the thought of speaking with the dad she thinks first abandoned her and her mother, then died in disgrace. Talking, though, gives him a chance to tell his side of the story. According to Frank, he is not dirty and that night was supposed to be a sting. He doesn’t know what went wrong, of course, because he hasn’t lived that night yet. That night is tomorrow in his timeline. 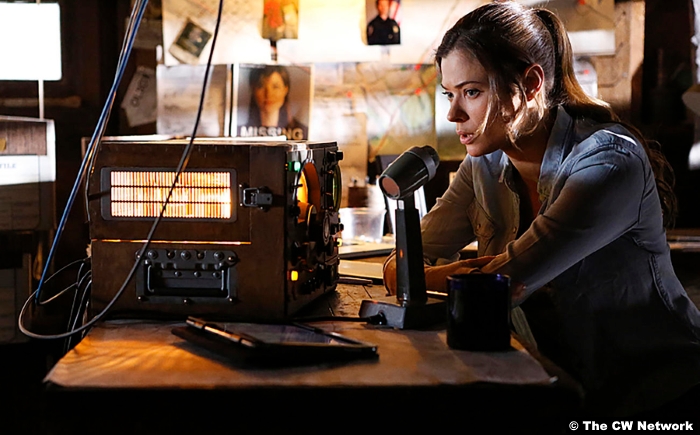 This is what I meant by saying they sorted it that time. As the episodes go on and future Raimy influences past Frank, he changes the future and the timelines get a little fuzzy.

Thanks to the warning from Raimy, Frank stashes a gun at the shipyard and survives the night, albeit with a gunshot wound. This is where I break in to confess that I’m not entirely sure what this undercover operation is about–guns? drugs?–but it involves a product being sold by a Little J, who disappointingly is not Gossip Girl’s Jenny Humphrey. And Frank might not be dirty, but his boss sure is. He’s the one who set up Frank. We’ll have to table that for the moment, because again, Frank was just shot. His living alters the future in some pretty significant ways. For one, his estranged wife Julie (Devin Kelley), a nurse, brings Raimy to visit and while there, Julie is apparently spotted by the Nightingale, a serial killer who targets nurses. [That name seems disrespectful to Florence, but okay.] In the future, the unknown female body they’ve just found is then identified as Julie, who now went missing in the past.

There are other changes as well. In the old future, Raimy was engaged to a former patient of her mother’s. Now, since her mother went missing, Raimy and Daniel (Daniel Bonjour) never met and he doesn’t know her.  She’s been ghosted, but by the past. Also, her dad is still dead in the future, because now he died in a car accident. 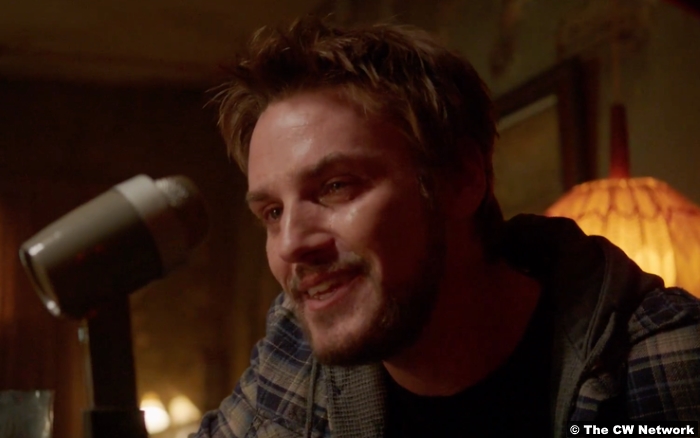 That’s all part of the…dare I say, wibbly-wobbly timey-wimey stuff. Everything about the present is uncertain, because literally anything Frank does, big or small, could affect the future in ways we have no possible method of conceiving. Just think about the domino effect that led to your own existence. Do your parents have a meet-cute story, like they met because they were both at the same diner and your mom asked to borrow your dad’s ketchup? Well, if that diner had had more conscientious employees or if the previous table occupant had already swiped a bottle from another table, you might not exist right now. That’s how small a thing can be that affects a whole future.

And now that I’ve drawn an acrobat and a flea on a paper plate for y’all, let’s get back to the meat of the show. So there are some dirty cops. That’s not awesome, but more importantly, Julie is going to be snatched and murdered in less than three months. So that crime is worked in both timelines. Julie’s body was found in a marsh; Raimy and her boss, Satch (Mekhi Phifer), find a sexual assault that also happened at the marsh. And the victim was a nursing student. Raimy goes to talk to the alleged offender, Thomas Goff, who’s now a family man and dismisses the incident as a youthful indiscretion. However, Frank and Satch also visit him in their timeline and little do they know, but he’s got a gal locked up in his little murder shed. She manages to escape, though. The body found in the present timeline probably was her, until Frank wrinkled the time. That is, if Goff is the Nightingale. And speaking of Frank making everything the darkest timeline, when Raimy goes to Goff’s house the day after her first visit, the Goffs haven’t lived there in twenty years.

If this all still seems confusing, that’s the biggest flaw of the show. The length and pace of the movie meant that everything was kept much tidier. However, since a series has room to stretch out–read: space to fill–it can end up getting quite convoluted. Fatally convoluted. That it was already becoming a problem in the second episode does not bode well. Also a problem in the second episode? The scene where Frank brings Julie out to the ham radio, to have adult Raimy tell her that Frank’s not lying about her being in danger. And RAIMY DOESN’T SPEAK. This scene is nonsense, the kind of thing that happens only in fiction so that the story can unfold the way the writers want. I can’t imagine why the show thought it would work, but it was infuriating in any timeline.

7/10 – There are good ideas, a good cast, (and a very good movie) behind Frequency. However, the show needs to tighten up its writing. We want to like these characters, but they don’t have to act so much like characters.