AMC’s zombie behemoth The Walking Dead will return to our screens on October the 23rd, ending a six month long cliff-hanger that rocked the show’s characters and fans alike. In a move that angered a great number of the show’s fan base, in this case the great number would be 100% of the fan base, Negan was introduced, talked for about fifteen minutes, brandishing his signature weapon Lucille, the barb-wired baseball bat, and playing ennie meenie for which core cast member he’s going to kill. He did kill one of them, that’s for sure, and the whole season was built up to that final moment. After a couple of years playing it safe: basically if you’re not in the opening credits in season 5, and 6 you’re dead, someone was finally going to get cut from the core group. Yet after an extended episode we were still left wondering. So let us dive into a blood soaked world of wild speculation and try to figure out who had their first, and last dance with Lucille. Spoilers from the comics will follow. 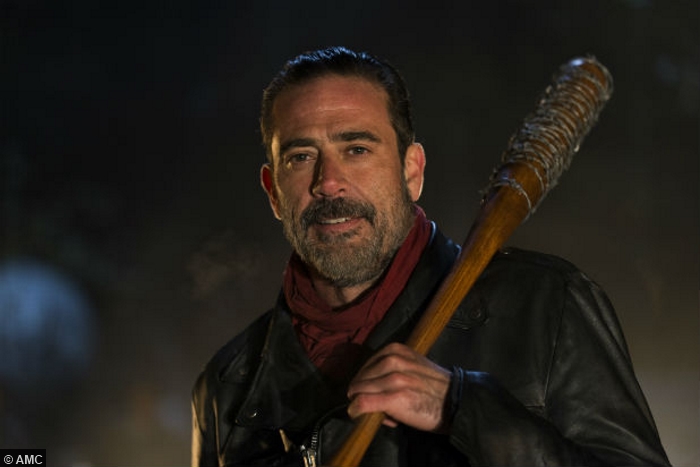 Rick is safe. It’s a pretty safe bet that the leader of “the group” will still be the leader when the blood dry’s. Let’s think of it from Negan’s perspective. First of all, he clearly said that if Carl screamed that one of his cronies take out one of Rick’s eyes and feed it to him. Only in The Walking Dead can this line seem like good news, for it means both Rick and his son live to horribly die another day. Most importantly, Negan wants a business relationship with Alexandria, an unfair one of course, and Rick is the leader of Alexandria. It makes sense that killing one of his friends in front of him when he’s powerless to stop it is a pretty effective power move. All Rick needs to do is remember Lucille the next time he wants to step out of line.

Carl is safe because he already got shot in the face, call me crazy, call me naive, but The Walking Dead writers are not that cruel. Plus in the comics Negan’s arrival has many storytelling possibilities for Carl. Will the show go the same route and have Negan take a shine to Carl? We’ll find out.

Now this is when we get into story-telling clichés. Michonne, badass modern day Ronin Michonne, is now Rick’s love interest Michonne. Yes the one bit of levity in season 6 may have marked Michonne for death because we all remember what happened to Rick’s last two love interests. Thankfully this isn’t a sure thing, and it would be a bit cheap if Michonne finally gained some semblance of her old self due to Alexandria, for that to be taken away. Plus if you’re Negan, who’s had eyes on this group for a while, you would know that killing the guy you need to scare into cooperating with’s  partner, is a guaranteed fast track to that dude ripping your throat out with his teeth and damn the consequences. 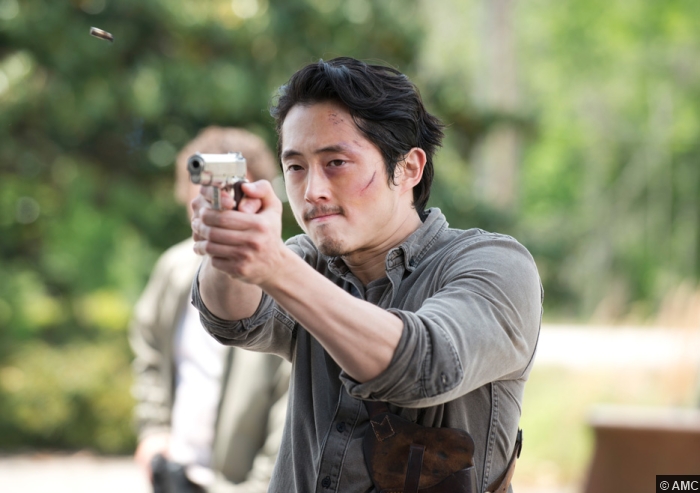 So it’s Glen right? It must be, this is his comics mandated death. This is the death that has been foreshadowed since the guy with the baseball bat in Terminus, right? Well, maybe, and maybe not. Season 5, and 6 have shown that the show’s creative team want us to think Glen is the luckiest man in the zombie apocalypse. He has survived too many incidents with the undead that have claimed the lives of many a recurring character. In fact if you were an Alexandrian going out on a hunt with Glen I suggest you fake some stomach pains. This, and the fact that the writers know by now that the fans know that Negan’s introduction in the comics equals Glen’s swift exit. It would be just like them to continue to play with audience expectations. The signs of his doom are there as well. In the massacre of the Saviors in “Not Tomorrow Yet” Glen commits his first murder as he ends the life of two sleeping saviours. Above the bed of the second one there are polaroid’s of Lucille and her handiwork, and Glen is the only one who sees this. Plus in a now deleted clip, a fan of the show cleared up the audio of the final moments of the finale. What we hear is Maggie shouting Glens name, oh dear.

Killing a woman who is clearly miscarrying is not the way to make friends and influence people. Maggie will survive this, with Glen or without, with child, or without. Maggie has been the PR face of Alexandria, and the only one who can deal with Xander Berkley’s returning leader of the Hilltop community.

In the same vain as Maggie, Negan killing an injured Daryl is not the way to inspire fear in a community. Daryl has finally gotten out of his malaise, and the show has a bitter rivalry between him and Dwight, the Saviour that shot him. Surely Negan won’t take away the chance of revenge from one of his best men. 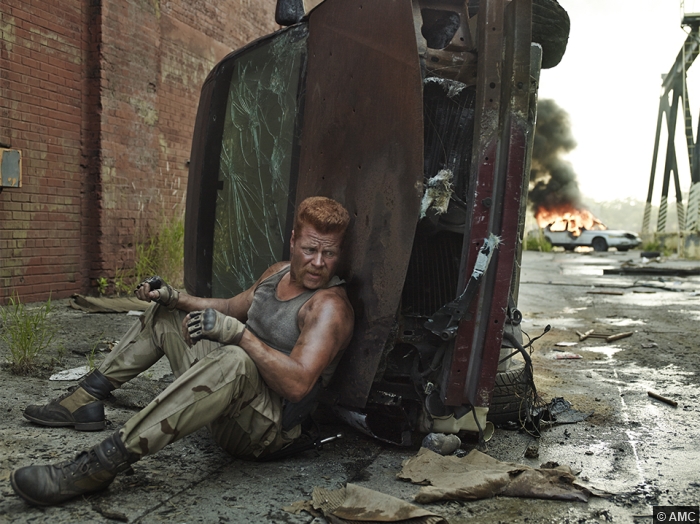 Abraham has to be a favourite for the chop. He has already survived past his comic book death, a good example of the writers playing with our expectations, just like with Glen. Abraham was supposed to die at the hands of Dwight, but poor Denise took her place. Do the writers have bigger plans for him, or was this a red herring so Negan could be the one to kill him? Abraham is one of the show’s most popular characters so his death would have a great impact on the way the show moves forward. He’s also the only one who doesn’t show Negan any fear. If you’re Negan you have to think that this guy could be a problem down the line. The most telling piece of evidence is that whoever Negan killed had to feel the wrath of Lucille twice. In Negan’s words the person took it “like a champ”. That sounds like Abraham to me.

It’s not Sasha, if the show continues its shoddy treatment of her character it will definitely be Abraham, because if she doesn’t have a man to grieve over the writers forget she exists.

Eugene may be on stage 2, and finally coming into his own as a character, rather than a quirky oddity. Let’s hope Negan spares him so we can get more of this new, tougher Eugene. The fact that he has plan to manufacture more bullets, and may be the only one who knows how, means that he could be a tremendous asset to the Saviours, and possibly the cause of their defeat.

Rosita is safe, mainly because her death wouldn’t have nearly as much impact as others in the cast.

Killing Aaron so soon after killing poor Denise (may she go on to a better role), would prove that there is no real place for gay representation on The Walking Dead.

Final Verdict: a tie between Glen and Abraham. Who’s to say Negan only kills one person, it could be both.