WWE: Career highlights of King Barrett, Damien Sandow and the other WWE releases 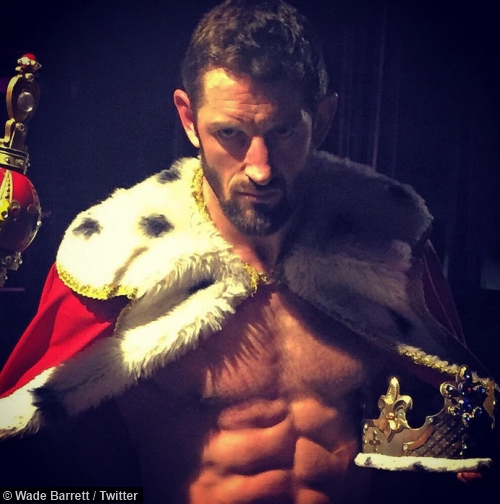 In what was being referred to as “Black Friday” in WWE, WWE announced they had come to terms on the release of eight Superstars as King Barrett (Stu Bennett), Hornswoggle (Dylan Postl), Alex Riley (Kevin Kiley, Jr.), Zeb Colter (Wayne Keown), El Torito (Mascarita Dorada), Cameron (Ariane Andrew), Santino Marella (Anthony Carelli), & Damien Sandow (Aaron Haddad) have all been let go from the company. This was the biggest cluster of main roster releases since June 12, 2014. 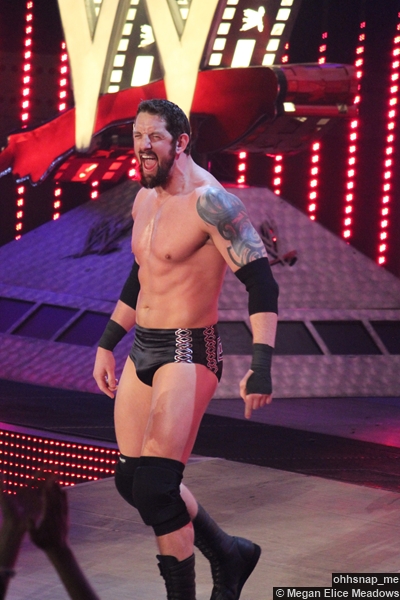 After initially being written off of TV on the April 4, 2016 episode of RAW when he was physically ousted from The League of Nations, it was expected that King Barrett (Stu Bennett) would sit out the remainder of his contract, which was set to expire in June. Following his release, Barrett would reveal on Twitter that he decided to request his release a few weeks early. Over a nearly ten year tenure in WWE, Stu Bennett (under the ring names of Wade Barrett, Bad News Barrett, & King Barrett) was a five-time Intercontinental Champion, the 2015 King of the Ring winner, and was a Rookie on the first season of NXT. Following the first season of NXT, Wade Barrett would lead the infamous group known as The Nexus, which was comprised of former NXT Rookies. Wade Barrett and his fellow Nexus members would most notably feud with John Cena, even forcing Cena to join The Nexus at one point. After CM Punk took control of The Nexus, Barrett would head to SmackDown where he would form The Corre with Heath Slater, Justin Gabriel, & Ezekiel Jackson and, during this time, Barrett would win his first Intercontinental Championship, but would ultimately lose the title to Ezekiel Jackson before The Corre split up.

On the June 23 edition of SmackDown, Bad News Barrett would suffer a separated shoulder during a match against Jack Swagger. Barrett was pulled from the WWE Money-in-the-Bank pay-per-view as a result and, ultimately, Barrett was forced to vacate the Intercontinental Championship after it was revealed that Barrett would need surgery to repair the injury. After five months on the shelf, Bad News Barrett would return on the Survivor Series Kickoff before returning to in-ring action on December 29, where he defeated Cesaro. Barrett would then kick off 2015 by defeating Dolph Ziggler in a 2-out-of-3 Falls Match on RAW to win his fifth Intercontinental Championship, ultimately losing the championship at WrestleMania 31 in a Ladder Match that was won by Daniel Bryan. Barrett was then scheduled to face Bryan for the Intercontinental Title at Extreme Rules, but Bryan was unable to compete, so Barrett instead faced Neville on the pre-show.

In April 2015, Bad News Barrett would enter the 2015 King of the Ring tournament, going on to defeat Neville in the Finals to become the 2015 King of the Ring. As a result, Bad News Barrett would change his name to King Barrett, feuding with Neville and R-Truth before forming an alliance with Stardust prior to SummerSlam, where Barrett and Stardust faced actor Stephen Amell and Neville in a losing effort. Following the brief alliance with Stardust, Barrett would go on to form a formidable tag team with Sheamus. The team of Barrett & Sheamus would ultimately recruit Rusev and become aligned with The Authority before the group would declare themselves to be The League of Nations with Alberto Del Rio later joining the group, as well. On the January 14 episode of SmackDown, Barrett would help Alberto Del Rio beat Kalisto for the United States Championship. The League of Nations then went on to feud with The New Day for group dominance, as well as the WWE Tag Team Championship. Barrett & Sheamus would challenge The New Day for the WWE Tag Team Titles at WWE Roadblock, but were unsuccessful in winning the titles. At WrestleMania 32, King Barrett was in the corner of his League of Nations teammates Sheamus, Rusev, & Alberto Del Rio in their match against The New Day (which was originally advertised as a 4-on-3 Match that also involved Barrett). The next night on RAW, King Barrett was identified as the “weak link” in The League of Nations and was physically removed from the group. This was Barrett’s final appearance on WWE television before he requested his early release. 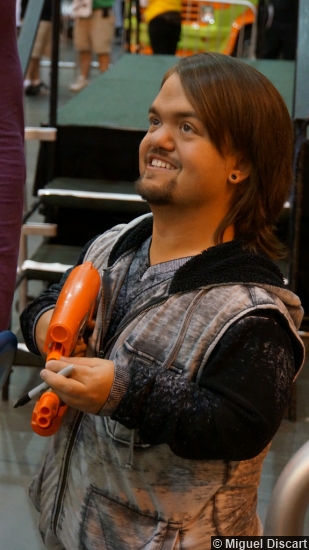 Dylan Postl would debut on the May 26, 2006 episode of SmackDown, using the ring name “Little Bastard” and aligning himself with Finlay, using the gimmick of a leprechaun that lives under the ring. Little Bastard would come out from under the ring and attack Finlay’s opponents after Finlay’s matches, but the character would become more aggressive over time and would start costing Finlay matches by interfering and even biting Finlay on occasion. This alliance would pay dividends for Finlay, who used his buddy’s assistance to win the United States Championship. Little Bastard’s name was eventually changed to “Hornswoggle”.

The angle as Mr. McMahon’s illegitimate son would continue for Hornswoggle as Vince would put Hornswoggle up against The Great Khali in a show of “tough love” from the Chairman. This would bring Finlay out to the aid of Hornswoggle, sparking a rivalry between Mr. McMahon and Finlay that would later include John “Bradshaw” Layfield, who was Mr. McMahon’s backup. At one point during the feud, JBL would handcuff Finlay to the ropes and, at the behest of the Chairman, JBL would viciously beat Hornswoggle in front of a helpless Finlay. Hornswoggle would then be out of commission due to the kayfabe injuries and, during this time, it was revealed that Hornswoggle was never Mr. McMahon’s son, but instead is the son of Finlay. The feud would culminate in a Belfast Brawl between Finlay and JBL at WrestleMania 24 with Hornswoggle returning to be in Finlay’s corner with JBL ultimately winning the bout. Later that year, Finlay & Hornswoggle were drafted to the ECW brand, challenging The Miz & John Morrison for the WWE Tag Team Titles at Night of Champions, but failing to win the gold. 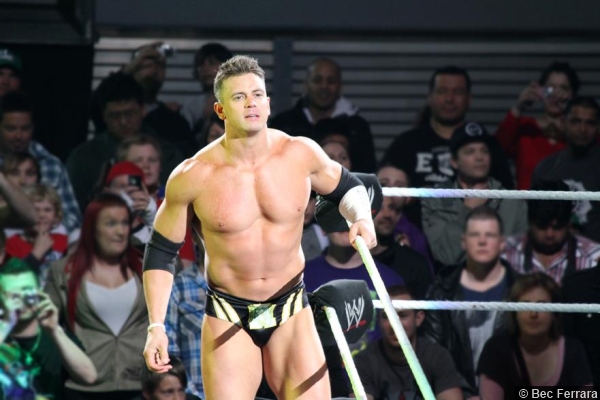 After three years in Florida Championship Wrestling (the predecessor to the modern NXT), Alex Riley would debut as a Rookie on the second season of the original NXT on June 8, 2010, being mentored by The Miz. Riley ultimately placed third overall in the competition with Kaval winning the season. Alex Riley would then make his RAW debut on September 6, 2010, coming to the aid of his former NXT Pro, The Miz. This would establish Riley as The Miz’s protege as Riley would repeatedly interfere on The Miz’s behalf and would occasionally take The Miz’s place in matches. After The Miz cashed in his Money-in-the-Bank contract and defeated Randy Orton to win the WWE Title, The Miz would engage in a feud with WWE Hall of Famer Jerry “The King” Lawler over the WWE Championship with Alex Riley twice costing Lawler the title during a TLC Match on RAW. In a championship rematch between The Miz and Randy Orton at WWE TLC, Riley would again help The Miz retain the WWE Championship.

On the February 28, 2011 episode of RAW, Alex Riley would face John Cena in a Steel Cage Match where, if Riley lost, he would no longer be The Miz’s apprentice. Cena would win the match as Riley was expected to be returned to FCW to be repackaged, but that plan would change and Riley would return a few weeks later, helping The Miz in a match against The Great Khali. Now with the title of The Miz’s “VP of Corporate Communications”, Riley would accompany The Miz to the ring for The Miz’s WWE Title defense against John Cena at WrestleMania 27.

Per the 2011 Supplemental Draft, Alex Riley would get drafted to the SmackDown brand, splitting Riley from The Miz for the first time in his career on the main roster. However, the split was short-lived as the storyline reason was given that Riley was not eligible to be drafted since he was employed by The Miz, not WWE. After The Miz lost the WWE Championship to John Cena at Extreme Rules, the partnership between The Miz and Alex Riley would get rocky as The Miz would repeatedly blame Riley for his shortcomings. This would lead to Alex Riley turning face, attacking The Miz and sparking a feud between the two with Riley getting his biggest win to date by defeating the former WWE Champion at Capitol Punishment. Following his feud with The Miz, Alex Riley would get involved in the United States Title picture, feuding with Dolph Ziggler over the title, but failed to win the championship.

After having to take several weeks off for a hip injury, Alex Riley would return to action, but would mainly appear on WWE Superstars, going on a long losing streak. Riley would then enter the 2012 Royal Rumble Match as the #2 entrant, ultimately getting eliminated by former rival The Miz. After some time on NXT, Riley would briefly return to the main roster before having to undergo elbow and knee surgery. Upon returning, Riley would take part in the NXT Tag Team Championship Tournament with Derrick Bateman as his partner, but the team would fail to win the tournament. Riley would also compete in a battle royal on RAW to determine the #1 Contender for the Intercontinental Championship, making it to the final four competitors before being eliminated.

Alex Riley would then transition into being a color commentator, commentating on NXT and Superstars and would also become an analyst on pay-per-view pre-shows. In 2014, Riley would return to in-ring competition at WWE live events before starting his “#FreeRiley” campaign in an attempt for WWE management to book him. A feud with then NXT Champion Kevin Owens would bring Riley back to televised competition with Owens ultimately taking Riley out, writing Riley off of television so that Riley could undergo knee surgery. After an eight month hiatus, Alex Riley would return to NXT on January 27, 2016 with a more disheveled appearance. Riley would fail to gain any traction upon his return, going on a losing streak with his last match in the company being against Shinsuke Nakamura on NXT which aired on May 18.