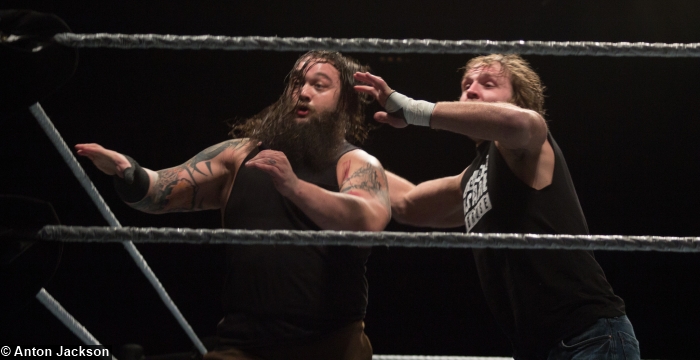 Twenty-seven days before WrestleMania, the 1189th edition of WWE Monday Night RAW came to you, live, from the Allstate Arena in Chicago, IL. Last week on RAW, “The Phenom” would step foot in a WWE ring for the first time since November as The Undertaker would make a special appearance to confront WWE Chairman Mr. McMahon regarding The Undertaker’s match with Vince’s son, Shane McMahon, inside Hell in a Cell at WrestleMania with control of RAW on the line for Shane. The Undertaker had a short and simple message for Vince, telling the Chairman that, come WrestleMania, the blood of Shane McMahon will be on the hands of his father, not The Undertaker. After hearing those chilling words from The Undertaker, Shane McMahon would be live on RAW for the first time since finding out he will be facing The Undertaker at WrestleMania. What will Shane have to say about his upcoming match inside “Satan’s Structure”? What will “Shane-O-Mac” have to say about his father’s cold address last week where he renounced Shane as his son and said that, to him, Shane is now just a “son of a bitch”?