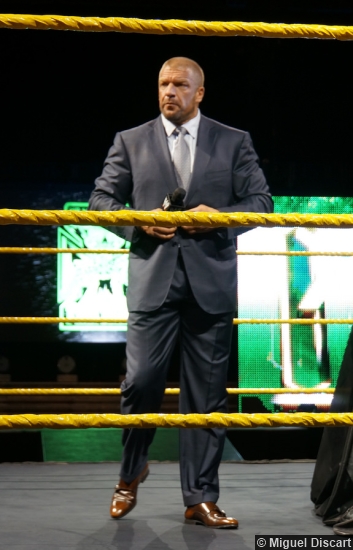 The 1188th edition of WWE Monday Night RAW came to you, live, from the Bridgestone Arena in Nashville, TN. Last week on RAW, the world was shocked to witness the return of Shane McMahon who, after a seven-year absence, would make his way to the ring to confront his father Mr. McMahon and his sister Stephanie McMahon. What ensued was astonishing as “Shane-O-Mac” would flat out tell his father that he wants control of Monday Night RAW and, therefore, essentially taking control of WWE. The sinister Chairman would agree to his son’s terms, but on one condition and that condition would be for Shane to compete at WrestleMania and, if Shane wins his match, he gets control of WWE! However, not only would Mr. McMahon put Shane in a match at WrestleMania, he would put Shane in a match against the most successful WrestleMania competitor in history, The Undertaker, and it would be inside Hell in a Cell! As Shane prepares for what could be the biggest match of his life at WrestleMania, his WrestleMania opponent would be on RAW as “The Phenom” The Undertaker would make an appearance for the first time since Survivor Series in November! After Mr. McMahon put him a Hell in a Cell match at WrestleMania against Shane McMahon without The Undertaker having a say in the matter, what will “The Deadman” have to say to the Chairman on RAW? Will The Undertaker agree to face Shane at WrestleMania or does “The Phenom” even have a choice?