It was 1997 and the WWF was reeling. Their biggest competitor, World Championship Wrestling, was going strong, with their nWo faction of heels and their mega-hot babyface Sting headed for a collision at December’s Starrcade PPV. The WWF was ready for one of their four biggest shows of the year, Survivor Series, headlined by a WrestleMania XII rematch between Bret Hart and Shawn Michaels. As it had been in 1996, Hart was the champ and Michaels was the challenger. Unlike in that match, however, Michaels was playing the role of a dastardly, irreverent heel, and Hart…well, it depended on where Raw was broadcast from that week: In the States, Hart was the biggest heel in the company, making Michaels a defacto babyface as a result. In Hart’s home country of Canada, on the other hand, the champ was the biggest hero in wrestling, and Michaels the biggest heel. The storyline was messy but it was also hot and Vince McMahon was in no position to rock the boat.

Trouble was, the boat was already rocking. 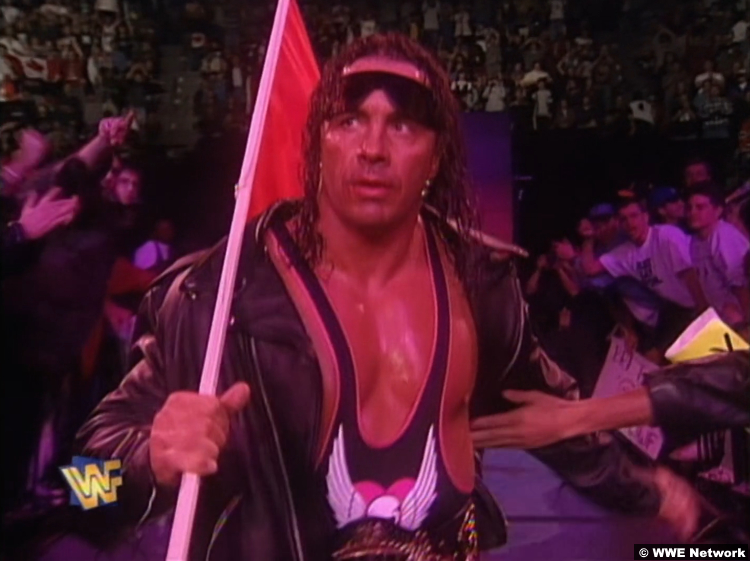 Bret Hart had been courted throughout the year by Eric Bischoff and WCW. In order to keep his champ and most reliable performer on the roster, Vince offered Bret a twenty-year contract with a nice pay raise to boot. It was less money than what Bichoff and Turner were willing to pay but the guaranteed twenty-year timespan was too sweet to pass up. Hart signed and that was that.

Except no, that wasn’t that. The WWF continued to struggle financially and Vince decided to renege his offer, telling Hart to take the standing deal with Turner and leave for WCW. Reluctantly, Bret agreed, and continued working his final contracted WWF dates with the understanding that he would be in WCW after Survivor Series. Bret was also the champ, having won the title at SumerSlam earlier in the year from the Undertaker. The title change took place thanks to a Shawn Michaels chairshot to the deadman (leading to the first ever Hell in a Cell match and the debut of Kane…man, remember when wrestling had those interweaving storylines? Both WWE and AEW could learn from this era of TV). All signs pointed to Bret vs Shawn with the latter winning the title and the former leaving for Turnerland.

And…that’s exactly what happened, in all the ways no one expected. 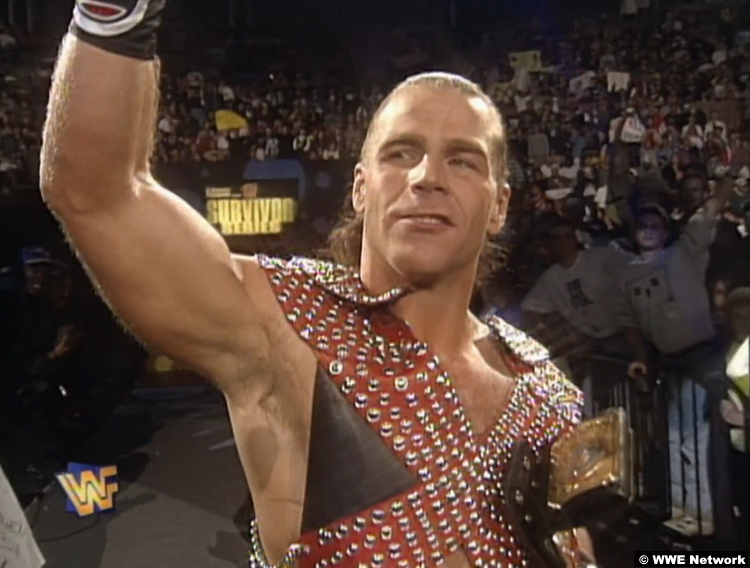 Bret and Shawn—bitter enemies behind the scenes by this point—refused to cooperate, with the latter at the apex of his douchebag stage and the former refusing to drop the belt to him in Canada. Bret offered to lose the title to anyone, offering a list that included Undertaker (too busy with Kane), Ken Shamrock (not a main-eventer in Vince’s eyes), Steve Austin (winning it at Mania > winning it at Survivor Series), and even the Brooklyn Brawler (har har). Vince rejected them all, insisting that the title go to Michaels. Hart actually agreed to this, with the condition being that he drop it anywhere outside of Canada. Since the PPV was in Montreal Vince again refused (he had to sell a PPV after all). 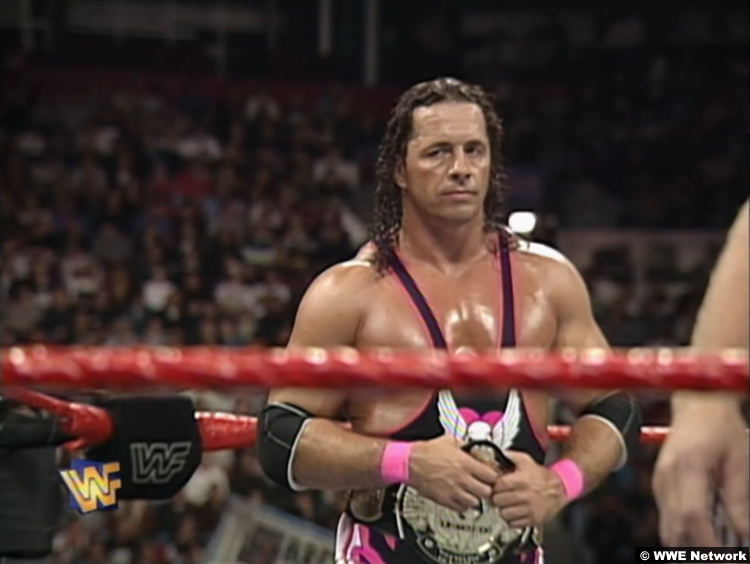 With Hart and McMahon refusing to find a common solution, you know what happened next: Hart and Michaels had their match, with the expectation being (as far as Bret knew) that a run-in would lead to a DQ or a non-finish, after which Hart (he thought) would hand the belt over on Raw the next night. Vince saw this as a non-option, being worried that Bischoff would announce on Nitro that they had signed the current WWF champion (which he totally would have done). The belt had to change hands on Sunday night so, in the middle of the match, as Michaels flipped Hart over into a sharpshooter position, referee Earl Hebner called for the bell (on Vince’s orders) and everyone was told that Hart had submitted. Furious over the screwjob, Hart flipped out, wrecked the ringside area, signed “WCW” to the crowd, and stormed to the back to slug Vince McMahon in the jaw. 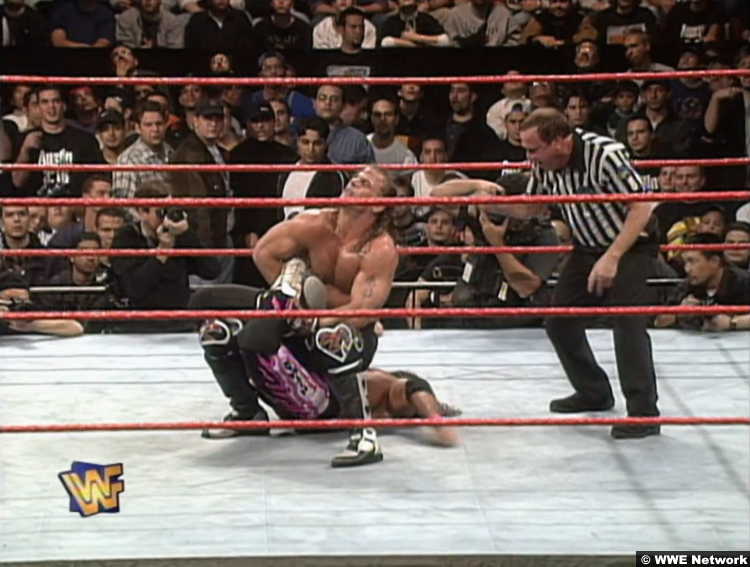 He left for Turner and THAT was that.

Now here we are, twenty-five years later. Many wrestling fans today were not even alive for the so-called “Montreal Screwjob.” The above summary was just a brief overview, leaving out many other details. Still, there were a handful of key figures involved. A quarter-century later, let’s ask the question: Where are they now? 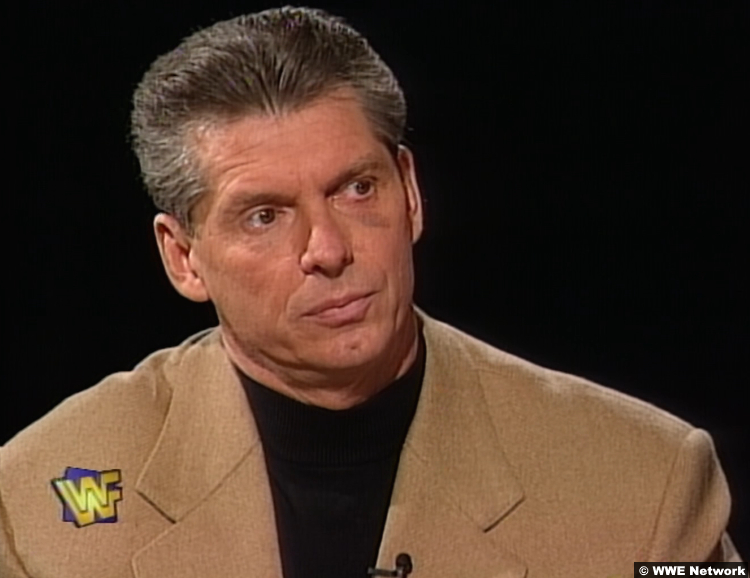 After the screwjob, Vince morphed into the dastardly “Mr. McMahon” character, a storyline form of his own real-life persona, the boss who threatened to fire wrestlers he didn’t like, had lackies do his dirty work, and constantly tried to get the title off the working man champ, Steve Austin. Through the McMahon vs Austin feud, the WWF ascended to heights of financial success beyond any they had previously achieved, even with Hulk Hogan at his zenith. WCW faded as the WWF peaked and Vince went from being a pretend billionaire to a legit one, taking the company public (a hitherto unheard-of idea for a pro wrestling outfit) and turning his little wrestling empire into a legit media powerhouse. Then, when his decades of scandalous activities finally caught up with him, he was forced into retirement and exile, where he presumably will be till the day he dies.

Did the screwjob hurt him? On the contrary. 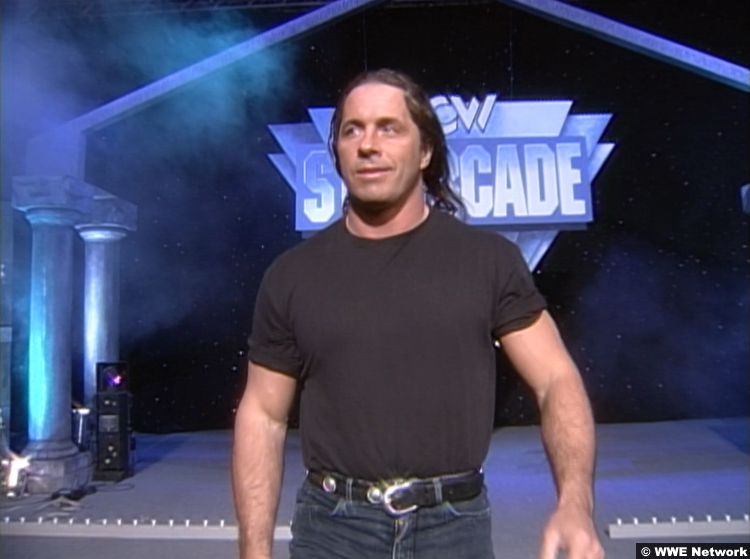 Hart left for WCW and was immediately squandered. The politics of Hulk Hogan, combined with the general incompetence of the company’s management, led to Hart being treated like a second-fiddle player. His debut at Starrcade was overshadowed by the horribly botched ending to the year-long Sting vs nWo feud. His brief runs with the World Title were uninspiring, and a feud with Goldberg ended with a horrible concussion that eventually led to premature retirement and decades of bitterness over how his Hall of Fame career came to an end.

Did the screwjob hurt him? Without question, in more ways than one. 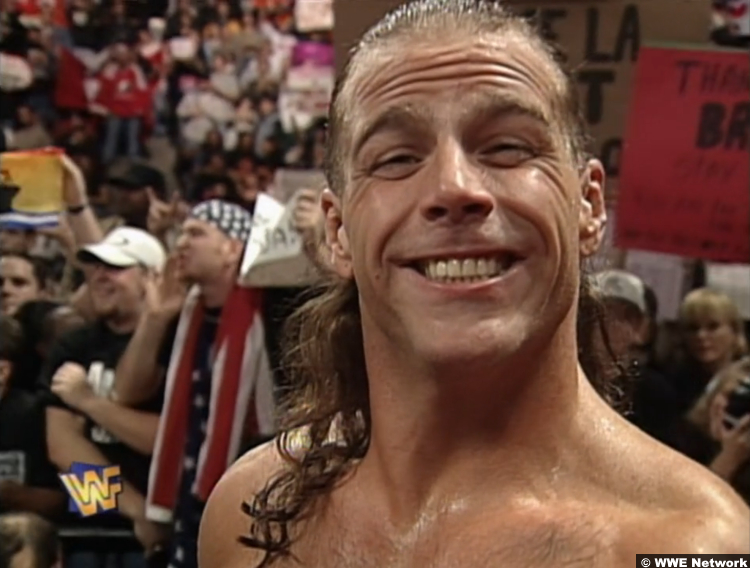 Michaels only held the title for four months before dropping it to the next big thing, Steve Austin. After that, a back injury put him on a four-year hiatus from wrestling. He founded a school, trained a few notable people, then returned to the company in 2002 and worked full-time for another eight years before retiring for good (well, as “good” as any pro wrestling retirement can be). In all, Michaels put together two different Hall of Fame careers, and left a mark on the company that continues to reverberate to this day. Today he’s a major backstage company leader in Triple H’s regime and one of the most respected performers ever to do it.

Did the screwjob hurt him? Not a bit.

Twenty-five years after Montreal, the story has become almost a legend. It’s not, however: It’s one of the few “true” stories in all of wrestling. Maybe that’s why it continues to captivate audiences so long after it happened. The success that the WWF had in the wake of it has led to countless attempts to replicate that fateful moment in Montreal. It’s unlikely, however, that “The Screwjob” will ever be outdone. It was a convergence of bizarre and unique circumstances that culminated in an event that the wrestling world will probably never see again.

And considering all that we know about it, that’s probably for the best.