I decided to give a little bit of space between the end of Strange New Worlds’ first season and the writing of this review. I wanted to let the episodes sit with me, rewatch them (and parts of them multiple times) and see if my gut reactions were fair or clouded by biases.

Reluctantly returning to action after shouldering a personal burden, Captain Pike retakes command of the USS Enterprise to search for his missing first officer on an alien world that’s on the verge of first contact with the Federation

My initial review gave the episode a 9/10, saying “Strange New Worlds is a promising start that made me remember why I love Star Trek. Here’s to more.”

Looking back, a lot of my praise was for the quality uptick in comparison to Picard and Discovery. It was apparent almost from the jump that SNW would not tread the same storytelling ground as its Paramount+ predecessors, but would be the kind of throwback show that crotchety old fans like myself have been yearning for. Mission accomplished in that respect. The actual plot of the episode is good, at times very good, but not great.

CHILDREN OF THE COMET

Cadet Uhura takes on her first mission when the Enterprise discovers a comet that’s on a collision course with an inhabited planet is actually more than it seems.

My initial review gave the episode a 9/10, saying “Children of the Comet is a well-made hour of science-fiction and a darn good episode of Star Trek.”

Things had settled in well as early as episode two, and the high from back-to-back good-to-great episodes had me buzzing. After watching it again, I’m still enchanted by the plot and impressed by Celia Rose Gooding’s portrayal of Uhura. It’s not a “magnificent” ten, but it’s a well-deserved nine. 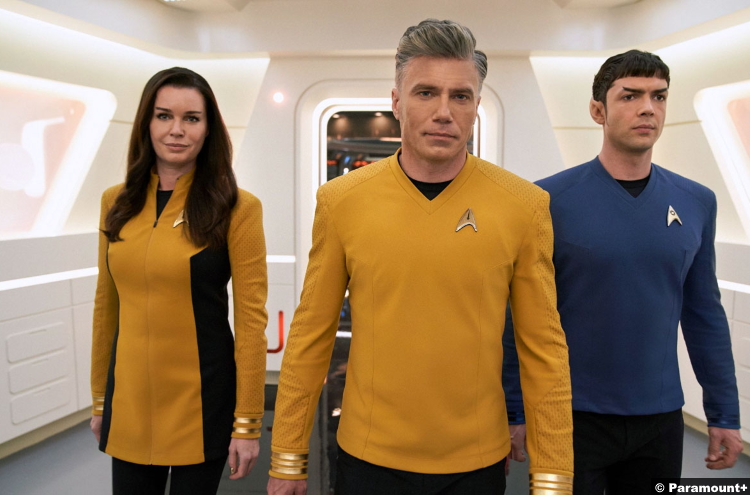 While investigating the remains of a destroyed colony and its genetically enhanced inhabitants, members of the USS Enterprise crew are infected with a contagian that gives them an addiction to light.

My initial review gave the episode an 8/10, saying “Ghosts of Illyria felt like a solid TOS outing with modern production values. It wasn’t an epic “event” episode, but it was a solid, fun, forty-five minutes of Trek. That’s all I’ve wanted for five years now. I’m happy to have it.”

A second watch was not as kind to this one as it was to the others. The plot seemed contrived, some of the acting was hammy (and not in an endearing, 1960s kitschy sci-fi way), and the ending still feels oddly rushed and disjointed. I gave it an eight, largely because I was still hyped for the show. In reality, it was probably a hair too high a score.

While coming to the aid of a colony in distress, the USS Enterprise is ambushed by an unknown enemy with superior firepower, resulting in a deadly series of pursuits and tactical engagements.

The opposite of Ghosts of Illyria, Memento Mori slightly improves on a rewatch for all the reasons the previous episode stumbled. The plot is simple and clear, the acting is above board, and the resolution is satisfying. In the first review, I compared it to TOS’ Balance of Terror and DS9‘s Starship Down, two episodes that also work well on rewatches. SNW now has an outing that can be slotted alongside those. The initial rating was on the money. 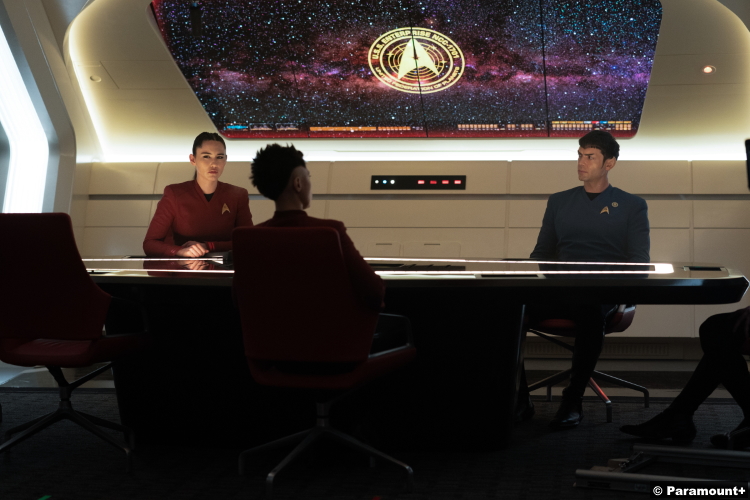 In an attempt to gain a more intimate understanding of each other, Spock and T’Pring undergo a Vulcan ritual that inadvertently leaves their minds trapped in each other’s bodies.

My initial review gave the episode a 7/10, saying “A perfectly fine but forgettable episode. The show is humming though, so I’m hardly upset.”

You can hear the excuse-making in that summary of the review. I didn’t want to admit it outright, but I didn’t like this episode when it aired and a second watch did not improve things. The seven was too generous for an episode filled with bad attempts at humor and whacky hijinks.

LIFT US UP WHERE SUFFERING CANNOT REACH

Pike is reunited with an old flame when the USS Enterprise intervenes during an attack on an alien ship carrying an important figure on the eve of a crucial ceremony.

Yep yep yep. This episode did what I’ve always wanted sci-fi on TV to do. It combined mystery, science, explorations of the human condition, and posed challenging questions for us to ponder. As a bonus, it was inspired by one of the finest short stories ever penned, harkening back to the days when TOS episodes would be occasionally written by short-stories authors of the day. It was a ten then and it’s a ten now. 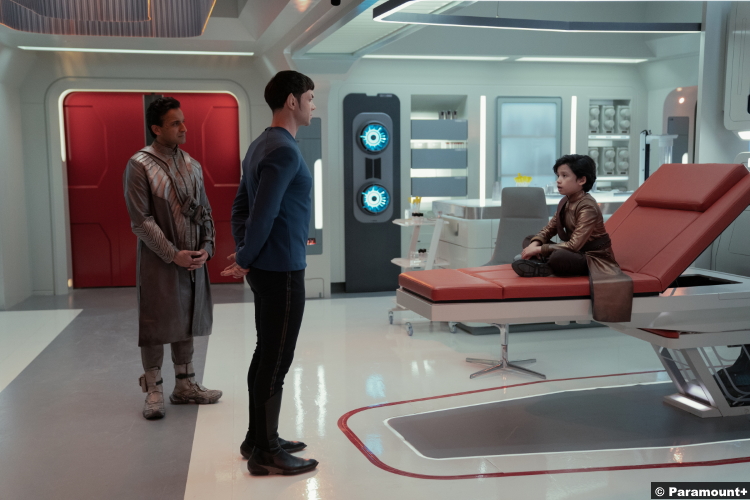 While on a humanitarian mission, the crew must contend with a band of pirates who attempt to take the crew prisoner and steal the USS Enterprise.

My initial review gave the episode a 7/10, saying “Overall, it was an alright episode, occasionally good, but not consistently. It felt like an episode with a lot of untapped potential, which is not uncommon for a first-season episode of a Star Trek show.”

That about sums it up though on my second watch I found myself bored more than any other episode of the season. At least Spock Amok had me rolling my eyes too much to doze off. In hindsight, “almost an eight” was too generous.

When the USS Enterprise becomes trapped in a nebula, the crew become players in a fantasy realm where M’Benga has to figure out the key to story’s ending.

My initial review gave the episode a 7/10, saying “Most of The Elysian Kingdom is silly, and it doesn’t always land, but the ending does, and that’s almost enough.”

There’s a quality of filmmaking craftsmanship at work here that almost saves this episode. It’s really well-made, I mean. But the actual story being made just doesn’t work. The idea is there, but the actual progression of the story (or lack thereof for much of the first half) really hinders it. I gave it a seven originally and that feels right today. 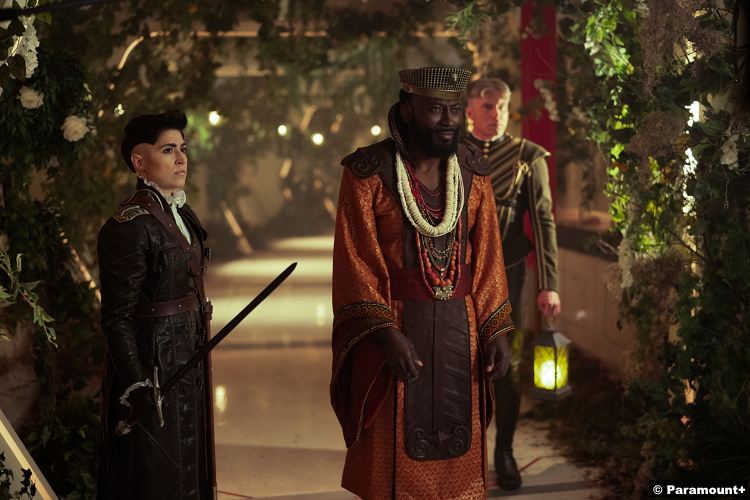 ALL THOSE WHO WANDER

A rescue mission puts the Enterprise away team in the middle of a deadly crisis when they are attacked by newborn Gorn, who behave as vicious creatures.

My initial review gave the episode a 9/10, saying “All Those Who Wander is just a really well-made sci-fi horror story with a sad (but well-done) ending. I’m pleased.”

Star Trek does Ridley Scott’s Alien with aplomb. While I might want to complain that Hemmer needed more screen time and had hardly scratched his potential as a character before he was killed off, I can’t fault the quality of the episode that bid him adieu. This was a ton of fun to rewatch, in much the same way Memento Mori was. I gave it a nine at the time and it deserves it still.

A QUALITY OF MERCY

When Pike considers changing the disastrous fate he knows is his destiny, he is visited by a version of himself from the future who warns that doing so will have dire consequences for the entire Federation.

My initial review gave the episode a 10/10, saying “Strange New Worlds wraps up an excellent first season with a great tribute to a classic TOS episode, and an excellent character study of the show’s best asset, Christopher Pike.”

A Star Trek season finale is almost never a dull affair. Often a cliffhanger, the episodes to close out a season usually ended things with a bang and with the audience desperate to see what comes next. Sometimes, though, the episode stands alone, but retains a big, epic, “event” feel. That’s what SNW does with its first finale, bringing out the TOS movie uniform, throwing in a dash of time travel, and bringing it all together with a reimagining of Balance of Terror. I was blown away by the cleverness of the script back when it aired and I continue to be months later. I have re-watched this episode twice over and each time found another moment or two to point at with glee. I gave it a ten and I’d give it an 11 if I could. 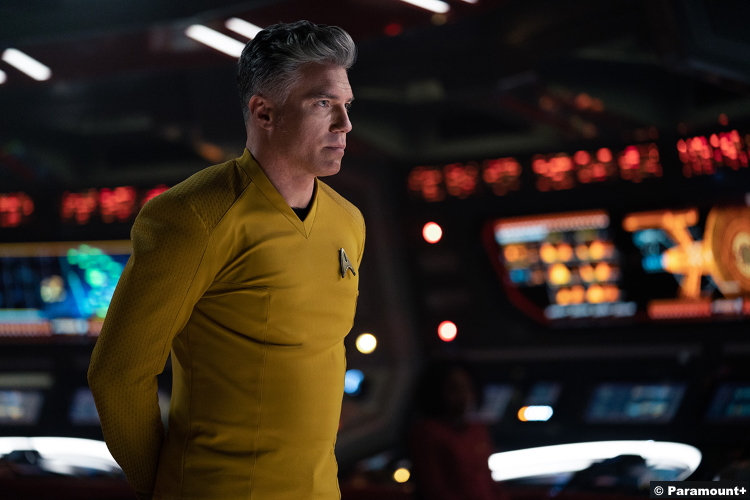 On average, the first season of SNW scores an 81/100, which might seem a tad low considering half the episodes were ranked nine or ten, but there were some disappointments dragging down the average. This being the first season, and considering how rocky many first seasons of Trek are, I’d say it’s an absolute win for it to score an eight.

Season two will have something the first year didn’t have: Expectations. I now know that modern Star Trek can be good on TV. Continuing that quality is what I’m looking for in season two. 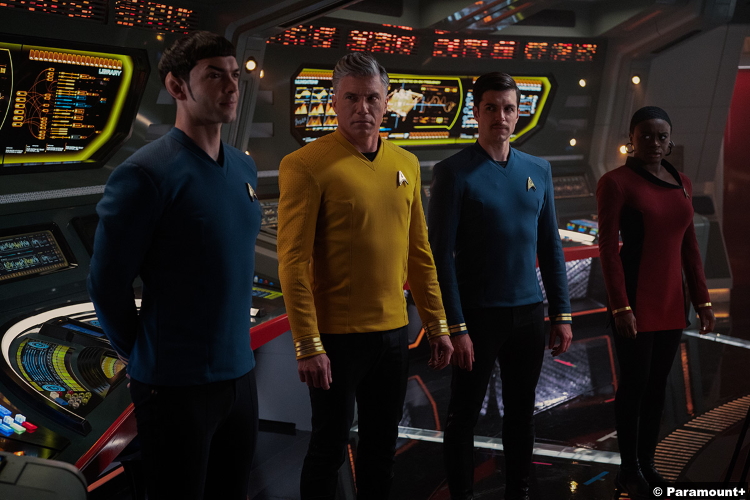