I don’t think I’ve mentioned it before, but Shivani has made me uneasy since we met her. Something about her just reads as off to me. I haven’t mentioned it, because it’s not in an obvious way like Clyde. But I haven’t been able to shake the vibe that there’s something false about her.

One of the reasons I’m thinking about this is, of course, what happens at the end of the episode. (We’ll get to that in a bit.) The other reason is that this episode deals a lot with truth, both facing it and accepting it. To that end, let’s start with the truth about Alex. After the revelation from last week, that it might be Alex sending Maria messages, she and Liz discuss it.

First of all, Liz doesn’t think they should tell Michael about any of it. He’s already volatile on a good day, and the loss of his powers has not improved his emotional maturity. I would tend to agree with this if only to spare him extra stress. On the other hand, I know he’ll feel betrayed that they would keep something like this from him. So I actually don’t know what the right choice is here.

Further, Liz also doesn’t believe that the messages mean that Alex is dead. After all, when Maria herself was in a coma, she was able to communicate with Rosa. Knowing that, Rosa, fully freed from her offscreen pod, is now back in town to help with the search. She’s going to use those nifty echolocation-type powers to try to find him.

When Maria mentions that her mom would go for desert walks sometimes when she was in the zone, Rosa suggests they try that. It’s not a bad idea, especially since it’s a lot quieter out there. Speaking of quiet, Michael must be a dang ninja because neither woman notices him walking right up behind them. I have a lot of questions about that, like, how did they not hear his vehicle? But that’s irrelevant, I guess, since the important part is that when he springs up a foot away from them, it’s just in time to hear them describe Alex as missing.

To say that he doesn’t take it well is a late entry for the Understatement of the Year Awards. Not only is he rude as hell to Maria about it all, but he also goes directly to the sheriff’s department to fight Max. Like, literally physically fight him. I think it’s all mostly projection, as in, he’s really angry at himself. I would guess that he thinks that he should have noticed, maybe even sensed, that Alex was in danger.

Once he’s had some time to calm down, though, he accepts it and is able to move forward. At the same time, Liz has been working on her cure for his power loss. She synthesizes it–science words–into a mist that Michael inhales. Notice I said only Michael–Max is still very cool with not having powers. Liz is very uncool with that, but Michael gives her some good advice. He basically tells her that again, it’s about truth. She has to let Max find his truth. It’s hard for her, yes, but she comes to accept it as Michael did with his own wake-up call.

Elsewhere, Isobel helps Tezca with hers. Having had a flashback that involved Tezca, Isobel cajoles her into seeing it, too. At first, Tezca rejects it–again, people resist hard truths. Finally, she relents and sees that she was Isobel’s instructor. One day, when they were sparring with their glow swords, there were upsetting noises in the distance. Tezca tells Isobel to hide, and she does, just before Jones gets there.

You see, Tezca used to care about her students more than anything, including Jones. And you know that he couldn’t abide that. So, using his mind powers, he essentially brainwashed her into forgetting her feelings and loving nothing but him. That’s how you know he’s a real hero. Obviously, this is a devastating truth for Tezca, but it’s unclear whether she’ll be able to overcome her programming. We’ll see.

As we know, she’s been bee-busy with her plan, which leads up to something called the Alighting. Still have no idea what that is, but we do learn this week that Liz will trigger it. Maybe that has something to do with what happens this week. For context, she and Shivani have been sharing a lot of truths this episode. Liz shows her the cave pods, for instance, which leads Shivani to realize that Max is an alien.

Shivani’s been keeping her own secret, though. We know, and Liz finds out this week, that Shivani and Allie’s daughter is in a kind of man-made pod. I thought the little girl was just very ill, but she’s actually dead and in a cryogenic chamber. When Shivani is showing this to Liz, this is after she “accidentally” got a lungful of the alien cure mist. Now she wants to use another atomizer to bring back her daughter.

Liz is aghast at this. She really doesn’t have a leg to stand on, though, as Shivani sees it, because she brought back her sister. Still, though, she tries to tell Shivani that she doesn’t know what this will do or what it will cost. It reminds me of the Buffy episode “Forever,” where Buffy’s younger sister Dawn tries to raise their mom from the dead with a spell. As Buffy explained to her, you can’t know what will come back.

I’m not saying that I think the girl is going to return as a demonic revenant, but…you just don’t know. And also science, ethics, blah blah blah, etc. Anyway, we might be about to find out because at the episode’s end, Shivani breaks another atomizer, gassing both herself and Liz. That stuff rewrote Michael’s cells* and returned telekinetic powers to him. What will it do to regular folks, especially if you get two doses of it?

8/10 – Yes, they probably found Alex (and Bonnie and Dallas), thanks in part to Alex’s music skills, but that kind of pales in comparison to whatever is going to happen to Liz. I still am struggling to maintain interest in The Plan, but the possibility of cool new powers always gets my attention. And that’s my truth.

*As always, I will hiss at you if you try to make me explain the Science. 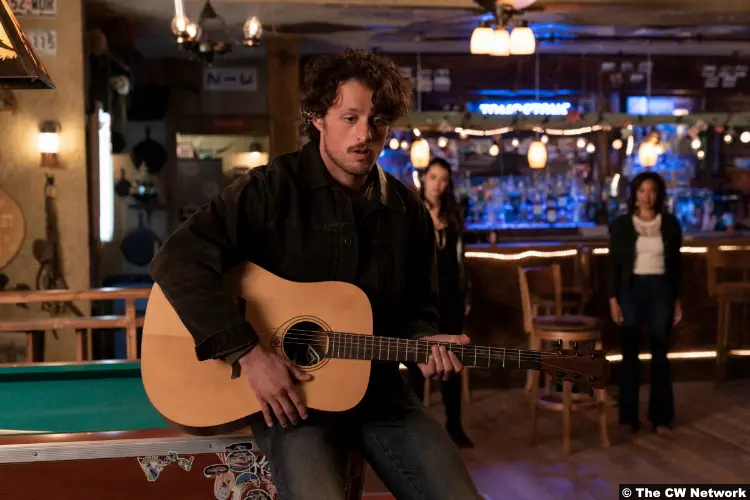