It brings me no pleasure to report that I was correct in an assertion I made last week. No, really. I’m very solemn and serious about having to say I told you so.

Actually, it really doesn’t make me that happy, because you’d think after all they’d been through that the Pod Squad would show a little more distrust. I’m not saying that you have to be cynical or close yourself off to new people. But as we learned from Maya Angelou, via Oprah Winfrey, “When people show you who they are, believe them.” 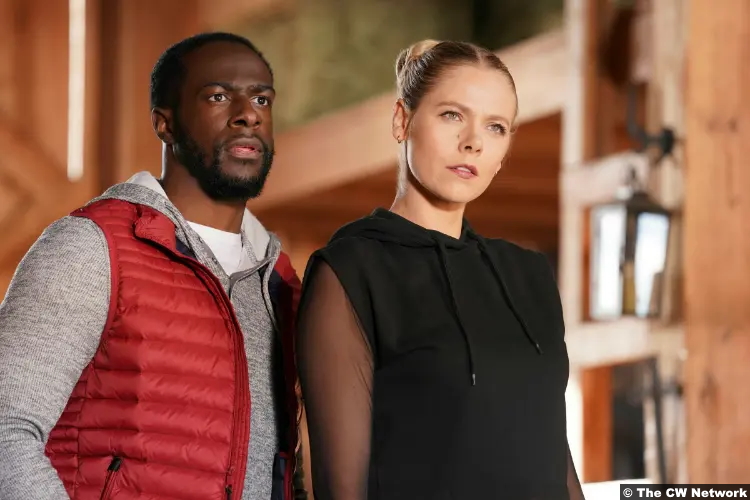 And if there is someone who has consistently demonstrated that he’s shady, then it’s Clyde. Yet, here we are, and the aliens are the Surprised Pikachu meme once Clyde proves to be shady. I’m getting ahead of myself, though.

This all starts because Max and Michael, with Bonnie, decide they can get Clyde on their side. He just wants to go home, after all. Like Bonnie, he may not be as gung-ho about Tezca’s Glorious Plan. Since Michael has a map and they have fuel, they figure all they need is the transport. So they set about looking for a hidden ship. 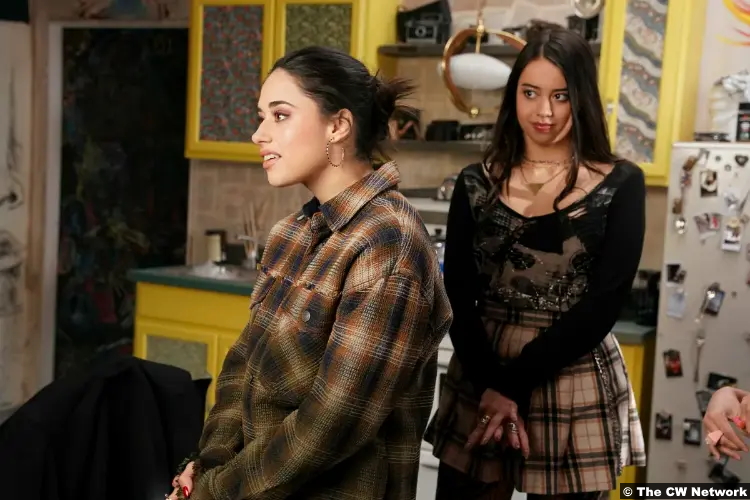 At the same time, Isobel is helping Dallas mindscape through history to find his dad Theo’s glasses, so he can read the symbols in his Bible. (It’s a whole thing.) He ends up seeing several things, including a conversation between Roy and Theo about a project Louise has undertaken. In another memory, Roy shoots Theo, but it turns out to be a shapeshifted Tezca. Jones also shows up in these memories, because of course he does.

After Dallas figures out where the glasses are, and does a cool Moses-parting-the-waters trick to get them, Isobel leaves him to his work following the clues his dad left. She then joins Max and Michael as they track Tezca down. With info from both Clyde and Walt, they find the cave where she’s recuperating in a bathtub full of acetone. Yes, it makes me sting just to think about it.

Isobel, of course, is the only one still with powers. They’re not fighting powers, yes, but she does have her sword. Max and Michael, on the other hand, have tranquilizer guns. Against all odds, though, they get the upper hand and lock Tezca in the Jones cage. While Isobel is realizing that Tezca might have been her teacher back on Oasis, they all come to another realization. Uh, that was a little too easy.

I mean, I’m not sure you’re aware of this, but Tezca has been working toward fulfilling a little plan. And I just think, with how long she’s been dedicated to this cause, that she’d have some contingency plans in place. I guess she doesn’t, but still. They got her in a cage awfully fast.

That’s because it was all a set-up. As it turns out, you cannot trust Clyde. I know, I can’t believe the guy who was okay with kidnapping and stealing from a mom-and-pop diner, among other things, is duplicitous. Except yeah, I do, because I said it last week.

So this was a pretty annoying development for me. Also annoying is what happens during the reveal of this little nugget of info. Clyde sent the other aliens on a wild goose chase for a spaceship he didn’t want while also directing them to Tezca. What he wants is Theo’s glasses and the Bible. Okay, fine. But then, as he uses Bonnie as leverage to get Dallas to turn the stuff over, Bonnie does nothing.

Okay, maybe she’s upset by his sudden but inevitable betrayal. Still, that didn’t make it any less frustrating to watch. That’s another way of saying that I was chanting “KISS HIM” at the screen. But she does not. And he throws her into quicksand, because sure.

No wonder Liz abandoned this clown patrol. After fighting with Max about losing his powers, she–wait. Let me go back because I have to mention something. When they’re fighting about it, he makes sure to say that Bonnie’s kissing him was “nothing romantic.” No one was worried about that, Max! God. 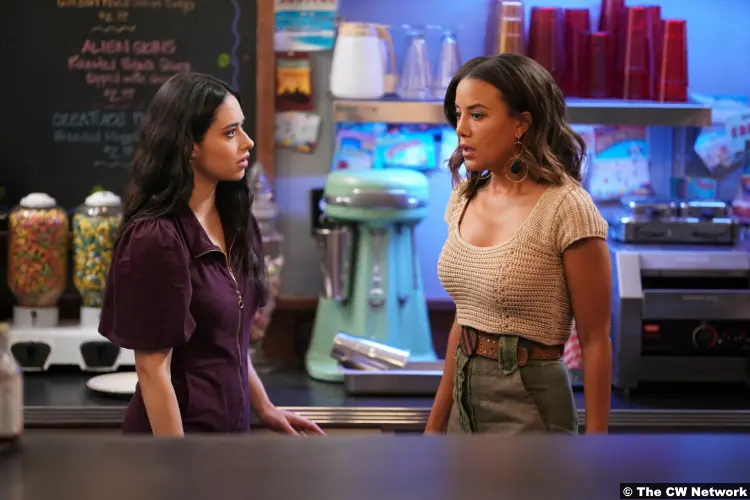 Okay, so after that, she goes to visit Rosa, who still exists, at art school. That starts a little shaky, but it ends well. Rosa seems to be thriving, and she has good advice for Liz. For her part, Liz returns home with ideas on how to give the aliens back their powers.

Back at home, at the Crashdown, she runs into Maria, who’s holed up there doing her Pony paperwork. She’s at the cafe because her mom’s spirit won’t leave her alone at her place. But when they find a mystery milkshake, Liz recognizes it as Alex’s favorite flavor, and Maria puts it all together. Somehow, he’s sending them messages. But does that mean he’s already dead?

7.75/10 – The scenes between Liz and Rosa, as well as the one with Maria, elevated this episode’s score. Otherwise, it was a lot of people doing really inexplicable things. And I told you so.