Roswell, New Mexico S04E05 Review: You Get What You Give – Got plans?

This episode felt like it hit us with a lot of information, but in thinking about it, all I really remember is all the relationship talk. I’m not sure how to fit it all together. I guess I’ll just start with the end of the last episode. You remember, right? It featured the most budget CGI work I’ve seen in a long time, as Tezca shapeshifted between all the people she’s aped so far. My personal favorite was Eduardo, because why was his head so big? I’m sorry, that’s irrelevant. I’m just procrastinating, so I don’t have to try to put all this in order. But here comes an attempt.

So Max thought he was healing Jenna, but of course, it was actually Tezca. Because he did the hand trick, though, he’s now linked to Tezca. That ain’t good. For one thing, it probably makes it a lot easier for her to force her way into his mindscape. She does that a lot, as she’s trying to awaken his hidden powers. These are the kind of Jones-like powers Max didn’t know he even had, like making blue fire. Alright. But speaking of Jones, they didn’t steal his body for any kind of reanimation, thank goodness. Tezca just sets it on fire, which is exactly what I suggested last time. 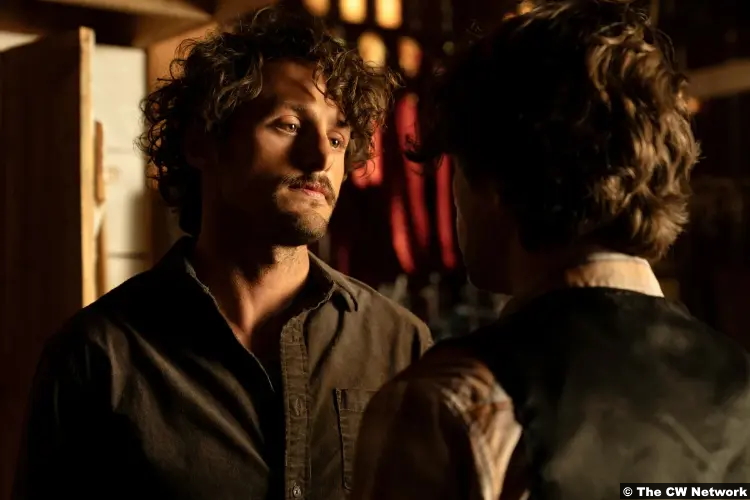 Anyway, their showdown this time ultimately ends in a stalemate. Well, it ends in some vague science and threats about what’s coming. Just get to the point! We’ve been hearing about this plan for five episodes and counting now, but we’ve yet to see any real forward movement here. It’s frustrating, to say the least.

That’s of a piece with the relationship talk. I’ve lost track of the timeline here, so I don’t know how long exactly Max and Liz have been together. It’s clear, though, that the honeymoon is over. I don’t mean that in a bad way. I’m not saying that their relationship is in trouble or anything like that. I’m just saying that the blissful period is over and now they have a real relationship, a thing that requires maintenance. Unfortunately, though, we have two people here afraid of communication, which is vital to keep a relationship intact.

They’re going to have to get those issues in check, because the only way they can deal with Tezca and her mysterious, totally happening plan is to work together. I mean, just look at the progress everyone else is making. Michael, for instance, continues to seek out the non-Tezca parts of the other triad. He’s doing it for his “team,” yes, but he also just really likes alien connection. It’s still foggy to me, however, how he hasn’t noticed that his own personal connection isn’t there. 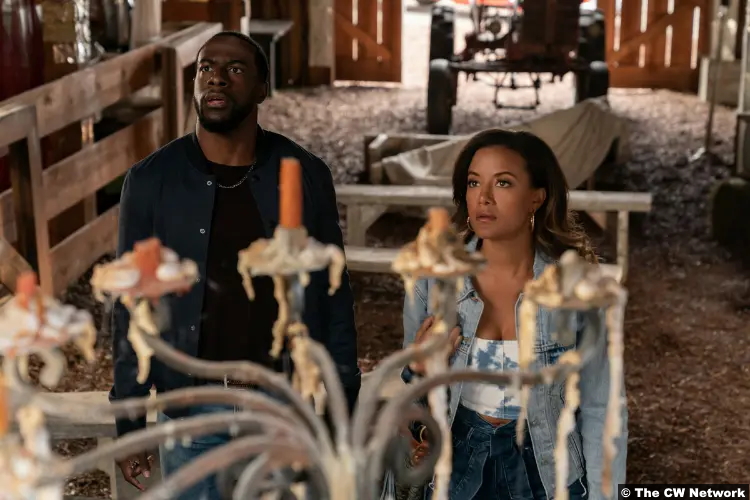 I mean Alex, of course. I know he’s off on his Very Important Weather Balloon Mission, but…he doesn’t call to check in? Even after hearing about Mimi’s death? It’s just strange. Even if there weren’t like, a near-constant threat of aliens and secret government operatives and whatever, he’s out in the desert. A lot of things can go wrong out there and if they do, then you’re often miles from help. I would think there would be some safety measure in place, just so they know he’s still alive.

But given how they’ve rocketed past the grief of Mimi’s passing, or how no one has mentioned Rosa in any substantial way this entire season, I guess it’s to be expected. Speaking of Mimi, though, Maria does tell Liz this week that her visions are gone. I was glad to see this, if only for the acknowledgement that the loss of Maria’s powers means that she can’t see her mom anymore. The most important thing is that Maria gets to live, of course, but it still stinks that she can remember her mom only the old-fashioned way. On that note, I’m also glad to see Maria be friends with Dallas, since her other supposed friends basically left her alone in her mourning.

Meanwhile, Kyle is still in Careyes, where Isobel joins him. Mainly she does that so we can fast-forward to Kybel or Kysobel or whatever we’re calling this ship. Kybel? Alright then. Anyway, it turns out that the gal in the pod is not Tezca. She’s actually Sonya, Eduardo’s daughter and Kyle’s cousin. Tezca tucked her into the pod to steal both Sonya’s appearance and an alien artifact. (And the name of an Aztec deity!) The Valentis, after all, have been collecting and keeping them safe for years. 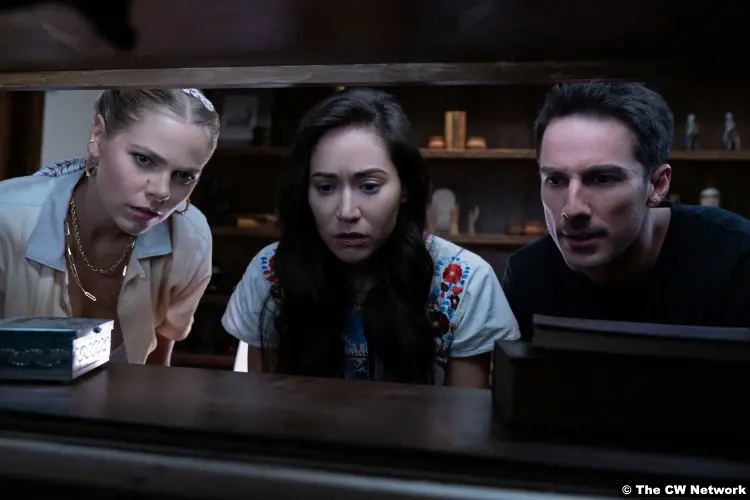 The artifact, a board, is back in Roswell, where Michael helps Bonnie and Clyde complete it, turning it into a map to their home planet. Again, we still don’t know what this magical plan is, but bad things are already happening. After Michael leaves the pair, his powers seem to be on the fritz. Actually, he seems to be getting sick and that’s really weird, because aliens don’t do that. Uh-oh.

7/10 – This plan, my goodness. One of the many reasons I like Dark Winds, another New Mexico-set show, is that they are very efficient in their storytelling. Meanwhile, we’re about halfway through this, the final season, and if I hear the word “plan” again with no further explanation, I’m going to blast myself into space. Also, why is this plan so aggro? If it’s just about getting Max to help save and/or rebuild Oasis, then why not just ask him? Why all the hostility and organ-squeezing?