Finally, an episode that I actually truly enjoyed. To start, as you’ll recall, we ended last week with Michael apparently coming down with the intergalactic sniffles. Well, at first, it was just puzzling. As Liz looks into it, though, it does look a lot like he’s got the flu. And about everything else.

As she puts it, it’s like he has the immune system of a tiny baby. On a basic level, it’s upsetting for Michael, because he’s never had so much as a scratchy throat. Now his human friends are telling him that he can’t do anything but lay on the couch, watch daytime TV, and eat homemade chicken soup. That sounds pretty great to me, but he wants to be out there in the thick of things. 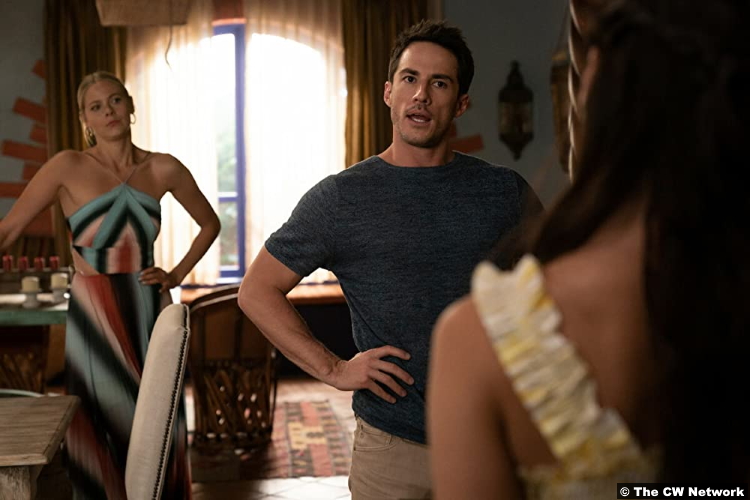 And while it’s a bummer for him personally, to everyone else it’s very distressing. After all, aliens are not supposed to get sick. However, before they can ponder what this means, Liz and everyone has to figure out who or what Michael encountered that might have caused this. Yeah, about that.

Bonnie is so darn delightful that it never occurred to me to wonder what her role in Tezca Has a Plan–Have You Heard of It? is. Or more specifically, what her power is. Yes, she’s part of the triad with Tezca and Clyde, but she does have a part to play. Our friends figure this out once Liz pinpoints transmission.

She explains to Michael that for someone to infect him with whatever this is, they’d have to be close. Very close. It’s then that he reveals that Bonnie kissed him that one time. After they haul her into the sheriff’s office, they get the full story from her. First of all, Michael is very naïve. I mean, that’s obvious. He didn’t even suspect that Bonnie might not be as pure-hearted as he assumed.

However, she wants to warn him explicitly about Clyde. I don’t trust him as far as I can throw him, so I don’t know why Michael does. And I’m not sure he heeds her warning, as he’s so focused on the other thing, the loss of powers. Bonnie took them, yes, but she didn’t do it out of malice. Tezca ordered her to kill Michael, which she couldn’t bring herself to do. Instead, she used her main power, which is neutralizing other Oasians’ power. She thinks she did a good thing for Michael. 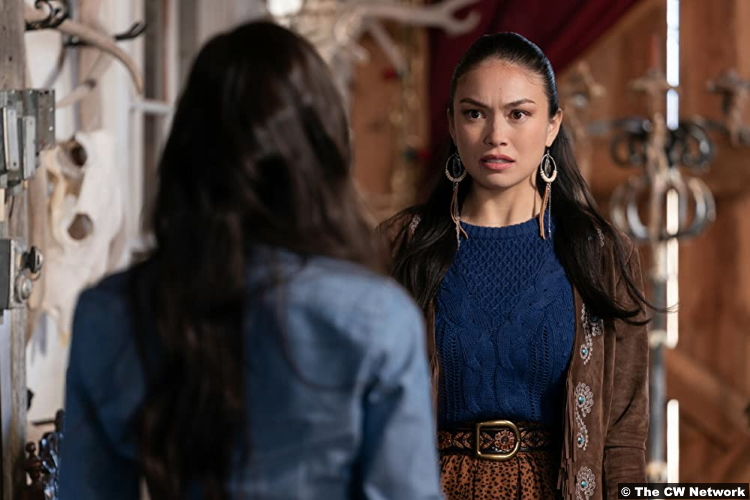 I don’t know why she’d think that since her mother kicked her out after Bonnie stripped her power. Then again, she wasn’t thinking about how Michael would react to it. She was trying to protect him “from falling into the same trap” that snared her. He’s still not thrilled about losing his powers, but I hope he doesn’t still think that he’s playing Clyde.

In the middle of this discussion, by the way, Tezca shows up, presumably to tell us again about her plan. Go on, I’m listening. I’m just yawning because I’m cold. Anyway, because Liz still has her handprint connection with Max, she can sense that he’s in trouble. So she shows up and stabs Tezca with a machete that she pretreated with both the power-disabling virus and an accelerant to make it happen fast. Neat!

We see Tezca’s real face, but it’s just a gal, so okay. She bails but not without mentioning things that are to come. It’s still the vague stuff she’s been saying, but she does say that Liz and Max will change both worlds. Okay, but when?

Again, we’re just tapdancing here without a lot of forward movement, which is really weird considering this is the last season. I’m not sure they knew that when they were making these episodes, but even if we judged it as a stand-alone season, they’re taking forever. At least Michael finally mentions this week that Alex still hasn’t gotten in touch. I’m glad they had that, but it only serves to underline the fact that Alex isn’t here and we’re missing out on Malex time. 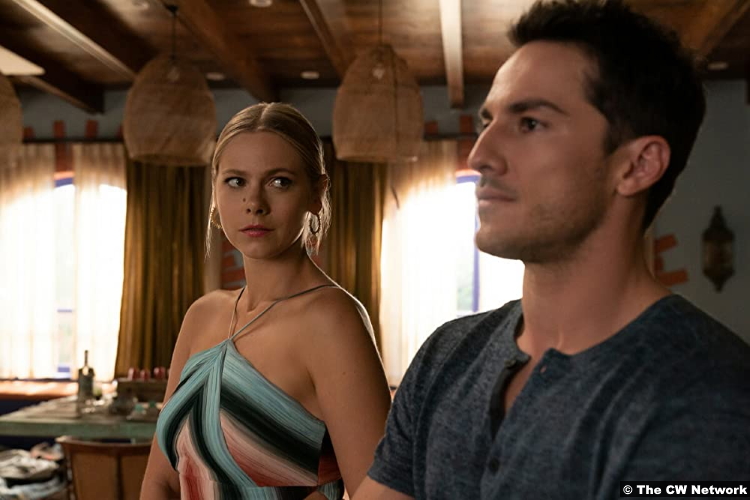 And now that I’m ranting about relationships on this show, I’ll continue. I have nothing against Kyle and Isobel, but I just don’t see Kybel. A fling, a flirtation, sure. But Kyle confessing that he’s in love with Isobel feels like it comes out of nowhere. I mean, nothing in their previous interactions speaks of a secret passion to me. I don’t blame Isobel for being hesitant. She just got out of a relationship, after all.

On the other hand, Max’s scene with Bonnie really moved me. In the past, negative emotions like anger triggered his power. With the blue flame, though, any powerful emotion seems to set it off. It’s understandable then that he’d fear hurting Liz. It’s already almost happened. However, I’m not sure that having Bonnie disable his powers is the right decision. At some point, maybe, this much-hyped plan is going to come to fruition. How will they fight or do anything without their gifts?

8/10 – While the slow progress of this season’s storyline is still frustrating, focusing on the emotional moments really lifted this episode.