Lord, help me, I don’t know what this show is doing. They start with an event that should be devastating, but then largely shove it to the side in favor of alien stuff. And I know I should expect a fair amount of alien stuff, obviously, but it just robs the other storyline of its emotion.

What I’m talking about, by the way, is Mimi. Last week, she’d gone missing again, as I’d bemoaned. I feel a little bad about that now. This week, Maria finds her pretty quickly, collapsed in a parking lot. Then Mimi dies like, 30 seconds later. 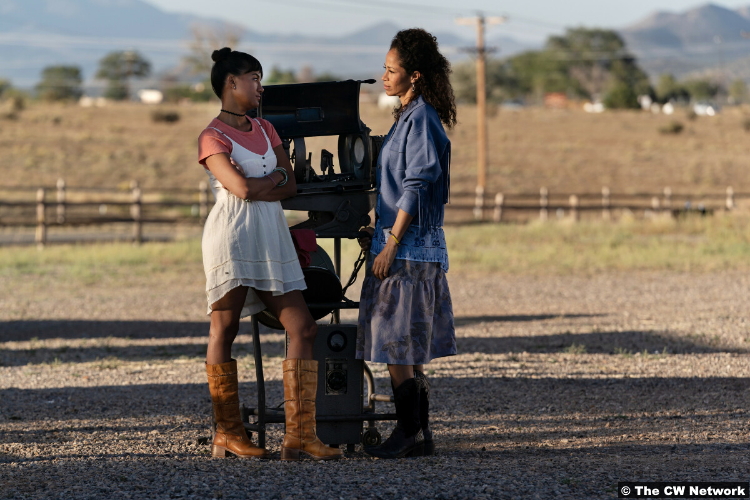 This should be, as I said, devastating. However, while Maria grieves and Liz buries herself in work to avoid her feelings, it just feels like a blip overall. I know Mimi was never a major character and that there is other stuff moving the needle right now. At the same time, Maria’s mom died and it’s almost like many of the characters just forget. Like, we’ve got science to do!

To that end, Liz is working on analyzing the alien skin sample from last week. Please do not ask me why. I thought maybe the show had gotten over its relentless need to bury viewers in science gibberish, but alas, no. The end result of all this experimenting, though, suggests that the tissue can “play dead.” To what purpose is unclear, but the answer is coming.

An answer we get right away, though, is the location of Jones’s body. The other triad has it. Again, for what purpose, who knows? That’s one of the other reasons why this storyline, the alien stuff, is annoying to me. The Pod Squad has no idea what the other triad’s plans are, but they are not letting that stop their investigation. This unfortunately results in several scenes where we follow characters as they flail around in search of clues.

There’s also a weird scene where Max treats the idea of a third alien (in addition to Bonnie and Clyde) as a revelation. But like, am I zooted, or did he not already know this? I thought that’s what gave him away when Clyde thought he was Jones–Max’s assuming Clyde’s reference to a “her” was Bonnie. Let’s go to the tape. YES. Clyde said, “But she will be so pleased I found you,” and Max, in a stunning display of ding-dongery, replied, “I’m looking forward to meeting Bonnie.”

As we saw in that scene, where I was right about what happened, Clyde is a suspicious sort. However, once he finds Bonnie hanging out with Michael, he extends an olive branch or two. They take Michael to one of their hiding spots, for instance, and share Oasian fruit with him. It looks like dragonfruit, but tastes like feelings. Clyde also shares a vision of Oasian life. He wants Michael to help them get that one relic they missed. If I’m not including Bonnie in this, then it’s because she’s really just a sidekick for this mission. It’s not her passion. 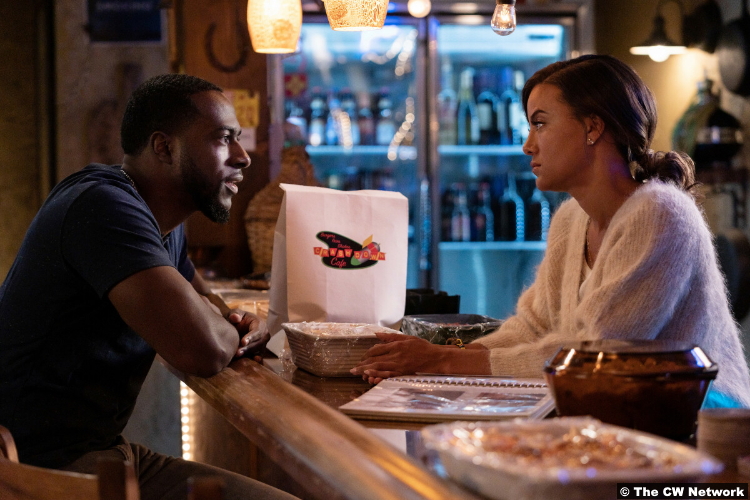 While Anatsa is dumping Isobel in a scene that, again, might make an impact if the show cared about emotions, Max and Cameron hunt down various people. Does that sound vague? Good, because that’s what watching it felt like. It all has to do with the alien skin and a truck Max found buried in the desert and…stuff.

Basically, although he doesn’t know it or he did know it then forgot and knows it again, Max is hunting Tezca. There are little signs when she’s had contact with people. They’re really subtle details like people suddenly having electric blue eyes or a tattoo of the alien sigil. And at first, it’s just people we don’t know, so–say it with me–it’s weightless. But then it happens to Eduardo, whom Michael found in the triad’s hideout. 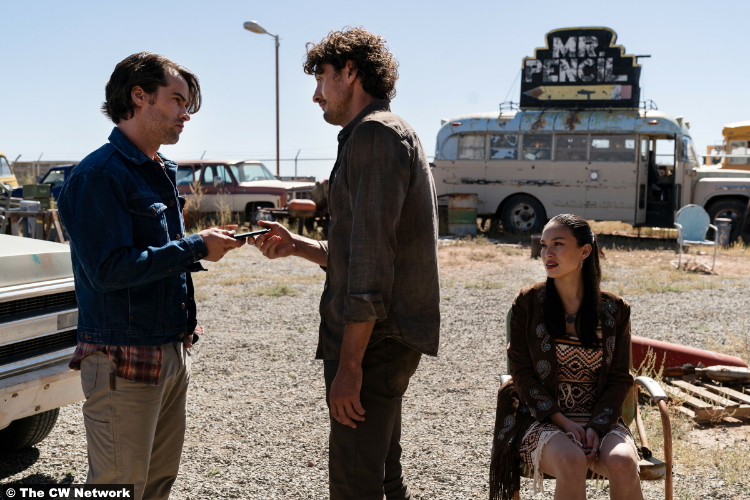 By the time Max and Cameron find Jones’s body, atop a flat rock in the desert, I have many questions. Mainly, though, I’m wondering why they don’t just burn the body and be done with it. I’m sure they scienced an explanation at some point, but I must have zoned out. Anyway, at the same time, Kyle goes to Mexico to follow a lead in a letter someone sent to Eduardo. He hits the jackpot, in fact, finding Tezca’s pod. And she’s in it.

Just as Kyle’s wondering how Tezca can be in her pod, but also in the Newer Mexico, Max is noticing little details about Cameron. Her new ink, for instance. Those startling blue eyes. And with that, the purpose of the alien tissue’s properties becomes clear. It doesn’t just play dead; it’s altering its appearance in response to external stimuli. In other words, Tezca is a shapeshifter. And just so we know for sure, the show gives us the jankiest CGI I’ve seen in a minute to prove it.

6/10 – There are sparks of a cool story and direction here with the new triad, but they’re getting bogged down in the science (again), among other things.