One of the themes to which Riverdale likes to return is the idea that the past continues to have a significant effect on the present. This season, though, it wasn’t just their own past affecting the town. A parallel universe was also seeping through. This week, we see the effect of both of those influences.

One of the stranger things about this season is that no one really questions Percival. He just showed up in town and started bending it to his will, and everyone was okay with that? Well, obviously, they haven’t been okay with it, but they also really haven’t stopped to wonder like, who is this guy? Where did he come from? 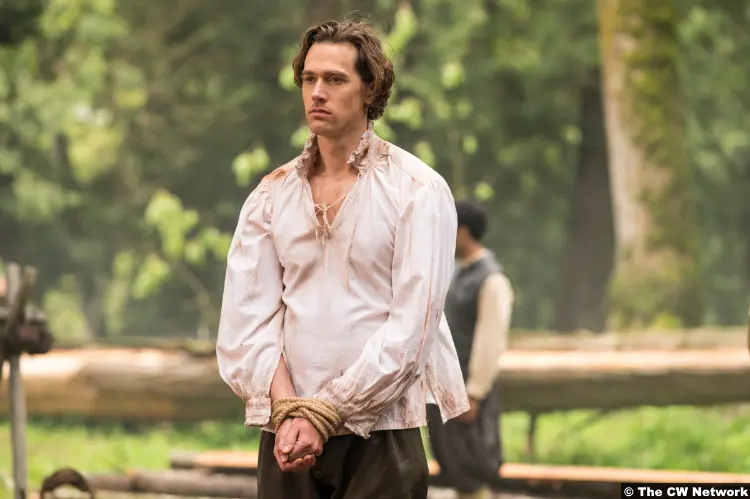 I mean, I know he says he’s Percival Pickens, the descendant of the dread General Pickens, but they don’t know that for sure. In addition, it’s not like it would be the first time someone lied on this show–people lie all the time on this show! Further, the only time someone did question his story, as when Veronica had her nana’s right-hand man look into him, he found nothing. According to his (presumably) thorough digging, Percival is a ghost. There’s no record of him pre-Riverdale.

That seems like a pretty intriguing thread, but Veronica apparently just forgot about it until now, when the plot needed her to remember. I will say in her defense, though, that she’s had a lot of other stuff moving the needle. And in any case, it’s kind of moot now. Percival does a sit-down interview with Alice on the local news in which he shares his real, true story. Not a Pickens descendant, he’s actually one of the founding fathers of Riverdale.

Wait, I got that wrong. He’s one of the founding fathers of Rivervale. When something pierced the veil between the universes, it also shot him over into this timeline. As we know him as awful here, it should come as no surprise that he also caused trouble in his original story. Outcast for his dabbling in witchcraft, the other residents left him in the woods to die. That’s when our old acquaintance, Mr. Cypher, showed up.

As we know him to do, he offered Percival a bargain. One of the benefits, incidentally, was immortality, which Percival has been using ever since to dodge Mr. Cypher’s claim on his soul. Well, why would he make that deal to start? How do you get someone’s soul if they can never die? Yeah, I’m thinking about it. Don’t think about it. 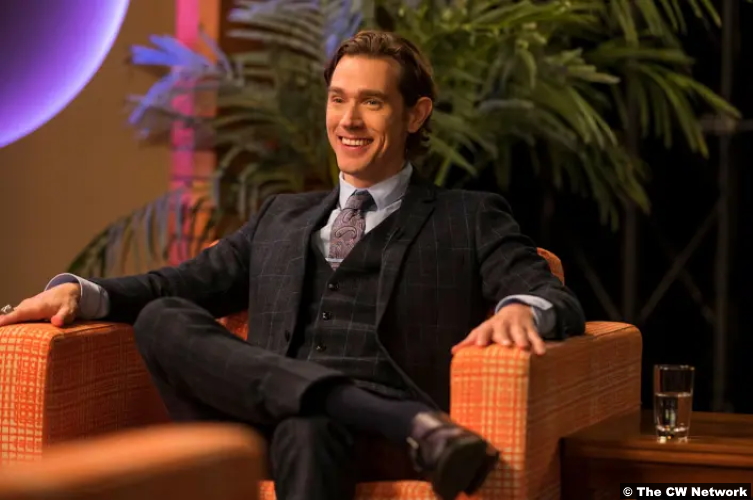 Anyway, after he landed in Riverdale, he saw a land ripe for the picking. Or Pickens. (I won’t say I’m sorry.) To that end, General Augustus, whose relationship to Percival I can no longer map without giving myself a headache, is recruiting the dead for Percival’s army. Hence, the ghost train. And I have to pause again, because if Augustus was in the same place as Jason, then that means he was in the Sweet Hereafter? He gets to go to a mini-heaven after slaughtering a bunch of people? No, thank you.

Speaking of Jason, though, Cheryl’s returning him and the rest of the family means that Betty gets to spend time with Polly. It’s actually a really nice and meaningful conversation, as Betty is able to share her fears about herself. In turn, Polly is able to dismiss them in a way that feels right and logical. When Betty mentions the cat she killed, for instance, Polly points out that Betty was just trying to end her suffering. At the same time, she had their dad dripping poison into her ear. Neither of those things makes Betty bad, though.

Betty, still unconvinced, points out that the “serial killer gene” would beg to differ. Polly doesn’t see it that way. It’s just a gene; it’s not Betty. And then she washes her feet. Foot-washing has various meanings in Christianity, including demonstrating humility. There are at least a couple of instances in the Bible where that’s the point.  In one slightly famous story, Jesus washes his disciples’ feet. He knows that His time is coming to an end. You can read the act as both one of humility and love, as He tells the men, “For I have given you an example, that ye should do as I have done to you.”

Weird that I keep quoting the book of John here, but anyway, that’s how I see what Polly does. In washing Betty’s feet, she’s not only showing her love but also symbolically cleansing her. Actually, given all the magic running through town these days, she might be literally cleansing her of her darkness, as Betty has a golden aura now. 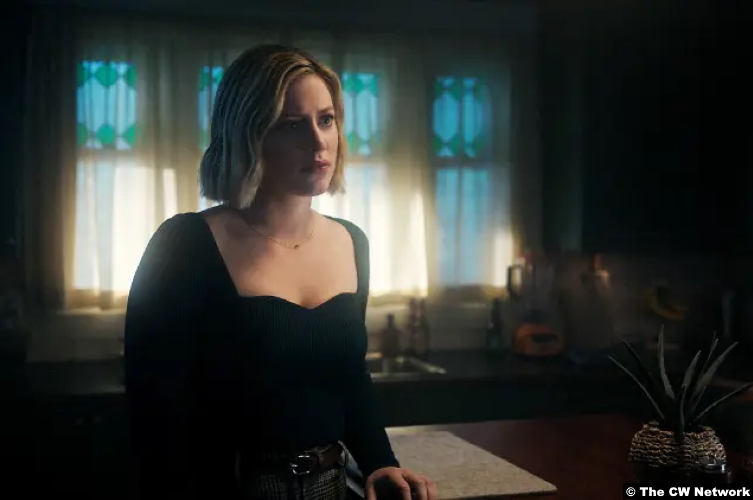 Meanwhile, Jughead has a theory that he can jump between portals. It may seem silly, but as he points out to Tabitha, they originally thought her power was just time travel. Now she’s a whole angel. So they test that theory and bounce right over into Rivervale. What they find out isn’t super useful at the moment, although we do learn that Rivervale Jughead warned Betty about the bomb. That was the call she got and that’s the reason why everything is so screwed up now.

We also learn that Percival doesn’t really want Pop’s as much as he wants the land upon which it stood. Not only is it where the founders left him to die, but it’s also a Hellmouth. Great. At the same time, the most important info Jughead learns right now is just that he can do the portal-jumping. So a hop and a skip and he’s inside the vault where they’re keeping Kevin, Reggie, and Mr. Mantle. And then they’re all out, yay. I love a happy ending.

Except we don’t really get one. Cheated out of the victims for his public executions, Percival chooses new ones. And as everyone finds out after the fact, he had Alice, Tom, and Uncle Frank murdered. They’re all gone. Or so it seems. You never can tell in a universe like this.

7.5/10 – While it had its sweet moments, mainly concentrated at Thistlehouse, too much of this episode played as an information blast.