This episode is the perfect example of a classic Riverdale weakness. They come up with an intriguing plot, but the execution ends up leaving a lot to be desired. This time, the intriguing plot is about necromancy, with an assist from one Sabrina Spellman. There are elements that I like here, but it ultimately fell flat. So let’s get into it, witches.

Last week, Percival’s unleashing of Biblical plagues culminated in the deaths of Riverdale’s firstborn. This week, everyone goes through the grieving motions, pretending like they’re burying their dead. In reality, they’re keeping the bodies on ice, hopeful that Heather’s friend from Greendale, Sabrina Spellman, can bring them back. 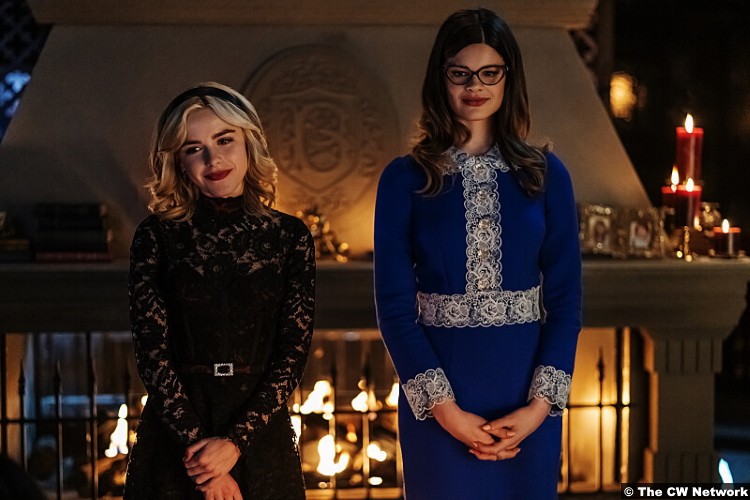 Sabrina takes her sweet time broomsticking one town over, but she does finally get there. She explains that as with Westley in The Princess Bride, the dearly departed in Riverdale are only mostly dead. Their souls are now in the Sweet Hereafter, which means they’re still retrievable. She knows this for certain because that’s where she was when her boyfriend Nick Scratch sacrificed himself to come get her.

No. NO. This reframing of Nick’s suicide is…how can I put this delicately? Grody to the max. I can understand the impulse, as people widely criticized Chilling Adventures of Sabrina for seemingly romanticizing teen suicide. (It’s me–I’m people!) However, I don’t think retconning his death as a noble sacrifice is the right solution, either.

Whew, off to a great start for this episode. And on that note, so is Sabrina on her first attempt to pull back the dead. I’m being sarcastic, because it doesn’t actually work. Instead, she comes back with a guy who looks like Jughead, but is actually Nick. The actual Jughead soul didn’t care to leave paradise. There are endless burgers there and he’s a famous comic book writer and he can hear. What more could he want?

I am unsure, by the way, how they got an image of him out without the soul. I have never been able to explain a single thing that happens on this show and I will not be starting now. But in any case, it’s actually not completely self-serving, as Nick Scratch is also a necromancer, and thus, can help out as they attempt Plan B. 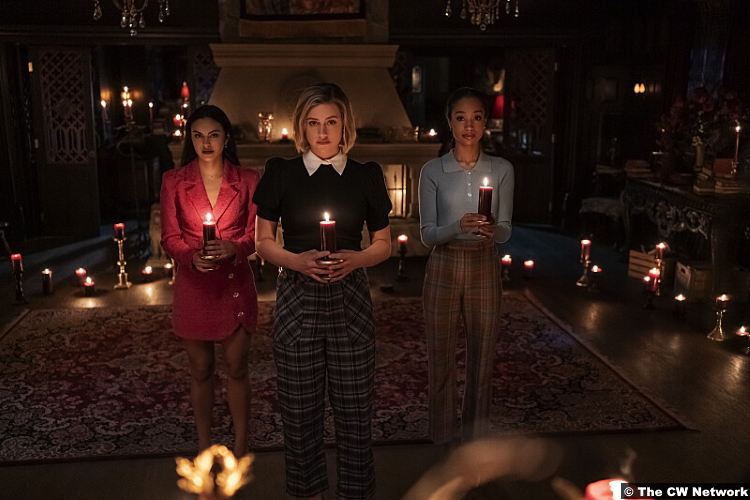 It doesn’t work either, though. This time, through some presto chango, she converts the non-witches of Riverdale into the titular witches of Riverdale. Then she sends them into the Sweet Hereafter to make their cases personally. However, once they see their loved ones in their personal heavens, the gals either can’t convince them to come back or can’t even bring themselves to try. It’s especially devastating for Cheryl, who finds not only Nana Rose, but also Jason, Polly, and the twins. She was just supposed to be going after Toni and Fangs, mind you.

Soooo, time for Plan C. Apparently, Cheryl can just be a phoenix, burn the bodies, and forcibly pull them out of purgatory? Don’t know why we didn’t just do that at the start, but sure. Anyway, that actually works. Cheryl, who always takes it too far, takes it too far and brings back her entire family. (Except, you know, Clifford, who obviously wasn’t a part of the Sweet Hereafter group.) Sabrina is then like, oh, hey–one last thing: there may be consequences for cheating death and no, I have no explanation for why I didn’t mention this before–byyyyye! Now that’s the reckless Sabrina spirit we’ve come to know and…know.

Then everyone’s back. Jughead and his hearing have returned, by the way. Archie, for his part, shares his slice of heaven with Betty, who couldn’t visit him there. (Harlot of Babylon blah blah blah.) At the same time, though, the show starts pulling a love triangle thread with Veronica, which, no, thank you. Once again, I am begging this show to give Veronica something to do that won’t fail the Bechdel test. 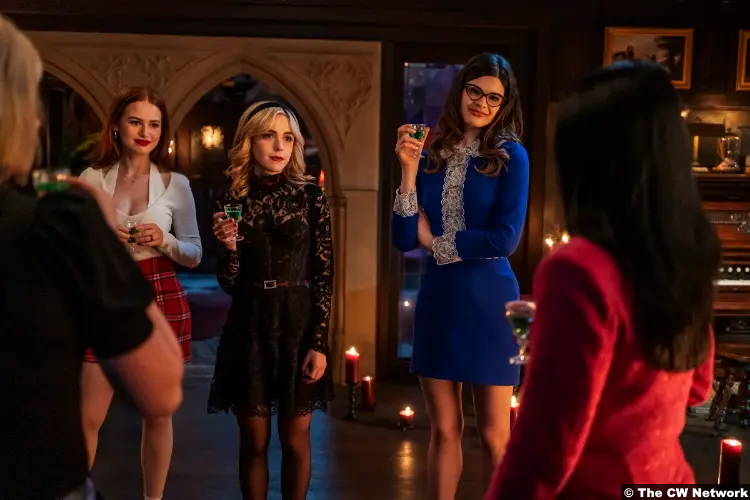 Meanwhile, in her absence from Babylonium, Percival has nudged the board to give control to Reggie. At first, he’s all in, seeing visions of his father’s health restored. However, his father is at peace with what’s to come. This, along with the realization that being on Percival’s team means committing straight-up murder, convinces Reggie to change sides. This means that he ends the episode headed for the gallows–or guillotines, really–with his dad and Kevin, but don’t count them out yet. There’s magic in Riverdale, along with an immortal baby and a guardian angel.

7/10 – With all that wild nonsense, I expected this episode to be a lot more fun than it turned out. Ultimately, though, it was just kind of dull, playing as neither great nor abysmal.