As I remembered that we were still in Rivervale, questions came to me. Who’s going to die this week? What eldritch horror will be visited upon the residents?

After all, we’ve already lost both Archie and Toni. With the news that Mr. Cypher is actually the devil, it doesn’t look good for Rivervale’s rapidly diminishing residents. And even if you’re not willing to make a deal with him, then that might not even matter. 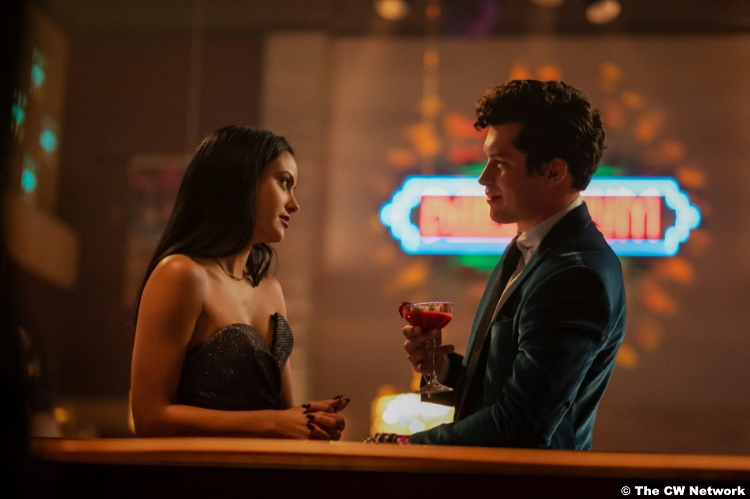 Someone might have made one for you. That’s what Tabitha finds out when Mr. Cypher comes for Pop. Pop is too good a man to sell his soul for material wealth, but he would do it to save someone else. And that’s exactly what he did, offering himself up for eternal damnation to save his own father’s soul. Now the devil’s here to collect, but he’s also willing to negotiate. Pop can keep his soul, and all it’ll cost is the diner.

As the characters all moved through their interactions with Cypher, one thought kept coming to me. If there’s a devil in this universe, then there also has to be a force of good. That’s why it was unsurprising when that force, in the form of the angel Raphael, showed up. He helps Tabitha save their souls and the diner by giving them the Virgin Mary’s tears, which they use to consecrate the land and protect themselves.

Others, though, aren’t as lucky. When Veronica, overseeing the soft open of her and Reggie’s new casino, finds out that Reggie made a deal, she doesn’t panic. Instead, she offers up someone more worthy of torment: Nick St. Clair. In the time since we’ve seen him last, he hasn’t grown into a better man. In fact, Senator St. Clair is even worse.

Just to illustrate that point, the devil doesn’t even have to offer him anything. It’s just Veronica, dangled in front of him, that makes him willing to give up his precious soul. And with that, the deal is done. Except, it wasn’t Reggie’s soul that he bartered. It was Veronica’s. 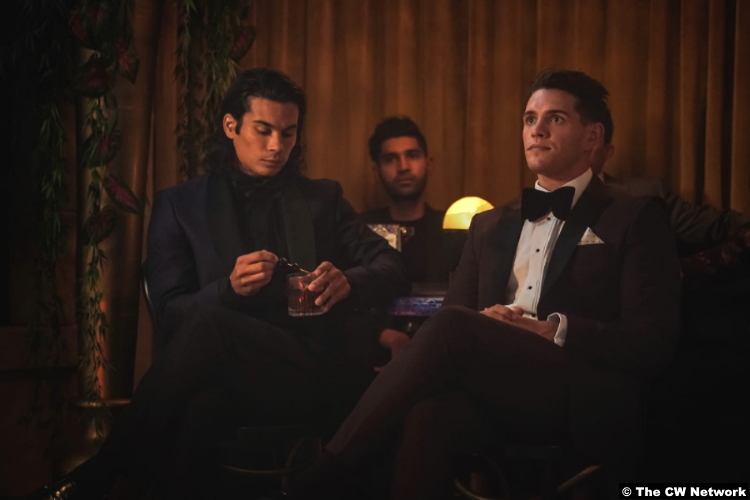 Having resigned herself to death, Veronica marks the end of her life by performing a musical number, because I must also be in torment. She’s only playing, though, because she tricks Reggie into signing away his soul. I would say that that’s unfair because Reggie didn’t know he was signing with an infernal pen. But this is the devil, and he’s not exactly known for fair games.

Most of the time, though, he doesn’t have to resort to trickery. He just offers what people really want, and they willingly consign themselves to hell. (Couldn’t be me.) For instance, he tells Kevin that he’ll make him a star, and Kevin practically agrees before Cypher finishes his sentence.

That won’t end well, because these things rarely do. Take Jughead, for example (please). Cypher offers him a similar bargain to Kevin’s–professional success. However, if Jughead takes the deal, then after his blockbuster interview with the real-life Satan, he’ll never be able to write again.

The accolades are nice, but nothing beats the feeling of watching yourself create something out of nothing. (I say, as my eyes blur from writing all night.) He can’t live with that deal, so he gives up his soul, too.

If you’re approaching someone like Betty, though, then cheap trinkets and quick fame won’t be enough. She’s not worried about that sort of thing. Instead, even in this world, she’s still thinking about the Trash Bag Killer. So when Glen calls her with the news that they’ve picked him up, she can’t resist. 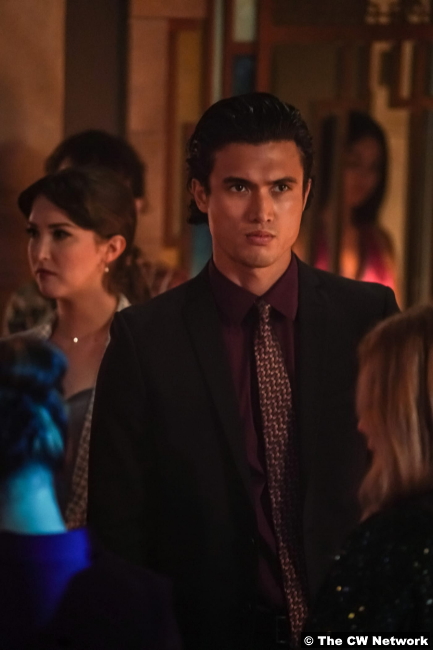 The first clue that something’s off, though, is the fact that he keeps his mask on during the questioning. This doesn’t seem to register with Betty, however, who’s determined to get to the bottom of the case. And by bottom, I mean that she wants to know if true evil exists.

He’s like, yeah, in you and me both–that’s why we’re besties. Feeling discouraged, she calls Glen to tell him that she can’t get anything out of TBK. Glen, though, is surprised, because as he tells her, the FBI didn’t catch the TBK. So who is this masked man?

It’s the devil and his trickery, obviously. I mean, what have we been doing this whole review? But Betty doesn’t know that, of course, and when Polly’s voice starts speaking from the masked figure, crying out in agony, Betty goes dark. She stabs the masked man to death, and only then does she remove the mask. But oh no, it was Glen all along. What’s Betty going to do now?

7/10 – While not as moving as the last episode, this was still pretty fun.