With the rail strike still ongoing, Percival has to resort to some tougher measures. I’m not talking about Pinkertons or other strike-breaking methods the big bosses might have used in the past. No, Percival goes way, way back. Taking a cue from the Lord, as the title indicates, he goes Biblical. Let’s get some plagues going!

And he goes for all the classics. Locusts, rivers running with blood, pestilence, boils. You get it. Obviously, the gang assembles quickly to figure out how to fight all this. Cheryl, always my little angel, immediately suggests that they murder Percival. A bit zero to sixty, but is she wrong, though? 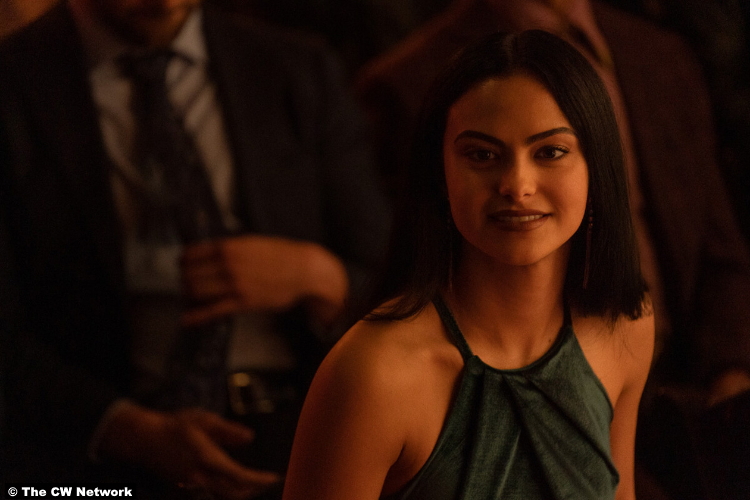 Well, probably, since her spell goes wildly awry. She intends to burn him from afar, but he catches on before he can really catch fire. He does a quick counterspell, which incinerates poor Nana Rose. She somehow survives this. I don’t know why I’m saying “somehow” since Nana is the very definition of a tough old bird. She’s been through so much already.

Anyway, in the midst of this, Toni and Fangs are preparing for their nuptials. Veronica is bound and determined to make it all about her, though. She’s not really trying to, but she’s so caught up in her no-no feelings about being single. She can’t help but mourn the life she used to have, where she was a high-flying investor and she had the world of Wall Street at her feet. Now she runs a classy casino in a damaged little town. Alone. (On that note, where is Reggie?)

Still, though, none of that makes up for what happens at the rehearsal dinner. I wrote in my notes simply, “Veronica is singing.” In the last review, I said, “I have only one more of these [musical episodes] to live through unless they do multiple ones in the final season.” We’re not even to the final season yet, but it would be darkly hilarious if they just make me sit through musical performances in each episode.

This one is particularly excruciating, because, again, Veronica makes it all about her. Everyone’s there to celebrate the union of Fangs and Toni, but Veronica finds it appropriate to belt out “The Ladies Who Lunch,” a song that has nothing to do with wedded bliss. In fact, according to Bustle, it’s “a song that mockingly judges the rich and wealthy women who waste their middle-aged lives doing nothing meaningful.” Ma’am. 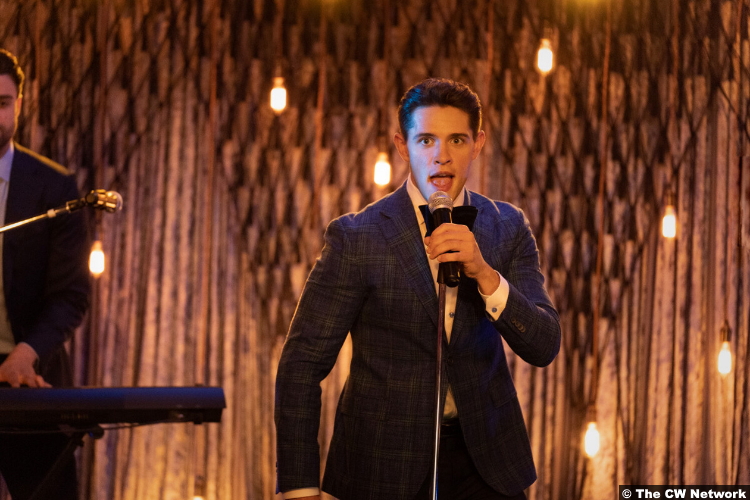 Surprisingly, I’m not the only one who reacts with muted horror. The guests at the dinner show reactions ranging from bemused acceptance to an emotional display I can only describe as “Yikes.” And yes, Kevin also sings, but I’ve blocked that out. I do vaguely recall it being more appropriate for the proceedings.

Anyway, despite the happy times, there are still plague things happening, like a surprise (and long-lasting) eclipse. The gang, with a newly-reformed Kevin’s help, decide to take the wildest path yet. To be specific, they arrest Percival, which is so funny to me. Like, you’re really going to get it now, Buster. They don’t just arrest him, though–they also put in the very stocks he bought to imprison Betty. (It’s a whole side thing about Betty being the “Harlot” of Babylon that I don’t fully understand. Me, in my weird bunker: Sure.) 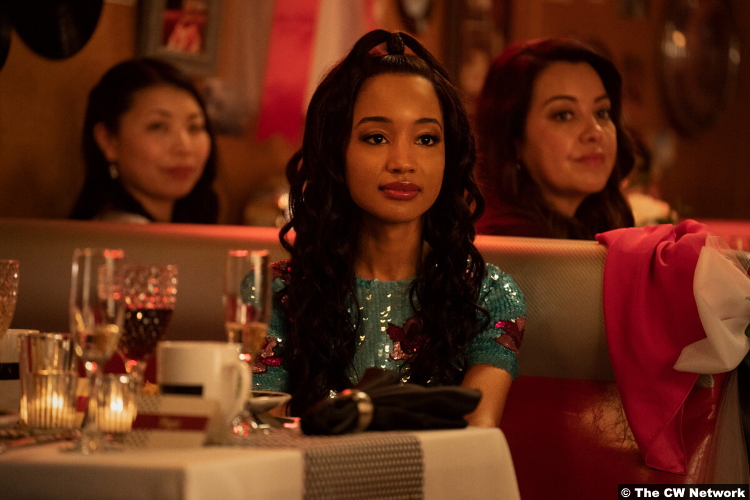 Speaking of bunkers, Jughead is still staying in the Bunker of Ill Health. He’s getting a lot of work done, but he’s not immune to all the plague shenanigans. The ones in the bunker seem tailored to him, though, as well as Rivervale. He writes about La Llorona, for instance, and then she comes in and steals the story while he’s sleeping. The last blow, though, he shares with a lot of folks in town.

Having freed himself from the stocks with the help of his little locust buddies, Percival goes for the jugular. He kills Nana Rose in her bed to start. Then he enacts the meanest plague, the death of the firstborn. All of them, including Archie and the newlyweds, fall. The only one to survive is baby Anthony, whom Percival wants for some infernal purpose. But not to worry, Greendale resident Heather assures everyone. She knows a necromancer: Sabrina, that is, who will return to Riverdale next week.

8/10 – Pretty high score for an episode that made me witness two musical performances. (I’m being very brave about it, yes.) However, I’ve really enjoyed the Percival arc. He’s just such a good villain, and I love the spooky chaos he causes.