If you thought Leland’s little campaign against Sister Andrea died with his failed attempt to out her to the Monsignor as a…demon-noticer, then you were wrong. He’s calling in the big guns, a squad of priests to assess her mental state. (So much assessing!) Because that’s the implication–that she’s developing dementia or some other condition.

To their (very meager) credit, the council seems to get that you can’t just take some guy’s word for it. So they decide they need to take another guy’s word for it. To that end, they’ll have an outside psychiatrist evaluate her. They specify that it’ll be a third party, by the way, after Leland volunteers himself. Nice try. 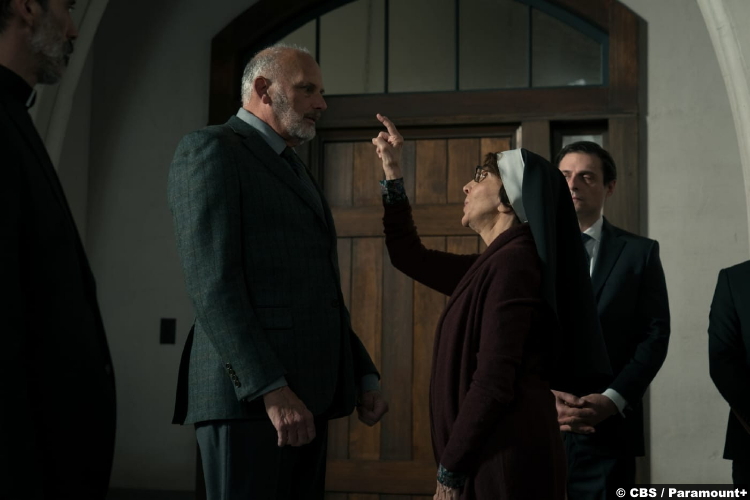 But it’s not that much of a stranger, because upon Sister Andrea’s request, they hire Dr. Boggs. Unfortunately for her, he’s still unwilling to accept what he’s seen himself. The only way he can deal with it, I think, is to decide that it must be untrue. Maybe an anomaly for him. But for Sister Andrea, a sign of a compromised mental state. And she understands this, even though she boops his nose just like the demon he saw.

You can see a parallel here with the assessors. Now that Karima’s been helping him scientifically evaluate their past cases, you can tell that Ben feels renewed. He happily tells David and Kristen that the case in the season 1 episode “177 Minutes,” for instance, has a simple solution. Anyone could pull off the appearance of the angel with an app and Bluetooth.

Again, Ben is satisfied when he tells them this. His natural skepticism feels warranted. There is a solution to their cases, not just unknowable chaos. We can see, though, that this doesn’t seem to sit well with David. He either likes or is just more comfortable with the idea of visions and miracles existing. There are a few reasons why he’d feel that way. For one, it could be kind of self-serving, because it certainly makes him special if he can see things others cannot.

I’ve never read David as that kind of person, though, so I don’t find that wholly convincing. (I know it’s my own argument.) And it doesn’t really matter right now. They’ve had spirited discussions about their opposing beliefs before and I’m sure they’ll have them again. As for right now, we’ve got another demon. Maybe.

A woman appears at confession with David. However, she’s not there to tell him her sins. She’s been trying to get an audience with the assessors and this is the only thing that’s worked. Her husband, she tells him, is a trucker. He’s never had any issues, but that changed after his most recent job. After she tried to wake him one night, he hit her. Now he’s sleeping in his cab, afraid to come inside lest he seriously hurts his wife. 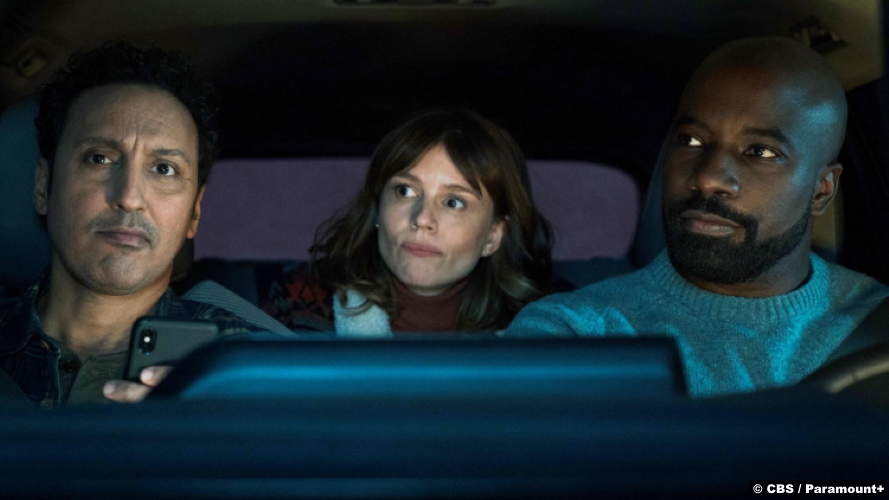 But this didn’t just come out of the blue. He had a scary experience on the road. Something with red lights hovered in the air and followed him. He thought it was a drone, but it didn’t move like one. After that, he has no idea what happened until he came out of a blackout or whatever to find that he’d driven 500 miles to Canada.

When the assessors visit a diner popular with truckers, they find out that that part of the route is notorious. Most truckers, in fact, think it’s haunted. But again, you can’t just take Some Guy’s word for it, so the assessors decide to travel that road themselves. And it’s haunted! Well, it’s something. As they drive down the interstate, singing “Happy Together” like the picture of irony, weird stuff starts happening. (That’s the official clinical description.)

Specifically, they see the floating red eyes that follow them and the radio goes haywire. It’s very unsettling, and I can imagine that it would be even worse if you were by yourself. So, yeah, this is going to require some further research. David, in fact, does a little off-book snooping, returning to the road alone. His second experience is somehow even wilder, with appearances by both a flying demon and a sword-bearing angel. Whoa, right? 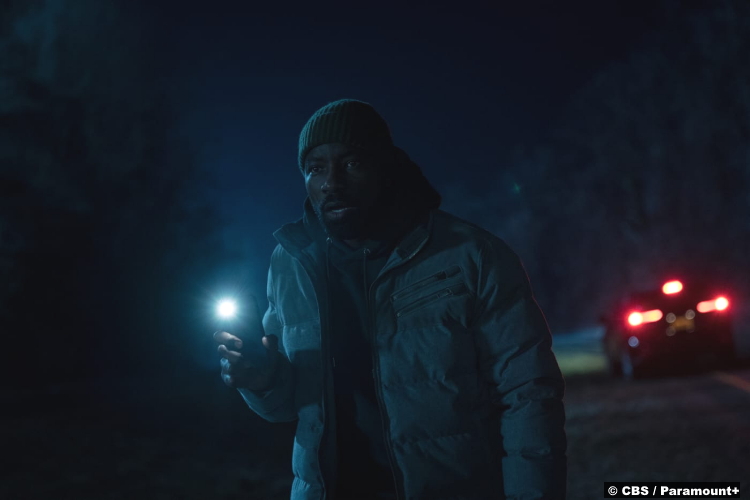 Buffeted by his work with Karima, though, Ben is ready to look for the real answers behind all this. And much to David’s visible disappointment, he finds some. For one thing, anyone who was nearby could accomplish the light and sound show. It’s all stuff that someone could easily do just by manipulating radio waves. And speaking of sound and radio, Ben also finds that whoever is behind this is utilizing the “ghost frequency.” As that link explains, “…low frequencies in this region can affect humans and animals in several ways, causing discomfort, dizziness, blurred vision (by vibrating your eyeballs), hyperventilation and fear.”

As much as I’d like to meditate on the phrase “vibrating your eyeballs,” we must return to the episode. As such, since whoever is doing this has to be relatively close, the assessors go looking. When they find a home with the telltale signs–a giant antenna, for one–Kristen just smashes it all up. Earlier, that guy she’d whacked with the frozen food had just shown up at the Bouchard home, live-streaming his attempt to get an apology. Kristen did apologize, much to the Bouchard daughters’ dismay, but her heart isn’t really in it. Her heart is in destruction! 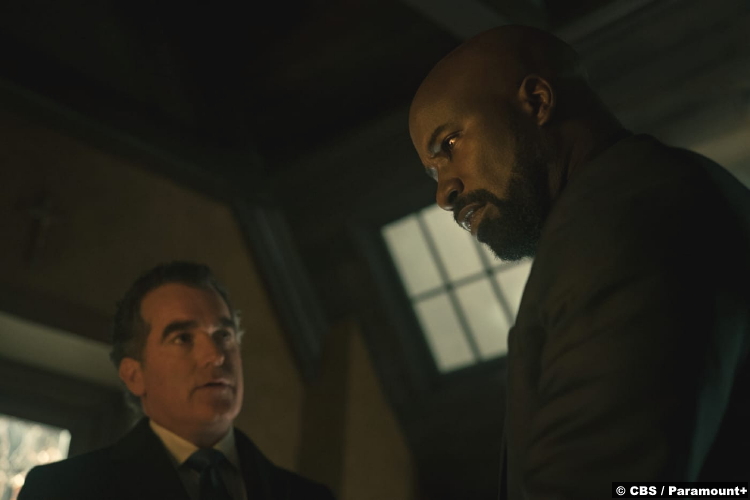 Anyway, that pretty much sews up the case, except that the broadcaster, who’d been doing all this for internet fame, ends up unalive. Despite her destructive streak, Kristen did not do this. He allegedly did it to himself, although Victor LeConte and an underling are lurking at the scene. As LeConte later explains to David, in another bedroom pop-in, the broadcaster was the head of a demonic family. Now that his body’s gone, no one can eat it and keep the line going. (Once again, the things I have to say on the internet because of this show.) Et voila, another demonic house ceases to exist.

8/10 – As I’ve mentioned, I do like the spookier cases, so this was fun. And while I’m not sure it’s going to be fun, I’m looking forward to David defending Sister Andrea in her heresy trial.