Are things feeling a little more sinister lately? Perhaps it’s the return of Evil. Of course, that’s with a capital E because we’re talking about the show. It’s back. So where were we?

Well, we’re right back where we left off, just a few moments earlier. If you don’t remember, then it was when Kristen tearfully confessed to David that she’d murdered Orson. Then they started kissing. We rejoin them right during the crying part when David absolves Kristen of her sins. Then they start kissing again. 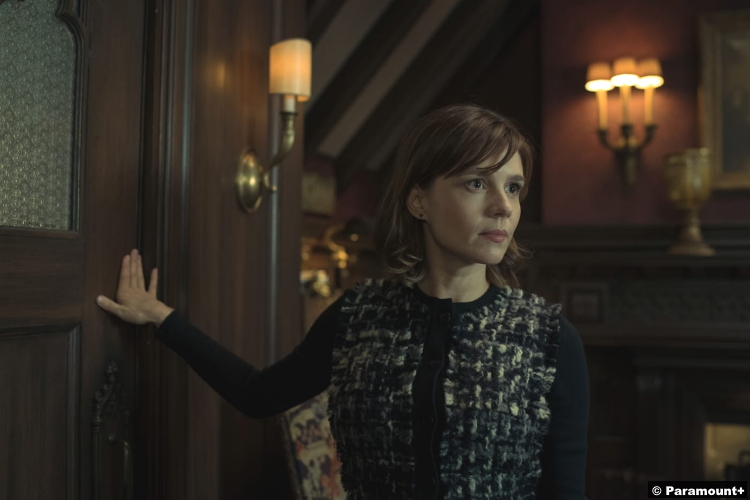 It gets pretty hot and/or heavy, but they stop and Kristen leaves. David, who just got ordained like, five minutes earlier, immediately begins praying. As he’s getting pretty emotional himself, the door opens behind him and Kristen reappears. She starts shedding her clothes. I say her name in a tone usually reserved for when my dog won’t stop barking at this stray cat she likes to bother.

Despite my scolding, they have sex. Then they do it again the next night, but this time, Kristen shows off her newly forked tongue. And I have to admit, this encounter alone is where I thought that something hinky was going on–one of those hallucinations in which the show likes to indulge. However, it’s not until David finally brings it up with Kristen outside of his room that I found out, like David, that it was all (demon) smoke and (evil) mirrors.

That’s because when he does broach the subject, Kristen thanks him for putting a stop to it. As far as she’s concerned, she made an ill-advised move and David was sober enough to shut it down. That’s the end of it. To put it another way, David, with whom, or rather WHAT, have you been playing around? Hmm, don’t like it.

So let’s back out of this uncomfortable situation and get back to their job. This week, they’re assessing an experiment. A company wants to measure a body before and after death to see if they can measure for a soul. There’s a priest who’s dying of a rare form of cancer and he’s agreed to die in their very complicated contraption. The great Wallace Shawn is playing that priest, Father Frank Ignatius, by the way. 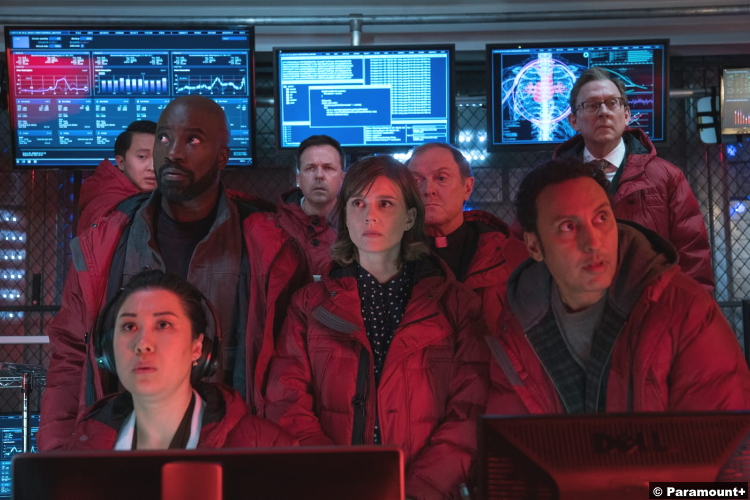 They run the experiment and Father Ignatius dies, with enough discrepancy in his pre and postmortem weights to suggest that something did depart at the moment of death. Wait, though, did I say “death”? Yeah, there’s the rub. Because a few moments after Father shuffles off this mortal coil, he comes shuffling back on in. Not only is he alive again, but also the cancer he had is longer burdening him. And if you’re thinking, wait, what? That’s Evil, baby!

He also immediately kisses Monsigner Korecki (Boris McGiver), which is something he’s apparently wanted to do. Unfortunately for them, though, that’ll be the end of it. They both decide that Ignatius should transfer to another parish, so they won’t succumb to temptation, as implied. That’s sad, but I hope we get some more Wallace Shawn. By the way, we have Korecki now because the also great Peter Scolari, who played Bishop Marx, passed away last October. This episode is fittingly dedicated to him.

Now back to the show. After that first hiccup, they decide to rerun the experiment with a Sister Gertrude, who is also terminally ill. Weirdly, her death and experiment also go sideways. First, when she dies, she doesn’t show the weight loss they expect. In fact, she gains weight. She also now seems to have the same rare cancer that Ignatius had. So what to make of this?

Well, we don’t know. One theory they posit is that Ignatius was housing a demon–with cancer?–who departed his body and then lodged in Gertrude’s. Man, I guess. I shouldn’t be that hard on them, because I have no answers, not even a ridiculous one. I do think something odd happened with their methodology, but I’m no scientist, so please don’t ask me to say even a word more.

Anyway, we will probably come back to this, especially since Sister Gertrude is now appearing in David’s room, The Nun-style. Another thing we will come back to is the tension between Andy and Sheryl. Andy’s now sold the business and is preparing to be home full-time. As such, he wants Sheryl and her nonsense off his property. I don’t blame him, especially after he finds that hideous jarred shrunken head lurking under his bed.

On a semi-related note, the Bouchards are thinking of home improvements, which they need desperately. I might be noticing this for the first time, but do they have only one bathroom? That might be one of the top 5 scariest things on this show, especially considering that they have about thirty daughters. I’m joking on that number, of course, but there are a lot of them.

And one, Lexis, of course, has been the focus of Leland’s attention. Luckily, Kristen is able to use a photo of him talking to her daughter to get a restraining order. That might seem flimsy evidence, but I imagine it’s easy to explain why a grown man shouldn’t be visiting your daughter’s school, particularly when he’s told the minor child not to tell her parents about it. 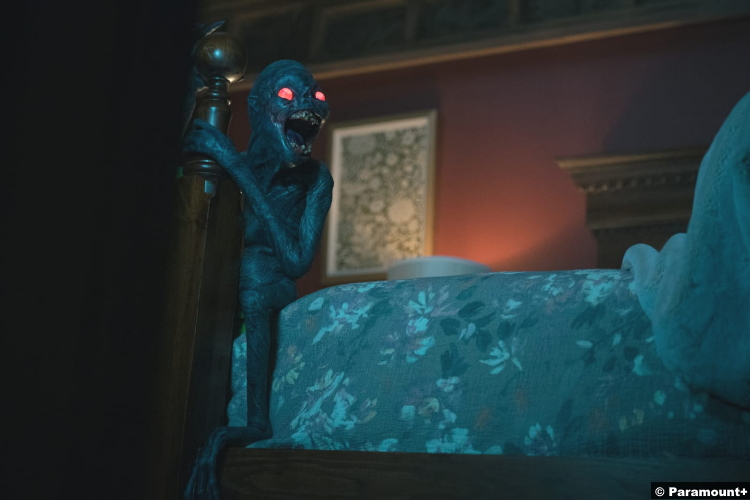 Having been blocked from that avenue, though, he tries another. After her browser serves up an ad for an Animal Crossing-type game, Lexis checks it out. And she may be just a kid, but she can easily see through another player who befriends her immediately. The player is always asking about Lexis’s mom, after all. It’s very obvious stuff like, “My mom gets on my nerves so much. Does your mom get on your nerves?” That’s not an exact quote, but it’s the vibe.

Lexis also points out that the player doesn’t speak like a girl their age. She points that out, by the way, to her sisters, all of whom then join the game. Leland might have thought this would be easy, but just ask Kristen (or Andy). Demons might be scary, but the Bouchard girls can be relentless. It’d be nice if they’d do like their mom asked, though, and tell her about all this.

7.5/10 – I’m looking forward to seeing where this all goes, but the ambiguous endings, like with the soul-measuring experiment, left me feeling a bit unfulfilled. I really liked the plotline with the Bouchard daughters and the game, though. In addition, we know already that Andy doesn’t care for Sheryl, but I was glad to see him being explicit about it. She’s always been a lot, but we know she’s malicious, so it’ll be good if they can get her out. Easier said than done, of course.