This week’s episode of Evil combines two of my favorite things: made-up urban legends and an assessors’ case that’s more silly than serious. I don’t mind the more highbrow pursuits, but I prefer these kinds of cases. Mainly, it’s because I’m really dumb. Mostly, though, it’s because these cases are just fun.

They can also be kind of spooky, which I always, always love. This week’s starts when David is still trying to get used to being a priest. After multiple young folks yell nonsense (“Captain Kirk is Christ!”) at him in the confessional, the Monsignor tells him what’s up. Apparently, he’s hipper than David. Anyway, it’s all part of the legend of “Visiting Jack.” 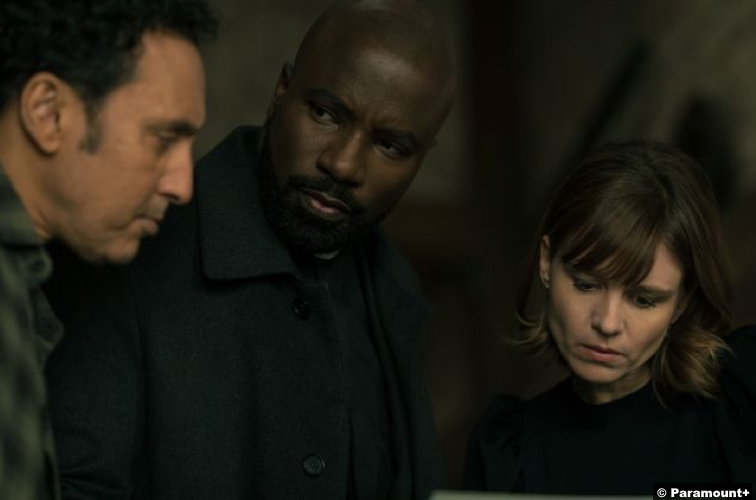 Visiting Jack is a spooky-ooky entity, akin to Slenderman. If you look at the picture of him, then you must complete a list of tasks, or “licks,” in the next 7 days. (Very The Ring.) If you don’t, then you die and stuff. The “stuff” being that your family also dies. It’s absolutely absurd, of course, and seemingly comes out of nowhere. However, it’s clearly compelling.

First of all, Lynn has a boyfriend! She and Ren are not, though, k-i-s-s-i-n-g. I mean, maybe they are, but they’re not now. Having seen the dread Jack, Ren has holed up in his house, desperately trying to complete the licks. He doesn’t want to tell Lynn about any of it, though, just in case she gets the wild urge to look upon Jack.

She and her mom do squeeze out some details, but the biggest clue is in Ren’s search history. He’s looked at this one address on NotGoogle Street View a lot. When the God Squad tries to look at the same image, however, part of the abandoned house is blurred. A notification alerts them that site users have requested the obscuring. Weird. Luckily, Ben’s sister Karima is a genius and uses her own program to way, wayback the site. That’s when they see the creepy image (of Jack) in the window. 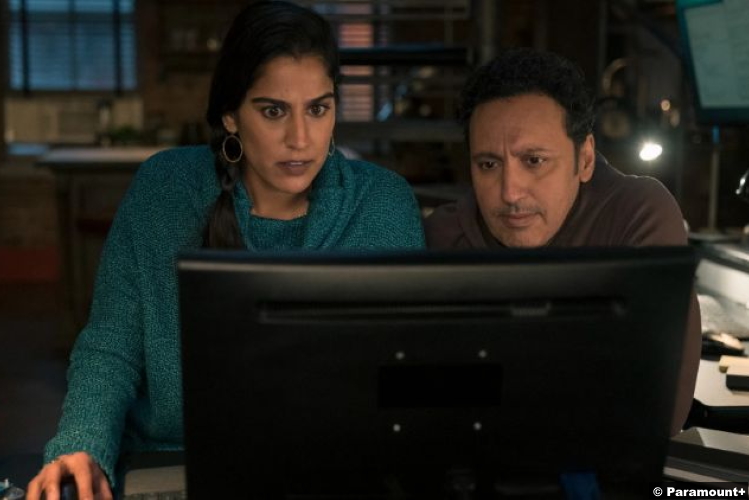 Obviously, they have to go to the house. A young man who’s staying in the house claims to be doing Jack’s bidding. The Squad thinks he’s orchestrating the whole hoax, take his picture, and then show it to Ren as a reassurance. He’s like, but what about all the other addresses? Anyway, it all turns out to be a hoax, just not one that the kid at the first house has created. It’s two other dingdong college kids, one of whom drives a car for NotGoogle Street View. (Apparently! They finished this case awfully fast.)

Interestingly, the investigation leads the crew to the home of the widow LeRoux. If you’ll recall, that’s also where Kristen made her a widow. Kristen, by the way, is the most chipper of the trio about this part of the case. That’s another way of saying that she acts real weird about it. Ben doesn’t know the truth, of course, but he obviously senses something is up.

And they’re both getting that sense about David. He gets an unsettling nighttime visit in his room from Victor LeConte. He’s there to recruit David for a Super Secret God Squad, working for the Vatican. David accepts, but then regrets it immediately when his first job is kind of disturbing. He’s to administer last rites to a guy in a hotel suite, then take a postcard from the scene and leave the door open. That sounds incredibly shady, obviously.

I mean, the last (and first) time we met LeConte, he was carrying a brochure for Evil Fertility Clinic, Inc. It feels natural to mistrust him. On the other hand, maybe he’s telling the truth. When David confronts him about the task, LeConte explains that it’s all actually part of a rescue mention for Grace, whom we met last season. She was deported and her whereabouts are now unknown. The postcard is to indicate if she’s still alive. It’s blank, but there’s writing on the tip someone in the suite forced on David. And I have no idea what it says.

Sorry, but LeConte doesn’t specify and I can’t read hanzi. However, speaking of languages, I read this tweet in April where this guy said he practices on Duolingo every time something on Twitter annoys him. I thought it sounded like a right smart idea, so I started doing it. My visits to Twitter have dropped tremendously, while my drunk toddler Korean has gotten pretty decent (for a drunk toddler).

Every time I go to read something on the hellsite bird app, everything just seems calculated for outrage. You could argue that it’s partly a mess of my own making, since I created my timeline. But as the app forces you to look at tweets by people you don’t follow, that point is essentially irrelevant. Anyway, I bring all this up because it’s related to Sheryl’s new job with Leland. He wants her to troll people into continuing to doomscroll. 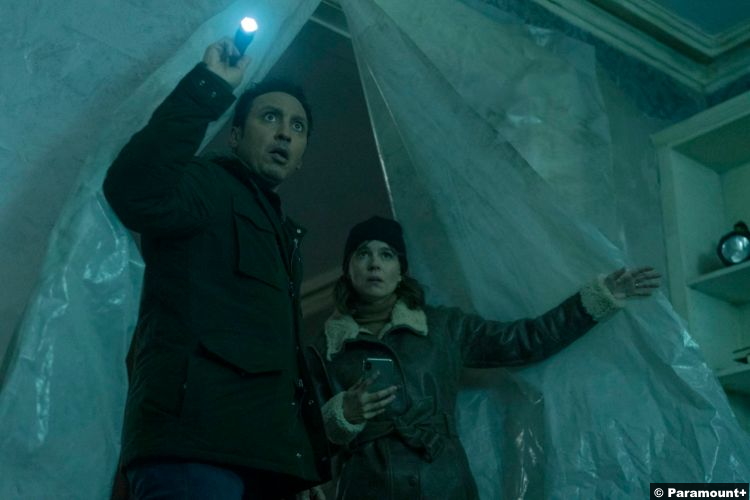 It’s unclear what the exact purpose is, besides making people miserable. However, Edward’s task seems to be clearer. As the costs for the Bouchard home renovations pile up, Andy tries to find a new, higher-paying buyer for the climbing business. Edward shows up, promising eyewatering sums, but only if Andy will guide a climb in Nepal. So, uh, I guess we should wish Andy an early “Rest in Peace”? I hope not, especially since I was just starting to like him.

8/10 – The case ended up being kind of a dud, but the destination doesn’t matter that much to me. The journey does, and it was a delightfully creepy time.