Ever since he arrived in town, Percival has seemed pretty infallible. He still hasn’t won the war, but he’s easily taken the lead in multiple battles. This week, though, he–or at least, his judgment–seems to falter a bit.

Last week, if you’ll recall, Percival tried to lure away Archie’s employees to his project, building the new rail line. He promised them lots of benefits, including higher pay. Unsurprisingly, it worked on many of them, like Fangs. 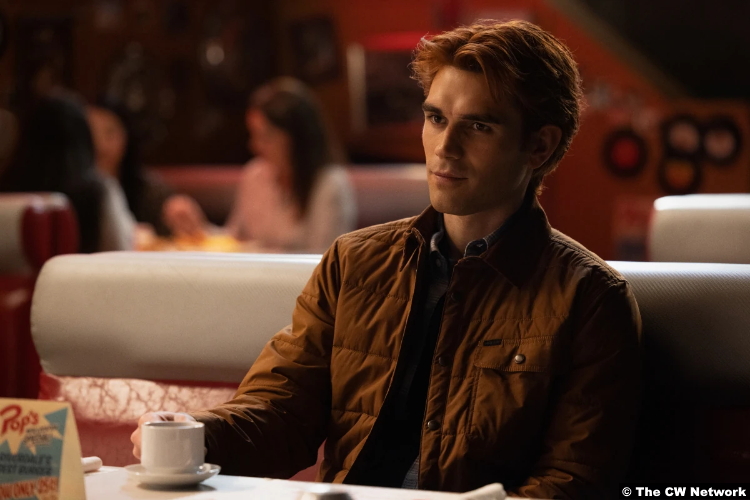 This week, though, they find out that Percival and his minions exaggerated how great the job would be. The pay is lower than he promised, for one thing. In this, Team Good–Archie, Tabitha, etc.–realize something that Percival doesn’t seem to.

That is the fact that dissatisfied workers are more likely to stray. The good guys don’t even have to work that hard to get the rail workers on their side. In fact, it’s pretty easy, especially since Percival makes it so. I mean, not only is he not giving them the compensation he’d indicated, but he’s also charging them for expenses he should cover.

I’m only surprised that he’s not making them live in a company settlement or paying them only in like, Pickens Papers, a kind of currency that they can spend only in company stores. (Riverdale fact check: I made up the name and existence of Pickens Papers, but the rest is something that happened in real life.) Anyway, once Tabitha shows up with a food truck, selling burgers at a throwback price and she and the gang start whispering “union,” it all just kind of falls into place.

Well, it’s not a done deal right away. What really tips the scale is hearing a letter from Percival’s great-grandfather, thanks to Cheryl’s family library. The letter was an extremely wild moment for me, personally. You see, when they first started talking about encouraging the workers to unionize, it reminded me of something. I don’t know why I even thought of it, since nothing in their conversation had anything to do with it. What I was thinking about was a specific scene in the documentary Harlan County, USA.

If you haven’t seen it, then all you need to know right now is that it follows a group of coal miners in Harlan County, Kentucky, who go on strike. The scene I was thinking of was of activist, singer, and former miner Nimrod Workman describing a conversation he once had with one of his bosses. Workman drove mules, like, the literal animal. His boss told them to be extra careful with the mules, particularly in light of the danger of rock falls. As Workman recalls in the film, he asked the boss what would happen if a rock fell on him. The boss replied, according to Workman, “We can hire another man, but you gotta buy that mule.”

Why am I suddenly recounting a labor documentary in the middle of a Riverdale episode? Well, it’s because of what Great-Grandpappy Pickens wrote, when his palladium miners went on strike. Among many terrible things, he said, “But I tell you, there is more value in the mules that carry the palladium out of our mines than these so-called men.” Uh, have I watched this show so long that we’ve started to mind-meld? 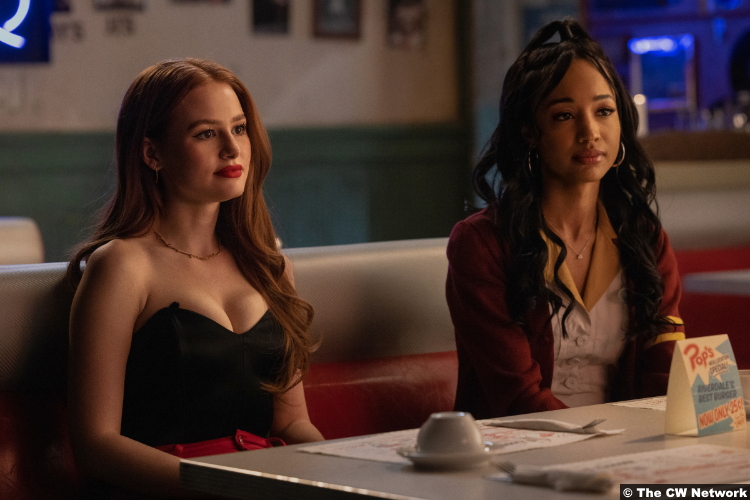 Boy, I sure hope not. Anyway, with that, and the fact that Percival doesn’t even bother to call on an injured employee, the other rail workers vote to strike. Love to see it. I do not, however, love to see Charles again. He’s back because he’s dying of Unspecific Blood Disease. I was just listening to a podcast episode about murderer Marie Hilley, who once faked her death by claiming a similar illness, so I’ll take a cue from the podcast and just call his malady blooditis.

Anyway, the prison sent him to die at home, surrounded by family and unsupported by prison infirmary funds. The blooditis doesn’t get him, though. We also learn in this episode that Spider-Woman Veronica’s body is acting like a big ol’ filter, flushing out any poisons that enter her system. Betty, wanting to prove to herself that she’s good, convinces Veronica to be a dialysis machine for Charles, which cures the blooditis. Great–now send him back to jail!

At the same time, Toni and Fangs are too ridiculous for me to talk about this week. I mean, Toni punches Kevin, which should look great at their custody hearing. If it even gets that far, I mean. According to Percival, Kevin isn’t baby Anthony’s father, so I don’t know if he’ll still pursue sole custody. 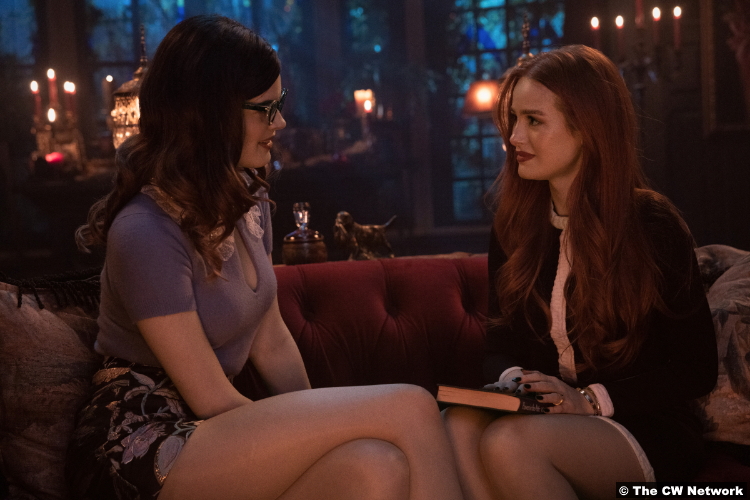 And speaking of being alone, there’s Jughead’s plight this week. In a stunt that sees him donning Jughead’s famous beanie, an image that oddly made me very uncomfortable, Percival is able to break into Mr. Jones’s brain. He opens a figurative door, in fact, which deluges Jughead in a cacophony of everyone’s thoughts at once. As you can imagine, it’s awful. And it’s seemingly the biggest reason why Percival loses his momentum on the railroad, which is just dumb.

Anyway, the only way Jughead can escape is by holing up in The World’s Grossest Bunker. Unfortunately, though, that doesn’t stop it. He’s still hearing thoughts, even down there, covered by feet of dirt and what has to be many layers of human detritus. And as the end title comes up, the letter D switches back and forth with a V. Has it always done that, or is Jughead breaking through the River…veil? We’ll find out, maybe, in a couple of weeks, which is when the show returns.

9/10 – In general, I’m inclined to be more generous now that the show’s on its way out. This episode, though, earned this rating on its own merits, mostly for its labor focus. A little weird for the show, but I like it. I also liked Cheryl’s witch training and Moose’s being the voice of reason, a position that these folks sorely need.