Last week, I commented on Tabitha’s notable absence. I’d forgotten that she was trying to get Pop’s certified as a historical landmark. In my meager defense, I guess I thought that was a fairly routine process. Like, you fill out a form, maybe submit some documents, and that’s it. Apparently, though, it’s more involved.

The most important detail about her attempt, at least this week, is that it failed. Now she’s got only a few days to figure out a way to save Pop’s before Percival and his minions obliterate it. Her next idea is really kind of genius. He can’t bulldoze something that isn’t there, so Tabitha is going to move Pop’s. 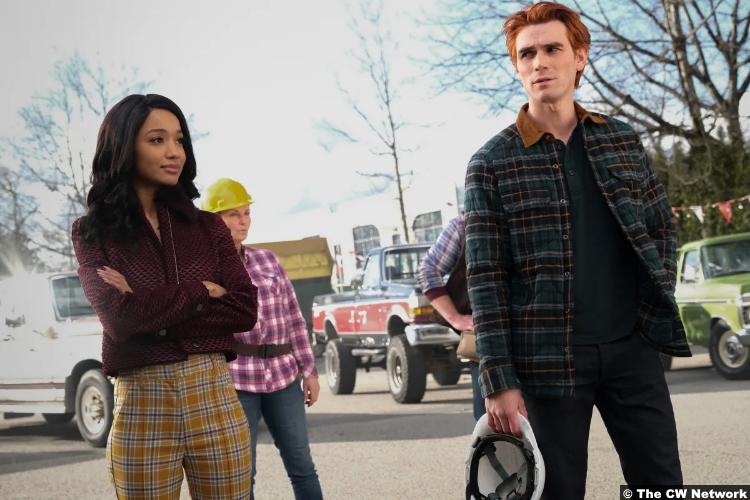 To that end, she hires Andrews Construction to do the job. They’re going to dismantle Pop’s, piece by piece, then move it to a location where Percival can’t touch it. Unfortunately, that second part is where Tabitha is running into trouble. She hasn’t been able to secure a safe place yet. In the meantime, though, it’s enough to have the deconstructed Pop’s on a truck, ready for reassembly.

However, that doesn’t go as planned, either. From the start, there are little telltale signs that something isn’t right. I don’t really know how to explain the vibe. It was just something kind of witchy. At first, I understandably assumed that Percival was up to his usual shenanigans. As it went on, though, I instinctively knew it was something else. As in, something else didn’t want Pop’s to go.

With Heather’s help, Tabitha is able to figure out that it was ghosts all along. The ghosts of Pop’s can’t let it disappear, because they’ll go, too. That can’t happen, because they have to witness the coming battle. If they’re not there to witness it, then it won’t happen, and more importantly, the good people of the town will lose the chance to end Percival. 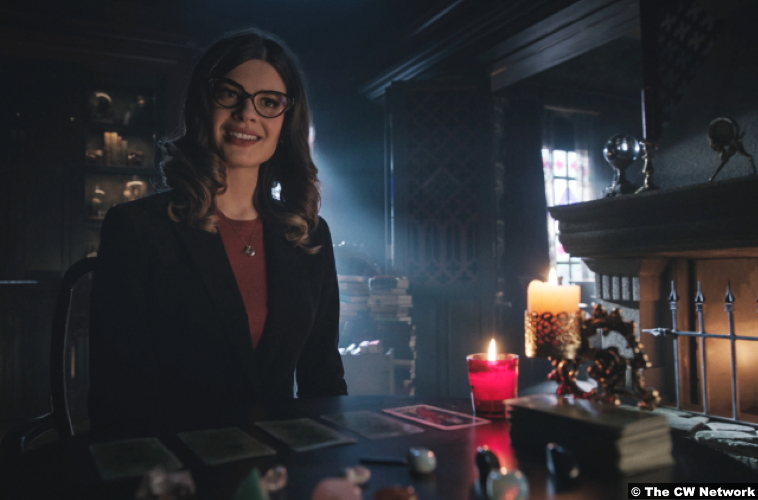 In that moment, Tabitha understands why Percival has such a grudge against the diner. I, for one, felt very seen when she said, “This is all starting to make sense,” and Cheryl retorted, “Is it?!” Like, I didn’t even have to say it myself, so thanks.

Tabitha then negotiates with the ghosts. If they can just hold on, then she’ll reconstruct Pop’s right away, and they won’t be lost. Surprisingly, they agree, and she finds a safe haven at the El Royale, where the ghosts now wait.

Before that, though, one of the other issues Archie had was that his uncle Frank tried to steal away his employees for the rail project. He’s able to offer more money and shinier benefits. Fangs, who’d joined on to the diner job, immediately ditches them for the railroad. Toni doesn’t understand this at all–why would he want to work for Percival?

However, as their custody battle heats up, Fangs wants to show that he’s a capable adult with a “real” job. He already has two real jobs, one at the Wyrm and one as the baby’s caretaker. But he feels like he has to do more. Man, I guess. Also apply that response to Toni’s suggestion that they get married.

Meanwhile, Reggie is still trying to get a win against Veronica. Reggie, as Archie has moved up in the world, you’ve become the dumb one. (No offense.) You’re not going to beat her. His half-baked blackmail plan is a good example. I’m not even sure why Veronica entertains it as a threat. I feel like she could just say, “No, I didn’t,” and that would be the end of it.

Still, though, since it ends up putting her in a new plotline with Jughead, I’ll take it. Too often, I’ve not enjoyed her storylines. They’re boring to me, for one thing. It was always about her daddy. This is still kind of about him, but in a new, fun way. Don’t ruin this for me, show. 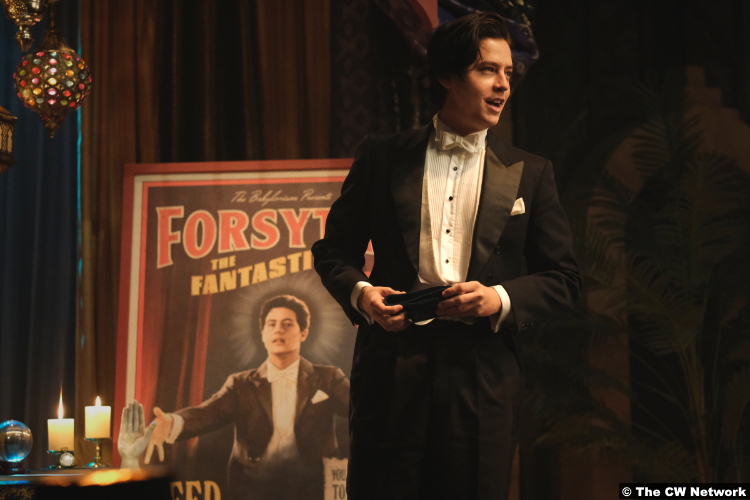 Anyway, after cajoling Jughead into using his mind-reading for a Babylonium event, she has another idea. He can’t seem to implant ideas like Percival, but maybe he could remove thoughts. Like, maybe he could remove Reggie’s knowledge about the hit on Hiram. Of course, he can. It’s not like Reggie’s mind is a steel trap or anything.

At the same time, Betty is probing the nature of the auras she sees. This is prompted, by the way, by her seeing one around her nephew. I will confess that I forgot the children existed. And when I tried to rattle loose their names from my mind palace, all I could come up with for the boy is “Jimsonweed.” (It’s Dagwood. The girl is Juniper.)

Even with help from Agent Drake (Sophia Tatum), Betty doesn’t come to a solid conclusion. Some of the people with red auras carry the “serial killer” gene. Some of them do not. It seems more likely that the auras are related to the capacity and/or inclination to do harm. So why is she now seeing one around herself?

8/10 – Giving Veronica a new storyline, in which she interacts with someone outside her family (and Reggie) makes this a win. I also always enjoy the more supernaturally-tinged episodes.

And I suspected this, since I heard the cast were signed to 7-year contracts, but now it’s official. Next season will be the show’s last. How wild will it get before then?