Well, we’re losing people quickly in Rivervale. It seems that last week’s ending death was not an aberration, and we’re going to lose more familiar faces before this event is over.

If the town thought they sacrificed Archie for a reason, like good fortune, then that good fortune sure doesn’t stay long. The Serpents and the Ghoulies, for instance, have found no peace. They’re still at war and it’s deadly.

The fact that Toni ends up (accidentally) killing one of Darla’s sons isn’t the shocking part to me, though. What’s shocking is that Toni is out there to begin with. I mean, you have a baby. And I’m pretty sure Rivervale Toni still works at the high school? So, like, ma’am, why are you knife-fighting in the streets? You wear blazers. 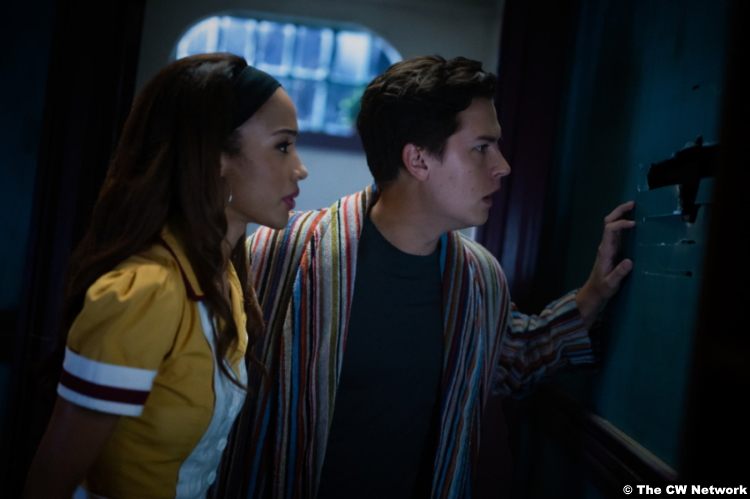 We brush past that story pretty quickly, though, putting it on hold until later. The bulk of the episode is spent with those titular ghost stories. Particularly, relationship-shaking ghosts.

After the buggy onslaught of last week, for instance, Tabitha and Jughead’s new apartment doesn’t get any more inviting. They’re under stress already, as Tabitha is working and Jughead is not. He’s supposed to be writing or at least helping out at home, but he’s not doing much of anything. Tabitha starts to become resentful.

Then they find a whole secret room in their apartment (shades of this story). It immediately captivates Jughead, who starts spending his days in the room. He’s actually writing now, but still not doing much else. And the resentment continues to wear on Tabitha. It doesn’t help, of course, that she’s found out that Jughead kept a secret about the apartment from her. A previous couple who lived in the apartment died by murder/suicide. Well, that’s cheery.

Unfortunately, though, while the Jughead/Tabitha storyline felt real (outside of the ghostly aspects), the show doesn’t invest the same care in Reggie and Veronica’s story. I know they’re trying to imbue their plotline with meaning, but in the end, it’s really just a weirdly aggressive argument over a car. And I’m not being metaphorical here.

With his father terminally ill, Reggie has taken over the car lot. One day, a man stops by. He wants an appraisal on his car, but since it reminds Reggie so much of Bella, his high school wheels, Reggie just buys it off him.

Later, Veronica finds a picture of a very attractive woman in the car. A chance meeting with Principal Weatherbee ends with Veronica finding out the woman’s identity. It’s Isabella Soprano–sure–who used to be the driver’s ed instructor at the high school. That is, until she was fired following stories of improprieties with students.

Veronica goes from zero to hundred–car puns–upon hearing this. She’s already being oddly hostile to Reggie about the car, but she really just goes into overdrive (car puns). She destroys the car, for one thing. Then she angrily confronts Reggie when he comes home (to find that his girlfriend has just trashed his car).

I’m trying to think of this as Rivervale Veronica, because Riverdale Veronica is usually more calculating than this. Still, though. Since her first assumption is that Ms. Soprano preyed on Reggie, it seems ill-advised at best to get angry with him. That’s especially true when it turns out that she was not a classic RHS predator, like Ms. Grundy. She was someone in whom Reggie could confide, back when his dad’s idea of discipline was actually abuse. On that note, he’s like, by the way, I just came back from my dad’s death.

With all this turmoil in town, you might think that the Archie sacrifice didn’t take. Or maybe it did, but something more sinister is overriding whatever good fortune they had coming. I don’t know about the first thing, but the second thing is demonstrably true. 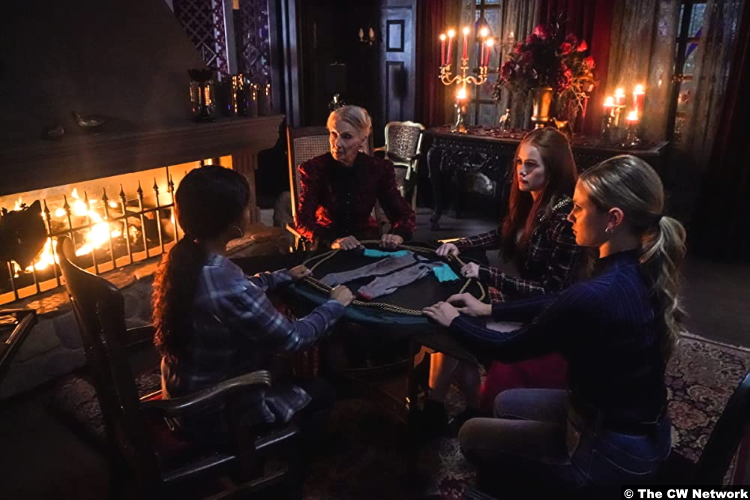 Because dripping her way through town, as all these stories take place, is La Llorona. If you don’t know what that means, then all you need to know is that it’s a figure of folklore in the Americas, particularly Latin American communities–the “Crying Woman.” The story varies depending on the region, but the basic bones are that she lost her children (due to drowning) and now she wanders the water’s edge, looking for them. It’s often used as a bogeywoman story to get children to behave and/or not wander off. Like how my aunt said there’s an old man in Verbena (Alabama) who eats naughty children.

Anyway, after some sightings and at least one child death, Cheryl holds a seance to contact the spirit. With her are Nana Rose, Toni, and Betty. Dr. Curdle, Jr. has just informed Betty that she’s not pregnant anymore. The common assumption, of course, would be that she had an early-term miscarriage, but we know that La Llorona visited Betty in her sleep.

When they contact the crying woman, she tells them that the townspeople of Rivervale murdered her and her children because they assumed she was a witch. They blamed her for the town’s downturn in luck. That seems about right.

She’s back in town, by the way, because Darla called her. Toni tries to apologize to Darla, but c’mon. Where was this apology before she called on an entity of vengeance? 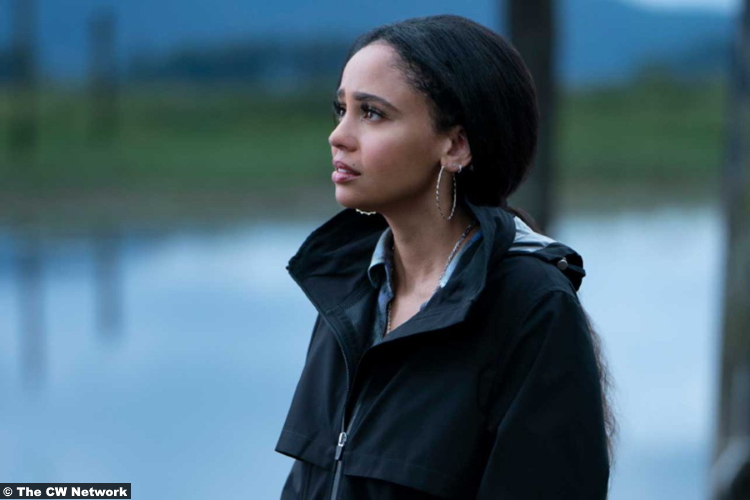 It doesn’t matter, in any case. Once you get her started, La Llorona will take and take and take. She’s taken baby Anthony, to be exact, and spirited him away to the Sweetwater. And it’s there that Toni demonstrates just what Darla was saying, that a mother’s love will conquer anything. She gives herself to La Llorona, offering to take on her role and her pain, to spare Anthony. The bargain complete, Toni gives her love to her son (now entrusted in Betty’s care*), and lets the river take her.

8/10 – Despite the inherent silliness of Riverdale, this ended up being kind of touching. And speaking of, La Llorona has been the subject of several horror stories, but this one, which is really a drama, was particularly moving to me.