REVIEW: Obi-Wan Kenobi had a good season and little else

Once upon a time, Star Wars was a theatrical treat. It was a generational film franchise that only appeared sporadically, offering up a handful of movies before disappearing for a decade or more. That was before the Disney times.  Before the Mouse House. Now Star Wars is “content.” It is a brand that must be churned out, pumped out, and doled out on the regular, not only to serve the large Disney ecosystem (toylines, comic books, theme park attractions, pillow sheets, you name it) but perhaps most importantly now: It exists to provide new hours of viewing experiences for Disney+ viewers.

The days of Star Wars being a rare-bird sort of cinematic experience is over. It’s never coming back. Quite frankly, that’s okay. I won’t force myself to look back on the 80s-00s with rose-tinted glasses. The fact is only the first trilogy of movies remains a masterpiece of cinema. For those six years between 1977-1983, Star Wars was more than just a franchise; it was a shared American passion. Everyone loved Star Wars in those days. It wasn’t “techy” enough to appeal only to nerds, nor was it dumb enough to appeal only to schlock lovers. It was a little of everything. In fact, I have long believed, and still do, that Star Wars is the American mythology story. It is to us what the Legend of King Arthur is to England. No offense to George RR Martin and his A Song of Ice and Fire series, but America has already been given a Lord of the Rings-style fantasy series and, back in the day, it was Star Wars.

But that simple story, a tale that grew (and contracted) in the telling, did not remain three movies. It expanded, literally, with novels upon novels. Eventually, more movies were added, whose quality was drastically lower than the films that preceded it, and whose appeal increasingly dwindled. The first Star Wars movies were special because they drew inspiration from the likes of silly Flash Gordon stories to serious Samurai epics. The prequel Star Wars movies felt less special because they drew inspiration from the likes of, well, other Star Wars. That big difference between the trilogies only continued a generation later when Star Wars became a Disney property. Star Wars is about Star Wars now, which makes it a franchise that only appeals to Star Wars fans. That might seem obvious to some, but I would remind us all that there was a time when Star Wars appealed to everyone.

Now we have a plethora of films and TV shows, and while some of it is very good Star Wars content, rarely is any of it truly special, and some of it is downright mediocre. Now comes Obi-Wan, a spin-off that fans have been asking for from the moment Disney started pumping out Star Wars content on the regular. That was seven years ago and it seems like an Obi-Wan project has been talked about, hinted at, and been in development in all that time. Now, finally, it is here. It brings back Ewan McGreggor as the titular Jedi, perhaps the one character everyone agrees came out of the prequel trilogy no worse for wear. It brings back Hayden Christensen to the role of Anakin Skywalker/Darth Vader, a character significantly damaged in the prequel trilogy and remarkably rehabilitated in the Clone Wars TV series. And it brings us to an era we haven’t explored yet in live-action, the heyday of the Empire, ten years after its founding. This is a series with a lot of goodwill behind it, and a lot of expectations too. How does it measure up? 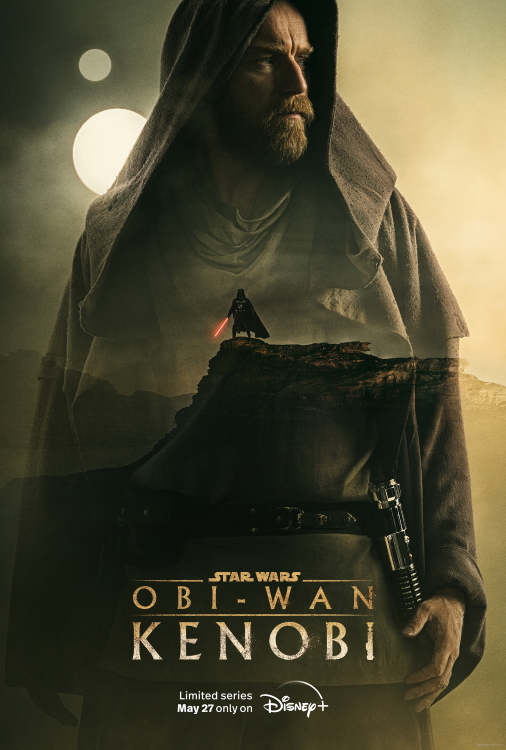 I wish I could be unrelenting in my praise. Failing that, I wish the show was so bad I could rant and rave about it for pages on end. I can’t really do either. Throughout the runtime of the six-episode show, I found myself almost falling in love with it and, just as often, almost hating it. The show seems to swing like a steady, reliable pendulum, from one extreme to the next, with no middle ground except, bizarrely with the one character everyone seems to be focusing the majority of their attention on. More on her in a sec.

The setting and the simple plot are on the good end of the pendulum. This has become something of a franchise-defining staple for the Star Wars live-action shows: The scales are rarely galactically threatening. These are smaller stories, about good, sometimes conflicted people doing good deeds to help other good, sometimes morally grey people, amidst an environment that is very cut and dried “not good.” 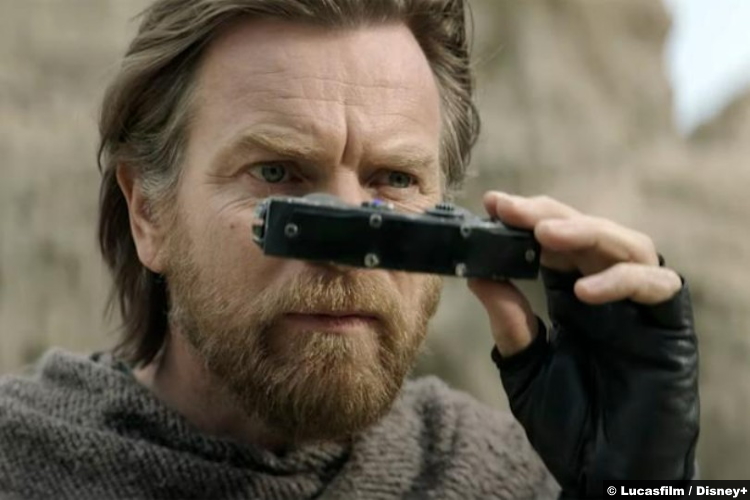 Whenever Obi-Wan is showing his hesitancy to use the force, whenever he shows unspoken pain over the mistakes and failures of his past, and whenever he’s being asked to emote quietly in the fantastical, sometimes bizarre environments of the galaxy far far away, the show is very good. There’s still not much to write home about, but at least it’s not loud, garish, in your face, and dumb.

Most especially, there was a moment in the fourth episode when Obi-Wan must use the force in multiple ways during a rescue attempt. The hallway through which they are fleeing is underwater and when the glass begins to crack and water starts to seep inside, it’s up to the Jedi to use his power to buy them some time. Watching him hold back the water is hardly the most remarkable thing we’ve ever seen a Jedi do in this franchise, but because the story thus far had been about Obi-Wan’s reluctance to use the force, it made the moment weighty and impactful. It also helped, and continues to help the show overall, that he’s basically the only hero who uses the force. 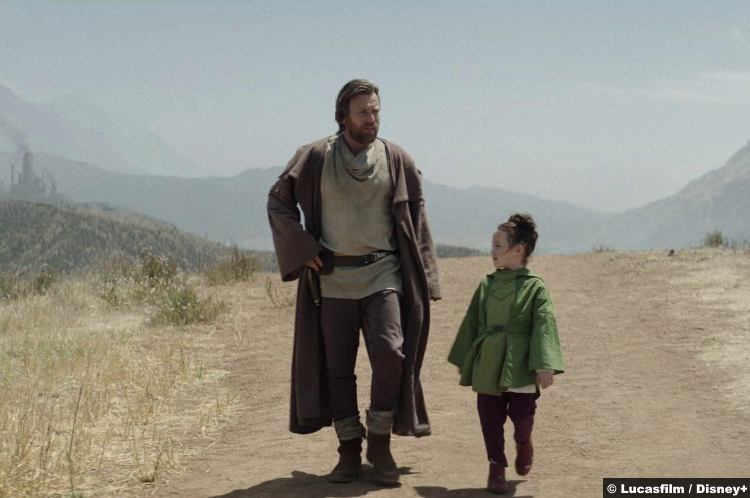 In the original trilogy, force users were limited to one or two people per film. Their powers were mystical, mysterious, and unexplained. They were treated like the fantasy wizards Lucas was inspired by. Merlin is special because there aren’t a ton of wizards running around in the days of Arthur, same with Gandalf and Middle Earth. The Prequels took away the mystique of the Jedi, made them a police squad, and not only overexposed their powers but overexplained them, too. Watching Obi-Wan in this show, quietly using subtle force moves and having them carry big ramifications was very good. 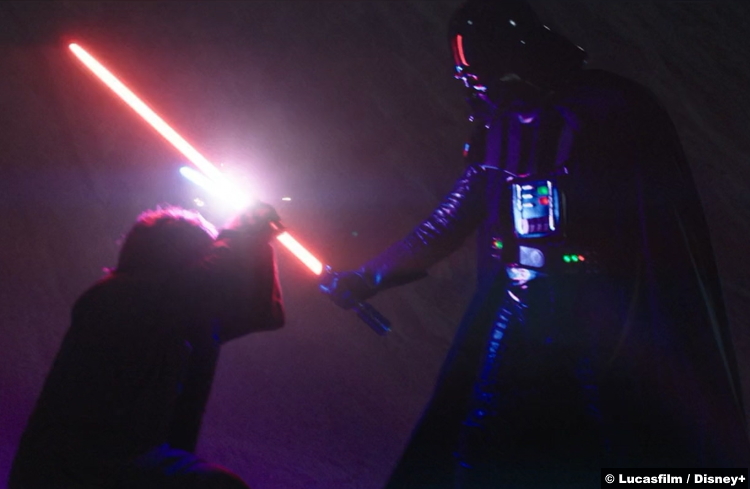 On the other hand, it’s the technical side of the show that lets it down. The directing is flat and boring. The screenplays are dull. The story is not meaty enough to sustain even six episodes. And the non-McGreggor actors are flat-out bad at reading their lines in a way that doesn’t make them look and sound unintentionally funny.

The exception to this is the character of Reva Sevander, as portrayed by Moses Ingram. Moses has been the source of controversy and the target of online criticism about her performance in the show. When I finally sat down to watch the series, I did so fully aware of this controversy. I watched her expecting to hear something as bad as the worst actors of the prequel trilogy. Instead, she was fine. She didn’t blow me away. Her performance wasn’t very subtle in any way, but no one was. Her only “bad” moments were, in my opinion, a failure of direction and screenplay, not acting. The whole controversy is a nothingburger. May it be forgotten. 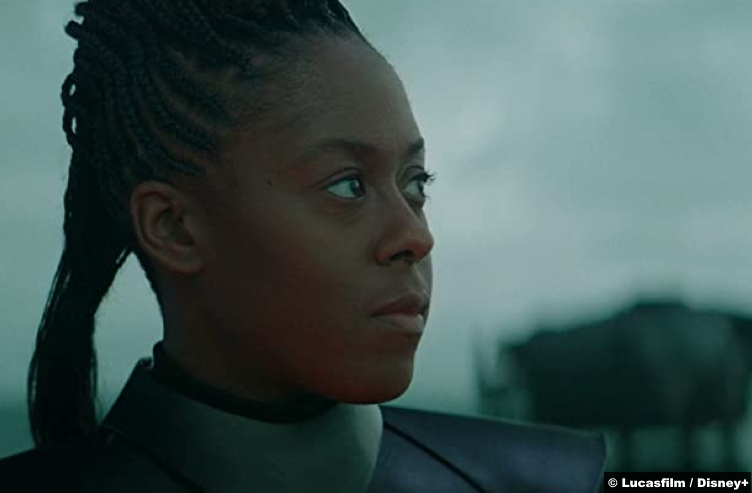 Other than that, I have no noteworthy complaints, though I will double-down on the lack of story being a detriment. I like the idea of the story, but the execution would have been better suited to a feature film. That’s what this feels like and that’s what, I suspect, this originally was: A two-hour “Obi-Wan: A Star Wars Story” movie project initially planned to release sometime after Solo, but when that movie bombed, everything was put on hold. A movie would have been preferable but a series of episodes is better for a streaming service, apparently, so here we are, with a TV series that is okay. That’s all Obi-Wan is: It’s sometimes good and sometimes not, but I won’t say I wish it didn’t exist.

8/10 – Obi-Wan Kenobi is a perfectly cromulent addition to the ever-increasing catalogue of Star Wars content Disney will be churning out until the world ends.