You can check out the spoiler-free REVIEW here…

I am going to be doing a lot of digesting of this movie over the next few months. I did that with The Last Jedi too, but in that case, it was due to a need to defend the film from unwarranted criticism (it’s okay not to like TLJ but some of the complaints against it are spurious). In this case, I’ll be writing about everything that went wrong, why, what could have been done, etc.

Let’s keep things basic, though. This movie did not need a massive rewrite.

Okay, it really really did, but even if you couldn’t do that and you had to get by with editing and customary reshoots, you could have salvaged this movie.

1) Cut out the Sith dagger, 3PO memory wipe, Chewie kidnap/rescue. It was all superfluous. Chewie’s “death” was headfaked within minutes, 3PO got his memory back; all of that was a shaggy dog segment, spinning the plot in a circle without advancing anything. Cut that out and you save half an hour.

2) Give that newfound half-hour over to a more deliberate pace and, more importantly, more character development for Ben so that his turn from dark to light isn’t confined to a single scene standing in the rain.

3) Don’t make Rey a Palpatine. The movie didn’t need it. The shock value in the reveal isn’t worth all the retconning you have to do with previous movies, going all the way back to the beginning of the saga. Rey being a Palpatine was always ever just a stupid shock move that becomes more stupid the more the shock wears off. Nothing about it makes any sense, either as a plot device or as a narrative choice. Just keep her no one and let Palpy tempt her to become the ultimate someone/empress. It’s the same basic idea only without the baggage weighing everything else down. Rey has to choose between having a name, identity, destiny given to her or remaining a no one and forging her own destiny. She, of course, would choose the latter and if you still want to end with the schmaltzy “I’m Rey Skywalker” bit that’s fine.

You fix those three things (messy and pointless first half, Kylo lacking a good character arc, and Rey being a Palpatine) and the movie improves exponentially. 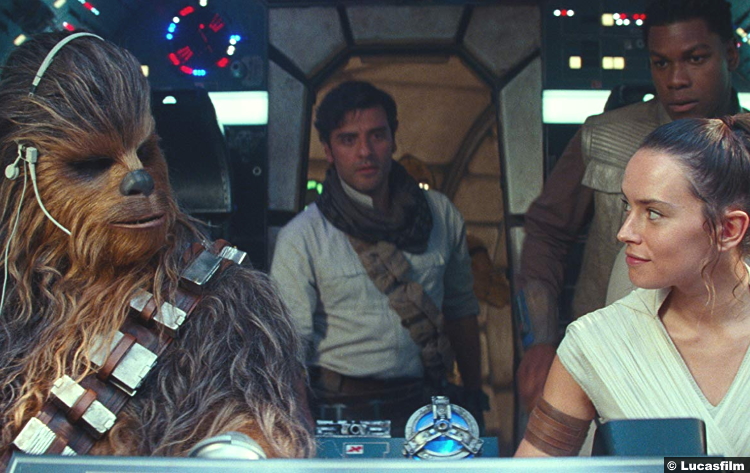 Let’s start with the magic protractor that pointed the way to the Death Star II throne room despite the fact that the dagger was older than the wreckage and that if Rey had only been on the other side of the water it wouldn’t have worked in the first place. Did JJ lose a bet or something with the writing of this movie? That stupid protractor isn’t even that important. It’s just a McGuffin that leads to the OTHER McGuffin, which itself is one of two duplicate McGuffins in the movie, the latter of which is all that’s used in the end anyway!

To be clear, I don’t want to harp too much on making Rey a Palpatine. As with TLJ, I didn’t sit down to watch thinking “here’s what I want to happen and if it doesn’t go how I want then I will complain.” No, I wanted to let JJ/Tierro tell their story and then judge it on those merits. If you want to make Rey into Palpatine’s granddaughter, fine. That’s your call. But you better do more with it than just the reveal and some vague speechifying about “fulfilling your destiny.” It’s not that I need ten-minute exposition speeches, but I would like to know who exactly Palpatine made a baby with who then later had Rey. When did that take place? Why were Palpatine’s son and his wife so eager to hide Rey from their Emperor daddy? What is even the point of that?

Kylo went from being the most interesting character in the trilogy to being Jon Snow in Game of Thrones Season 8.

This movie featured the deaths of Hux, Leia, Kylo, and the headfake death of Chewie, and the headfake memory-wipe of 3PO. None of them conjured up any emotions and I wept like a child at his grandma’s funeral when Han died in TFA and when Luke died in TLJ. Those deaths were earned. They had a purpose. They had a weight of consequence before and ahead of them.

Hux’s death was a box to check. He went from being a stooge to being revealed as the spy to being discovered as the spy (moments after saying “shoot me otherwise they’ll discover I’m a spy”) and then killed all within the span of five minutes. Why write it that way? You don’t HAVE to write a character’s death like that. It’s your story, JJ/Tierro. You can do whatever you want with it. Why would you do that? 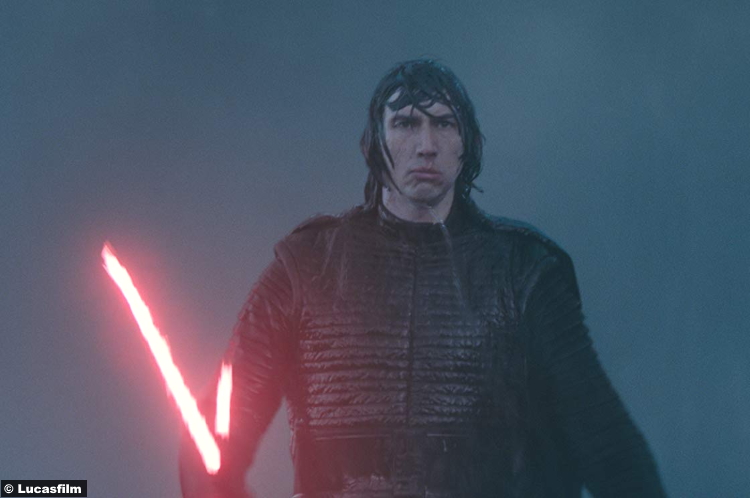 Leia’s death was what it was. For a year all we heard was “we found enough footage from TFA deleted scenes to adapt and give her a fitting story and closure.” What we got was Leia digitally superimposed into a few scenes, while characters say weird lines that don’t really make sense except to serve as a set-up for whatever already-recorded Leia line they had available for her to say. It felt like it was cobbled together, which it was. I can’t really fault them as it was a rock and a hard place situation.

Kylo did all of nothing and a half in this movie. He put his helmet back on for no reason. He claimed he was going to kill the Emperor and invited Rey to join him which…I mean he literally already did that in the last movie. Why are you doing it again? His redemption and the return of Han was a moment that needed to happen (a box to check) but it was unearned in the story this movie told. In the end, he dies saving Rey which did nothing for me. I wish it did. I wish it moved me. Kylo was my favorite character in this trilogy. I wanted his ending, whatever it may be, to be special. As I said, the movie had a good climax with two hours of set up that let it down.

The cameos were nice.

There were too many things like Leia very conveniently having a lightsaber at Luke’s hidden island. Too many “we need something and voila here it is and not only that but it’s actually always been here we just haven’t mentioned it before but it’s super important all of a sudden.” Lookit, if I give you a key in scene one and you come to a locked door in scene five and then use the key, that’s good writing. If you just happen upon a locked door and then suddenly say “oh wait, I have a key. I’ve always had it but never mentioned it until now!” that’s bad writing.

This movie has a lot of bad writing.

The prequels had bad dialogue and too much reverse engineering. No one, however, ever argues against the plot of the three movies. There’s a good story there and George told it, albeit poorly thanks to being a bad actor’s-director and a putrid dialogue man.

TROS is just a bad story. 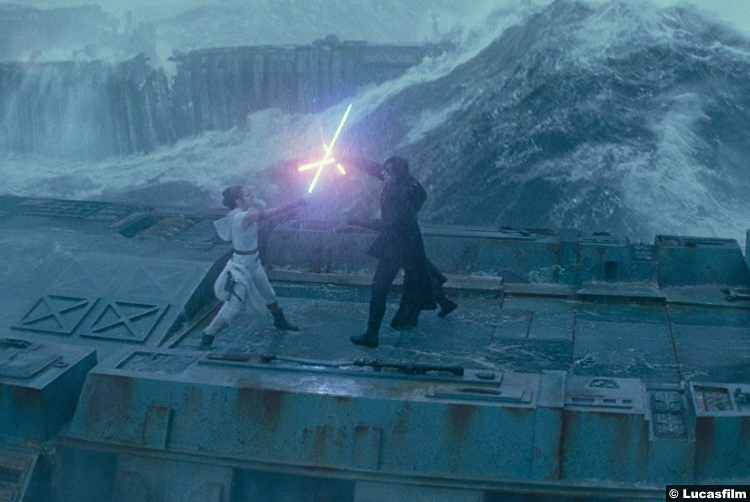 If you want to know how important John Williams is to the franchise, watch the first half of the horrendously boring Kylo vs Rey fight on the DSII, which happens without any musical accompaniment from John Williams.

They never explain how Luke’s lightsaber got put back together and I told myself a week ago that if they didn’t do that I’d be really disappointed. Instead, it’s like #47 on the list of things wrong with the movie. 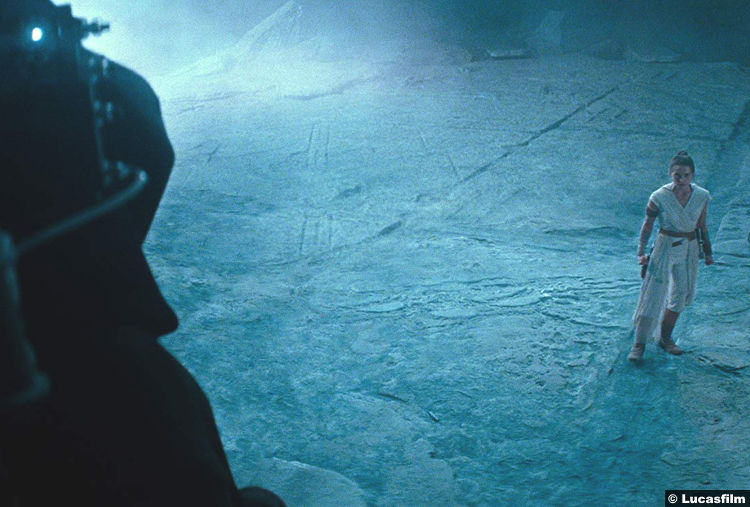 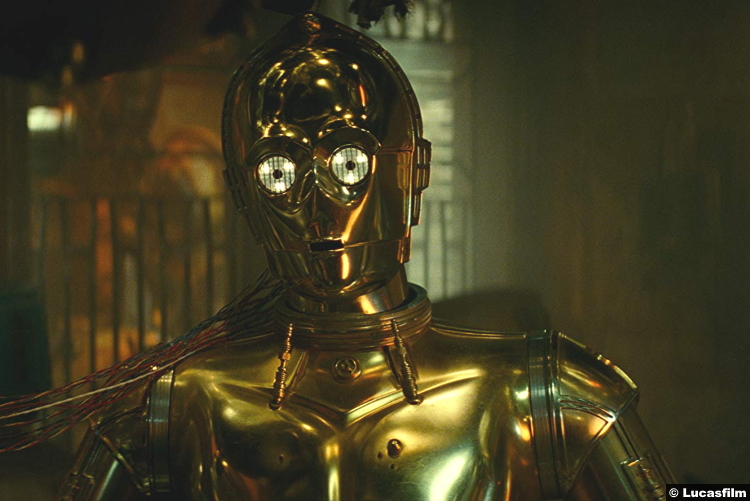 In conclusion, haha just kidding I’ll be ranting about this one for a year:

When next I rant, I will focus on what specifically went wrong with the “story” of the movie (such as it was). After that I’ll go character by character, breaking down all the ways this movie failed them.