Welcome to another edition of “Matthew defends The Last Jedi till he’s blue in the face!”

Still to come are discussions on Snoke and Hux, Rey’s parents and her hero’s journey, Luke’s controversial character arc, and speculation about what the future holds with Episode IX.

Right now though let’s talk about Force Training, specifically the criticism by some that The Last Jedi makes a mockery of it. Maybe you’ve heard the complaint…

Rey beats Kylo in a Force tug of war with basically only one day of training!

That’s not how force training works.

The problem with this stems from a misunderstanding of what Rey is (or at least seems to be) as well as what Force Training actually is in Star Wars. Throughout the Sequel Trilogy, Rey has shown herself to be a savant when it comes to the Force. She’s a late bloomer, not unlike Luke in the Original Trilogy, but once she realizes what she has in her, she immediately displays remarkable proficiency…again, not unlike Luke. 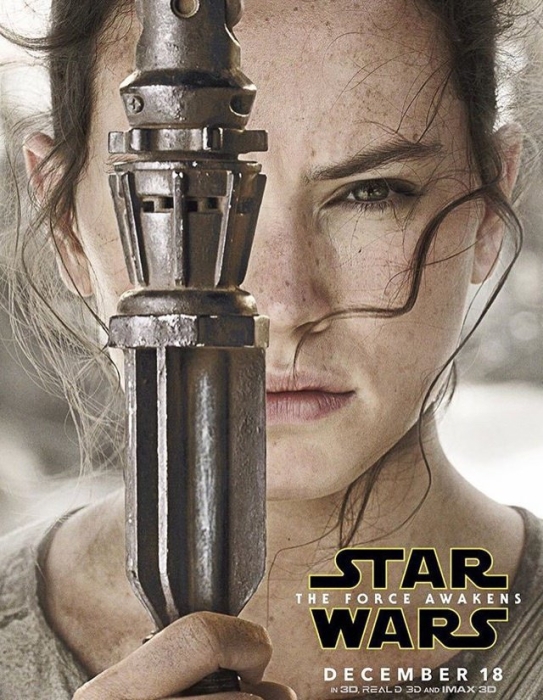 As a result, Rey demonstrated as early as The Force Awakens that she is every bit Kylo’s equal (at least) when it comes to the Force. Recall the scene when Kylo tries to read her mind while she is in his custody. She knocks his mind-scan(?) back at him and exposes his own Vader-centric inferiority complex.

In The Last Jedi, she continues proving herself Kylo’s equal, in the aforementioned tug of war scene. I think it’s very likely that she is, in fact, Kylo’s superior in Force acumen, but only appears his equal due to his years of experience using the Force compared to Rey’s only-recent discovery.

On the other hand, it’s possible that we shouldn’t view The Force, with respect to “training” in that way at all. Maybe Rey is better (or at least, equal) to Kylo for reasons that have nothing to do with training (one day’s worth or otherwise). Maybe she’s better simply because she’s just that much more in tune with the Force than he is. Think of it like waterflow in a tap. When it comes to feeling the Force “flow” through them, some people have no flow, some have a drip, some a steady stream and others a deluge. Kylo and Rey have access to a deluge…and possibly Rey has even more.

So when it comes to “learning the Force” let’s not think of it like learning math for the ACT test. I think it’s funny how some people complain about how little Luke “trained” Rey…like she was training for the Olympics or something. The Force isn’t a skill; “learning” it is about being in tune with it. That’s why it’s called a “force” in the first place. It’s this invisible thing that binds the galaxy together, not a series of formulas you have to memorize.

How much training did Luke get from Obi-Wan or Yoda? He got a few sentences of philosophy and some vague “stretch out with your feelings” one-liners and that was it. The rest he did on his own. We laugh at Rey talking about lifting rocks but that’s the extent of what Yoda taught him, again apart from the philosophical mumbo-jumbo.

It seems like The Last Jedi rejects the idea that the Force is a tool you “train” to use. That’s a Jedi idea and one which they held to in a very Pharisaical way, ultimately to their downfall. It’s something Luke alludes to and rejects as vanity.

Instead, the Force is simply a presence that binds all things together, which a person sensitive to can tap into at varying degrees, depending on how in tune to it they are (or maybe are genetically predisposed to be, if you want to bring midichlorians into this).

Still though, people will take issue in a general way with how the movies (Both TFA and TLJ) handled Rey’s skills. The argument is she simply shouldn’t know how to use the Force as naturally and as easily as she does. Let’s consider that: In The Force Awakens we’re really only given two clear examples of her USING the Force (not counting her pushing back against Kylo’s mind-scan thingy): The first is when she mind controls the Stormtrooper (Daniel Craig) and the second is when she beats back Kylo at the end of their duel on Starkiller Base.

As to the first, I take that as kind of a reverse engineering. Kylo had already tapped into her mind and she had already turned it around against him. So all she had to do was figure out how to turn that power on. After a few tries she got it. Think of it like being at the doctor as a kid when he takes the little hammer to your knee, making it jump involuntarily. Doing that to yourself is possible but it’ll likely take a few tries before you can figure out where the sweet spot is to replicate it. 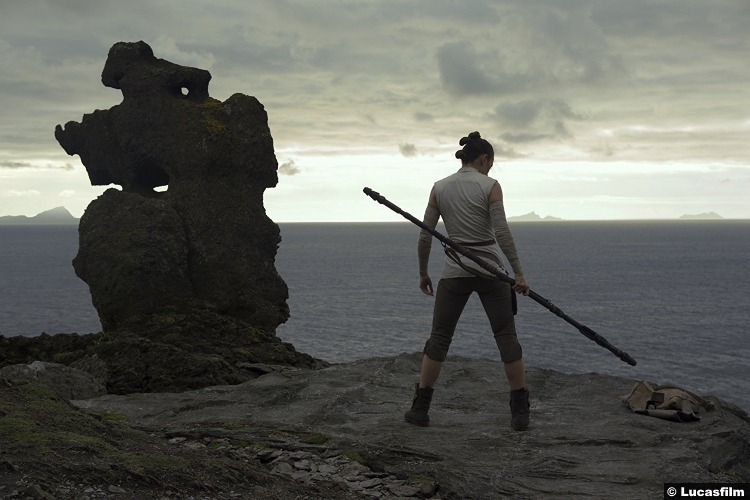 As to the second, that’s just a matter of her being a skilled fighter (established on Jakku as Finn watched her with awe) and of her letting the Force “control her actions” which Obi-Wan says in A New Hope the Force can (“partially”) do. So there’s no sudden, miraculous sword-fighting prowess that the Force gives her in the climax of the film, rather it’s a person who is (A) in possession of a very big tap to let the Force flow through her, and (B) was just learning how to switch that tap on to let it help her use the talents she already had access to.

The Last Jedi takes those ideas and follows them through to their natural conclusions. If the Force is an energy to be tapped into, what kind of “training” is needed? Luke teaches Rey—very much like Yoda did him—that such an energy is meant to be respected, even revered, not manipulated for vain purposes. That first lesson by Luke contains one of the most beautiful and concise explanations for, not only what the Force is, but also how a student of the Force should respect it…

That’s the extent of the lessons in the movie. It’s not about figuring out how to “use’ the Force. It’s about respecting it while it is used so that it doesn’t become a thing you abuse (which is the slippery slope to the Dark Side).

The Last Jedi doesn’t ruin the notion of the Force; it returns it to the mystical pedestal it was placed on in the original movies. As such, I will defend the movie’s depiction of Rey’s training, and the movie itself, till the end of my days!