Last week brought us the penultimate episode, a fun and sometimes emotional romp that set the stage for a big finale…

And now for the finale…

There will be spoilers and a lack of cohesiveness to my thoughts as I’m just sort of spilling them out here.

First, I am of two minds about the episode. Part of that is due to a lack of certainty regarding the show itself. Will there be a third season? Going into this episode I was certain of it, but now I’m wondering how it could work with a critical dynamic of the show being removed. The relationship between Mando and The Child has been essential to the show’s identity. Without that, it’s just a shallow easter-egg hunt, with episodes containing very thin plots and often stilted acting. The Mando/Child relationship grounded things and gave everything an emotional center. Grogu was the heart and soul of the show for many reasons, not the least of which was his body language and childlike antics. Mando, by nature, can’t (doesn’t) emote, so I don’t think a show with him going solo can work. 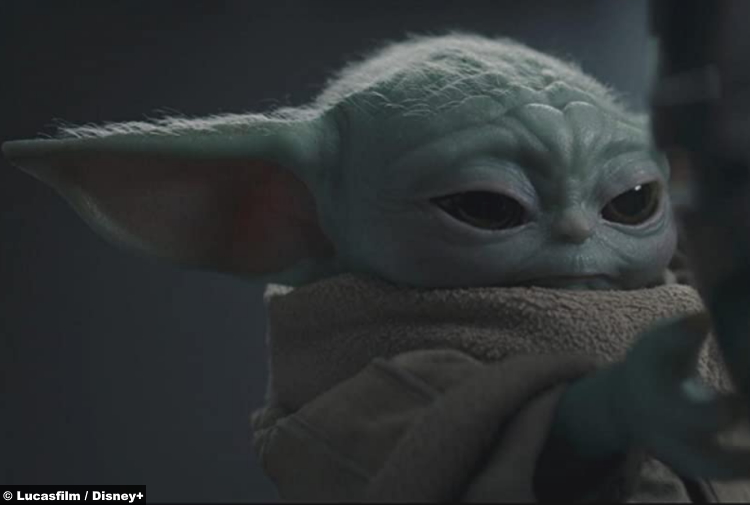 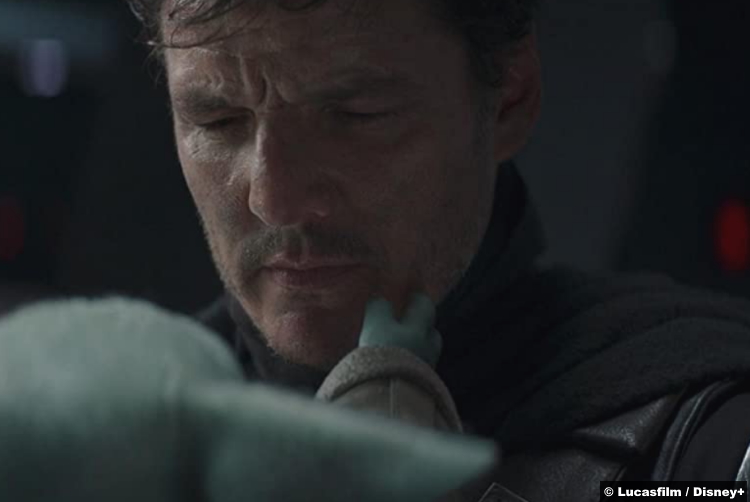 Based on the announcement that a third season was coming, combined with the post-credit scene at the end of this episode (and a December 2021 release date), I can’t help but feel this is the end of The Mandalorian as we know it. Mando can be slotted into someone else’s show here and there, but I feel like the focus will shift to Boba Fett next year. We’ll see.

As for this week’s episode itself, as I say I’m of two minds.

On the one hand, it was very inconsistent. Parts of it were the weakest of the year, specifically concerning the dialogue, pacing, and editing. On the other hand, when the show needed to, it rose to the occasion.

Taking notes while watching a show for the first time is probably the wrong approach, as you sometimes make assumptions that end up not bearing fruit. For example, I was ready to criticize how quickly the Dark Troopers were dispatched by Mando (by way of vacuuming them into space). It would have been cheap to build them up for so long, only to dispose of them so effortlessly. Had that been the last we saw of them, I’d have thought the writers simply didn’t know what to do with a force they made so overpowered. Instead, the head fake came when they returned to fight again. At the same time, in the end, they were disposed of relatively easily, but I won’t hold it against them considering the manner in which they were disposed of. 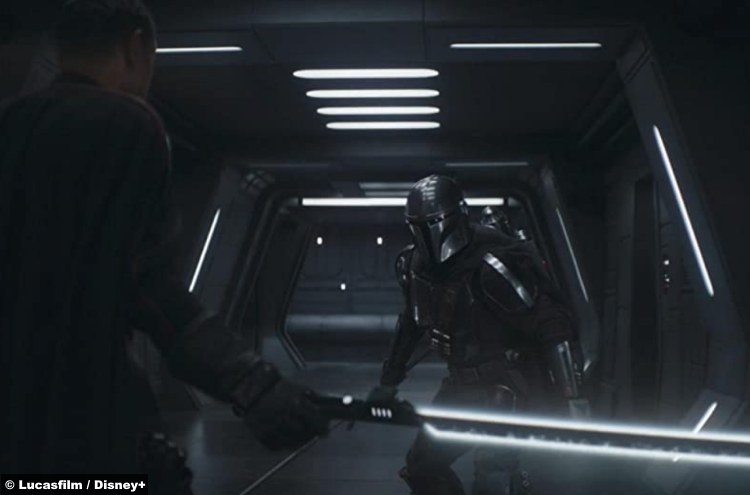 There was also the matter of the climactic fight between Mando and Moff Gideon. In the moment, it felt hurried and reached its ending way too quickly to satisfy two seasons of buildup. But, just as soon as I wrote down that note, the show threw me for a loop by introducing the element of succession to the Darksaber, rendering the quick defeat of Gideon a pyrrhic one. Bo Katan wanted the blade but she has to earn it, and having Mando just hand it over doesn’t get it done. There are too many seeds planted for future seasons and/or shows for this to be a definitive ending. We’ll see Bo Katan again, I assume, and the journey of the Darksaber will continue as well;  that blade will end up in a few different hands before Bo Katan finally gets it, I think.

Overall, as an hour of TV, I was entertained but not totally. The acting and line reading was really stiff, almost like watching a play, and the pacing was extremely rushed until the final fifteen minutes. But those final fifteen were more than satisfying enough to make up for an uneven opening.

Um, yes, but I have caveats.

First, since when does the Darksaber work under “Elder Wand” rules? That works as a TV trope, but within the universe of Star Wars, it’s already established that the blade can be passed around without recourse. Previously, Sabine just handed the thing to Bo Katan (in Rebels), and Sabine took it from Maul’s cave. So maybe if you don’t intend to lead you can pass it around, but then again Mando never intended to lead, so who knows. It’s a continuity error, no way around it.

Second, how can that one dude have been on the Death Star? I guess he was on DS2 since that was the only one that had any evacuations (Tarkin was offered the chance to escape but it’s clear from the dialogue and the film itself that he was privileged in that way and no one else obviously escaped before it blew up). I’m assuming those people Luke passed in ROTJ as he dragged his father to the shuttle were getting to and made it off in a shuttle and he was one of them, but, oddly, he never specified which one. I did, very much, appreciate that he acknowledged how many millions of people were killed in those two destructions. It doesn’t make up for blowing up Alderaan, but still, it’s time someone said it!

In terms of the undisputed good: The short fight between Mando and Gideon was delightful. So too was literally everything from the moment a single X-Wing appeared. My first thought was it was the New Republic, but then Grogu reacted to its arrival and I thought “Could it be…” From that point until he pulled down his hood, I thought we’d get a wink and nod moment where we know who it was but we never see his face. But then the scene kept going and it went from the queen mother of “fun easter eggs” to a legit show-changing plot point. That’s my kind of easter egg. 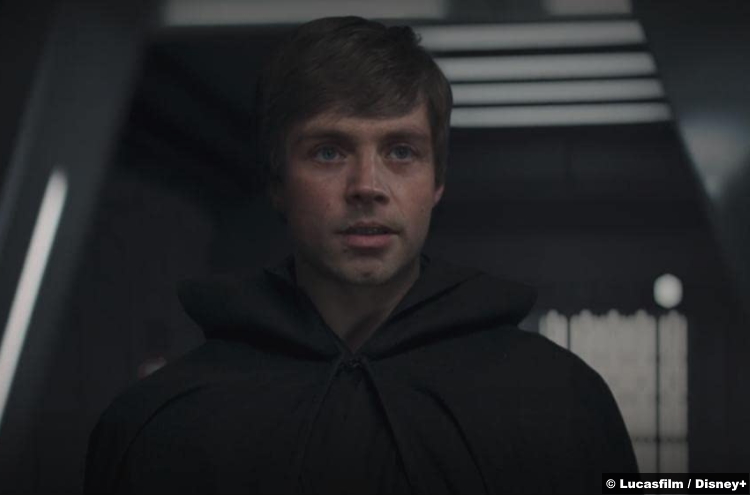 Seeing Luke’s skill as a fully-trained Jedi Knight was a dream come true. I’ve written more than enough in praise of The Last Jedi, but I can at least acknowledge that it remains a very divisive movie. Nevertheless, I suspect that future generations of fans will not have the same angst about the film because they will watch this episode and likely other pieces of Star Wars media that depict “Jedi Luke” at the height of his powers. Seeing him at the end of his life, a recluse on a rock, will not be such a bitter pill to swallow since it won’t be the first time seeing him since 1983. For that reason, I am fully on board with utilizing “young Luke” in whatever ways are needed. The de-aging CGI was solid for a smaller budget (and window of time to work with) than Rogue One had, but it was good enough for an extended cameo and was part of an amazing final sequence. 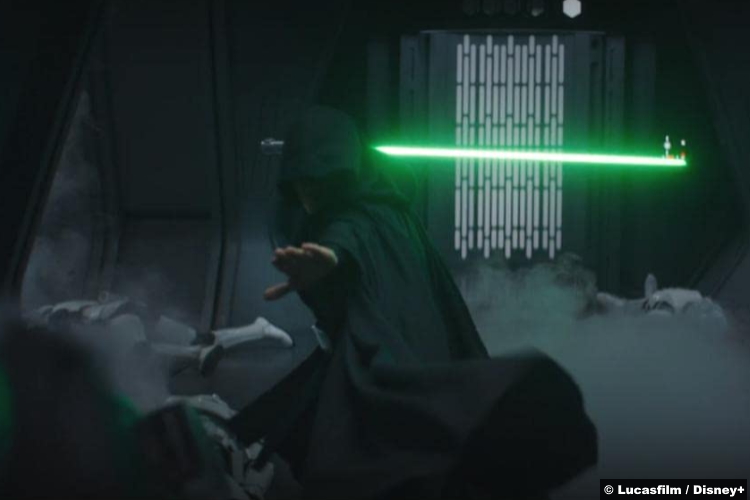 I am the last thing you want to face in a hallway fight, like my father before me.

9/10 – The Mandalorian’s second season effectively wraps up the core story elements that have been present from the beginning, while keeping enough unresolved to be spun-off into future series for years to come.