Since we’ve begun this new chapter, the return to Riverdale, Veronica and Reggie have seemed kind of separate from the main plot so far. Marooned over at Babylonium, neither of them have really participated in the movement to reclaim the town. They don’t even have any superpowers.

That might seem a bit odd, considering that they weren’t in Archie’s house when the bomb exploded. However, that doesn’t seem to be a hard prerequisite. After all, Tabitha can time travel now. I don’t remember where she was when the bomb did its thing, but I’m pretty sure she wasn’t secreted away in Archie’s living room or whatever. 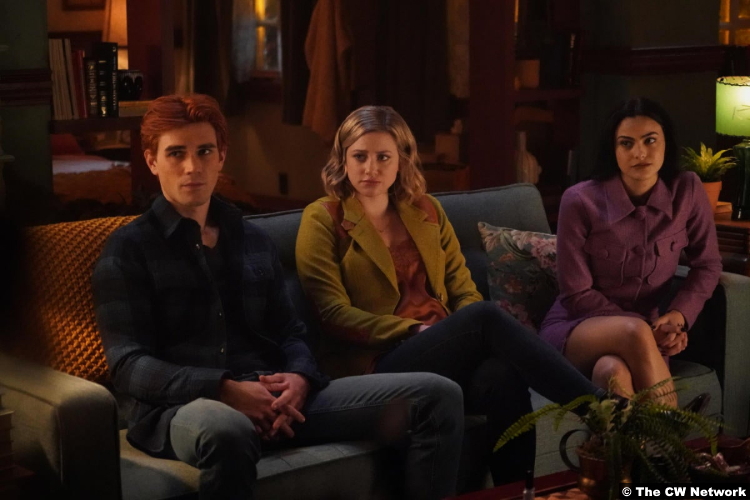 In any case, they both become a bigger part of the action this week, as Mayor Pickens enacts a delinquent library book campaign. It’s all a bit ridiculous, the way he explains it. They’re demolishing the library to build a hotel for all the folks the new railway will bring to town. So why then is it so pressing that everyone return their overdue library books? You know, reasons.

Percival being Percival, he can’t just start a letter-writing campaign or make an announcement on the Riverdale TV affiliate. Instead, he shows up at everyone’s house with his personal goon squad in tow. Some of the residents question whether they’ll actually face legal penalties if they can’t cough up a book that in most cases, they haven’t seen in years. Jughead points out accurately that there is precedent for it in other places.

By the way, I checked and that lady ended up not having to go to jail since she agreed to go to a diversion program and issue a statement that the library was not at fault. (Lord, help my time.) Percival, on the other hand, simply wants collateral to hold until the books are returned. Failing to return the exact copy, they can supply a similar edition, and of course, all of them seem to be rare.

This is all just a pretext, of course. He only wants the “collateral” for the same reason any magic person wants a personal object. It’s far easier to do spellwork on someone when you have something that belongs to them. Accordingly, once he gets those items, he wastes no time using them to make life difficult for everyone. 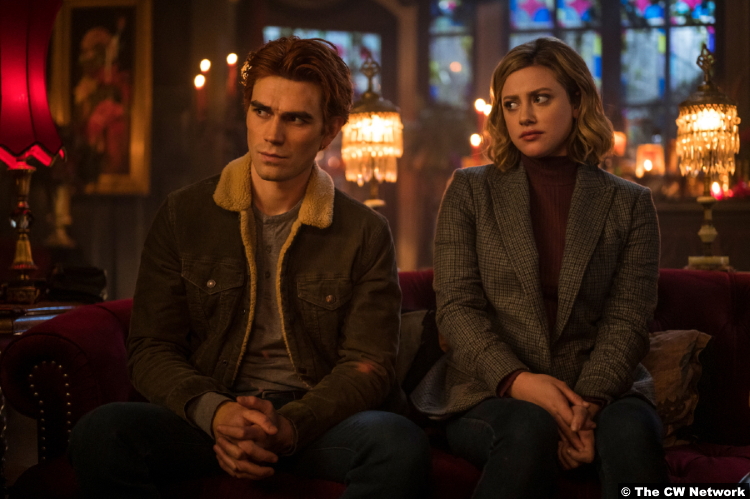 With Archie, for instance, he takes his once-beloved guitar. This plunges Archie into a sea of memories of Ms. Grundy. Her image torments him everywhere he goes. I can’t recall if anyone’s said this on the show before–I know I certainly have–but Betty helps him a lot when she tells him that Grundy groomed him. I think they’re both probably still feeling a bit conflicted after the pregnancy test turned out to be negative.

And as for Betty, Alice has already handed over one of Betty’s old diaries as collateral. None of this makes any sprinkling of sense, of course, but I’ll go with it. On that note, her “curse” is to unlock memories of her father that she’d suppressed. It’s nothing extremely shocking, though–just the reveal that he was probably (definitely) killing before he became the Black Hood.

It does, however, give her an idea about TBK. It turns out I didn’t have fog brain last week and they hadn’t done the interview with the other TBK survivor yet. Betty still doesn’t participate in it this week, even though TBK is her white whale. But that’s just so another agent, Marsha Lin (Quinnie Vu), can tell her that the survivor mentioned that TBK would always leave the light on for her.  The point is, it feels like a fatherly gesture, an idea that leads Betty to propose that TBK is a family man.

Lin says, “Very few serial killers have families.” Okay, first, might want to check with your employer on that. As that link shows, a lot of serial killers do straddle the line, going out and murdering, then coming home to build blanket forts with their kids or whatever. The most notorious example, of course, would probably be Dennis Rader, whose self-chosen nickname, BTK, is a clear analogue for Riverdale‘s newest murderer. Anyway, that gives Betty a place to start.

It’s kind of funny, the variations in curses that everyone gets. Jughead, for example, gets a gnarly case of eczema. Reggie, on the other hand, forgets how to read. Surprisingly, though, that doesn’t turn him off Percival, whose ranks Reggie joins by the end of the episode. 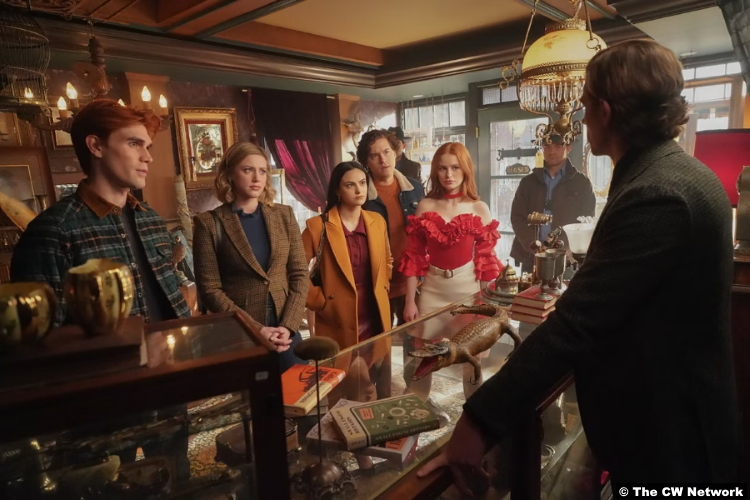 And despite the seemingly mature and healthy conversation they had last week, he and Veronica are at each other’s throats again this week. That’s one of the reasons she sleeps with Geraldo. Unfortunately for her, and more unfortunately for him, he wakes up with a bad case of death. The light of my life, Dr. Curdle, Jr., informs Veronica that it was black widow venom that killed poor Geraldo.

That’s very weird, since black widows don’t really produce their toxin in bulk. In addition, there are no puncture wounds on Geraldo’s body, so nothing bit him. In fact, it appears that the venom got into his system through his mouth. Oh hey, what was Veronica’s overdue book? Kiss of the Spider Woman. Despite what the title seems to imply, though, it’s really more of a dialogue between two prisoners.

But that’s just details in a town like Riverdale. In this place, it most likely means that Veronica is a human spider now. Just another day in the town with pep progress or whatever the slogan is now.

8.5/10 – It’s nice to see Reggie and Veronica become a bigger part of the main storyline. But, uh, where was Tabitha? I might have missed the explanation for her absence, but if not, then I’ll just assume she’s become unstuck in time again.