As we learned last week, Percival’s next plan to wreak havoc in Riverdale is aimed squarely at Tabitha. As with Toni, Tabitha is linked to a town institution. As such, destroying something as vital to the town as Pop’s would be a huge blow. But unlike his row with Toni, he doesn’t just want to ruin Tabitha’s life. He wants to take it.

The first phase of his plan is his newly announced railway. It will cut through the heart of Riverdale in more ways than one. Specifically, he wants to level Pop’s and use that space for the train station. Unfortunately for Tabitha, she can’t really rally the troops to her cause. 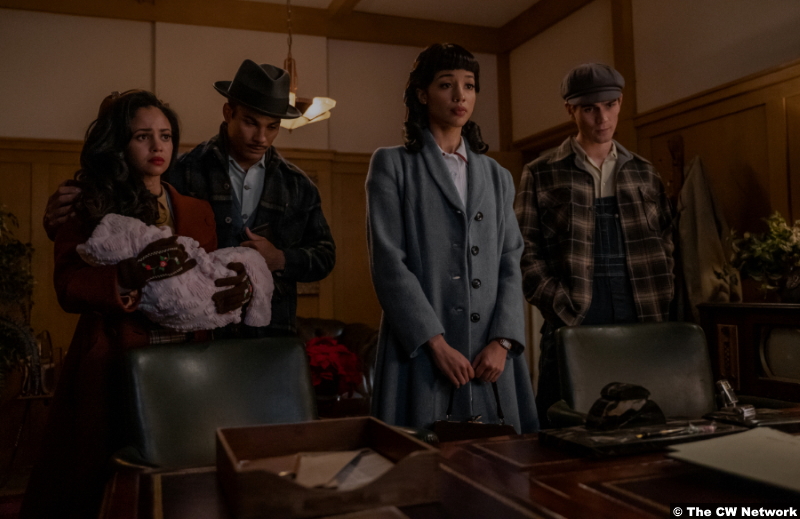 It’s not that they don’t want to help, but that they really can’t, not right now. Everyone’s just too weak. Then there’s Cheryl, who’s still trying to get the hang of her new powers. But speaking of those, Jughead finally shares his with Tabitha. Yes, I don’t know how she hasn’t already figured out that he can hear her thoughts.

But while he’s not in fighting shape at the moment, he does have one idea. They could get the historical commission to declare Pop’s a heritage site, which would protect it from destruction. They’re going to discuss it further over a comfort dinner of tomato soup and grilled cheese, when a (probably Percival-pushed) thug enters the diner and shoots Tabitha.

And with that, we learn Tabitha’s superpower. She can time travel! However, as with Cheryl, since this is a very new power, it’s going to take some time for Tabitha to master it. In the meantime, she’s just hanging out in 1944. Boy, do I have some news for her. 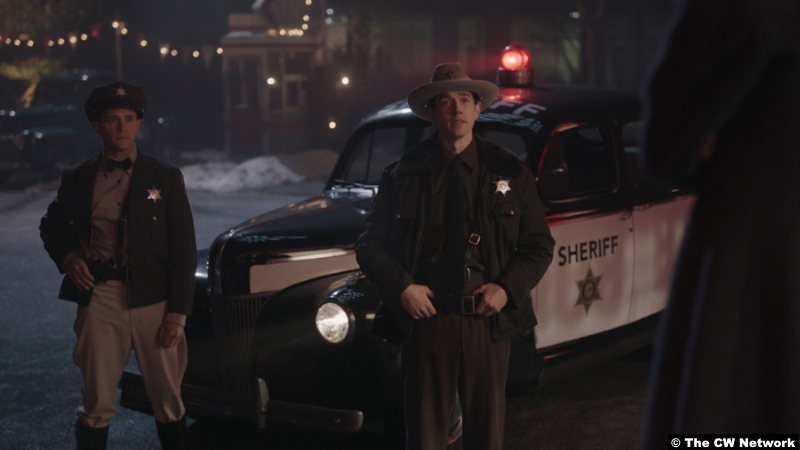 I always love a time travel story, by the way. It’s kind of more interesting in a show like Riverdale, though. Like its neighbor Greendale on Sabrina, Riverdale exists in a kind of time-free place. By that, I mean that there usually aren’t any markers to let us know when this show is set. We’ve got modern technology, sometimes, but then they drive old-timey cars.

Riverdale never usually bumps us against the real world, our world. They are often blissfully unaware of any major social issues or global conflicts. Uh, except for The War, of course. But what’s this? Mention of an actual factual war on this show? I am sitting down, but I feel like I need to sit down more.

The war, is, of course, WWII. Before the big “Salome’s found a way to talk about WWII again” klaxon starts going off at Cult headquarters, I will say that they barely mention it. But it’s there. Mostly, as you might expect, Tabitha’s more concerned with the fact that she just woke up in the 40s.

Her guardian angel, appearing in the guises of people familiar to Tabitha, is there to guide her, though. Still, her mission is complex. Not only does she have to make the leap home, but she’s also got to solve problems in whatever time she’s jumped. In 1944, for instance, it’s preventing Riverdale from becoming a sundown town. 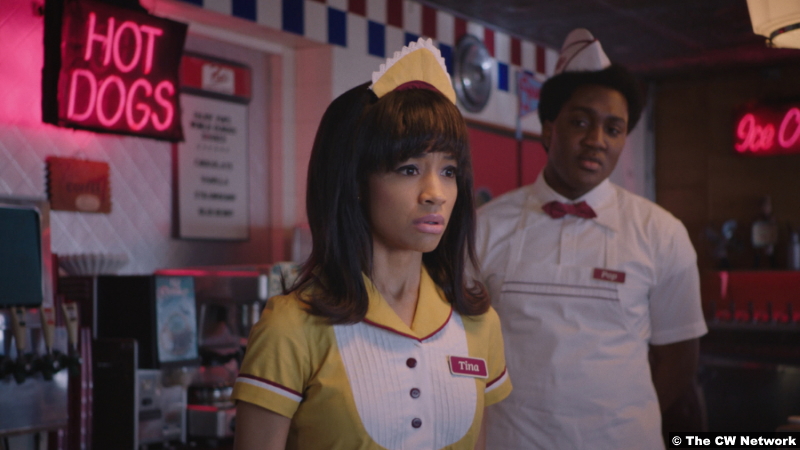 That almost seems easy, though, compared to her next leap, when she lands in 1968. More accurately, she lands on April 3. If you’re a student of American history, then you already know what’s coming. It’s the day before the assassination of Dr. Martin Luther King. Obviously, Tabitha puts any other concerns on hold to try and stop the murder from happening.

It’s no use, though, and not just because Percival is an agent at the local FBI field office. As her guardian angel, now in the guise of Toni, tells her, some things just make too big of a mark. They’re wounds in the collective unconscious that are just so deep that we can’t change them.

Okay, that kind of sounds like a cop-out, but sure. Anyway, her main objective in each time is to defeat Percival, of course. But when he plants a bomb at Pop’s, she fails in this time. She saves the day for everyone else, but jumps again. This time, she’s in 1999. Just like in these modern times, Percival is running a curiosity shop. 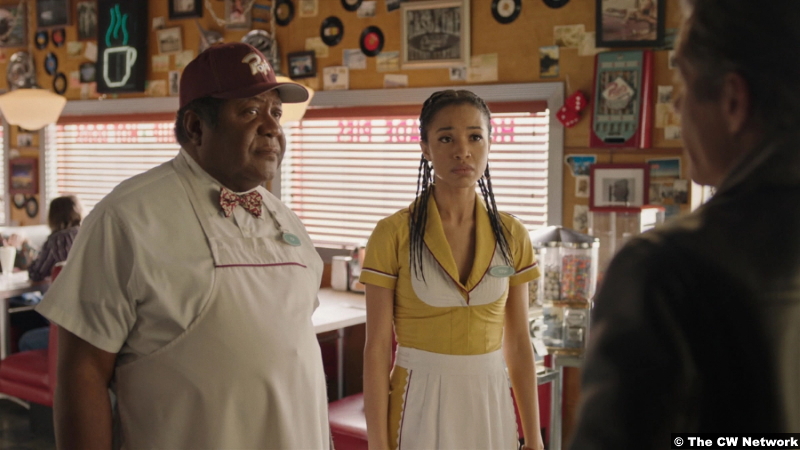 They have their most direct confrontation yet, but she still doesn’t manage to defeat him. She only makes him disappear. However, after realizing that Pop’s itself is her talisman, her way of grounding herself as she bounds around decades, she’s able to get a greater hold of her power. To that end, she also makes a jump forward. Sadly, what she finds doesn’t look good.

Pop’s is still standing, but just barely. It’s a lone outpost in a post-apocalyptic world. Percival, whose name is Legion, doesn’t just intend to obliterate Riverdale. He’s coming for the world entire.

7.5/10 – Uh, I don’t know. The show obviously tried to handle the serious topics within this episode with the gravitas they require. At the same time, this is still Riverdale, and using the words “gravitas” in relation to it makes me feel a little lightheaded. But still, time travel!