When you’ve been writing about a show as long as I’ve been writing about this one, then you (or I) develop tricks. Or habits, I guess. For a show like this, it means that I have to come up with ways to refer to the town. The town is the title, yes, but the town is also almost a character itself, like the cliché about New York City in some movies. So much of what happens on this show is about the town, after all. Its past and present inform the storyline.

It gets tedious, though, referring to it by its proper name and differentiating it from the show itself. It’s also weird to read that much repetition. Oftentimes then, I refer to it by its nickname, as documented on the town sign, “The Town with Pep.” I do it for the reasons I’ve just outlined, but also because it just makes me laugh. It’s such a strange way to describe this little burg, or any town, for that matter. Out of all the things you’d want to brag about, pep is the quality you settled on? Sure. 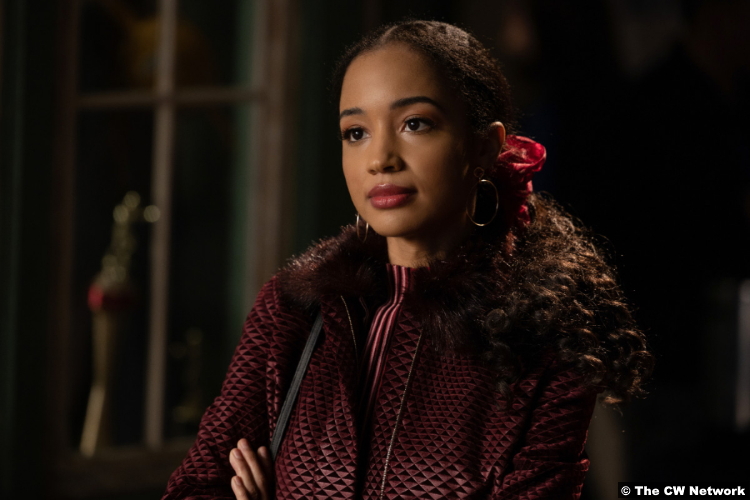 Anyway, I say all that to admit that I haven’t noticed that the town sign has changed. Maybe they realized that the pep has gone. Maybe they had a full conversation about this and I was too busy vibing or whatever to notice. It does make sense, though, especially with their initiative to rebuild the town to boast about something in which they should take pride. And that, of course, is Riverdale institution Pop’s.

The sign has been proclaiming the city as the home of Pop’s. Well, it has until this week. You can’t destroy a town, after all, by just going after its vices. To truly crush the heart of a town, then you must eliminate the good in it. Hiram Lodge certainly understood that, even if his attempts were often ham-handed. Percival, of course, understands it as well. That’s why after his successful campaign against the unhoused, followed by his odd focus on Toni, he’s going after Pop’s.

First, for instance, he moves to remove the mention from the sign. It’s nothing personal, you see. They’re just going to change it to some pablum about progress, a way to reflect the “new” Riverdale. And then while we’re on the subject, they’ve zoned that particular stretch of road for only two billboards. The town sign is one, but Pop’s has the other one. Or it did, until Percival encouraged Veronica to make a bid for the casino to advertise there.

Veronica wins, obviously, because she’s one of Percival’s other new projects. He quickly establishes residence in a champagne suite at the casino, then sets about blowing up Veronica’s life. It’s easy to do with her relationship. As I mentioned last week, the tension Reggie’s lies were creating made their relationship ripe for destruction. It’s easy pickings for Pickens, and no, I will not apologize for that. 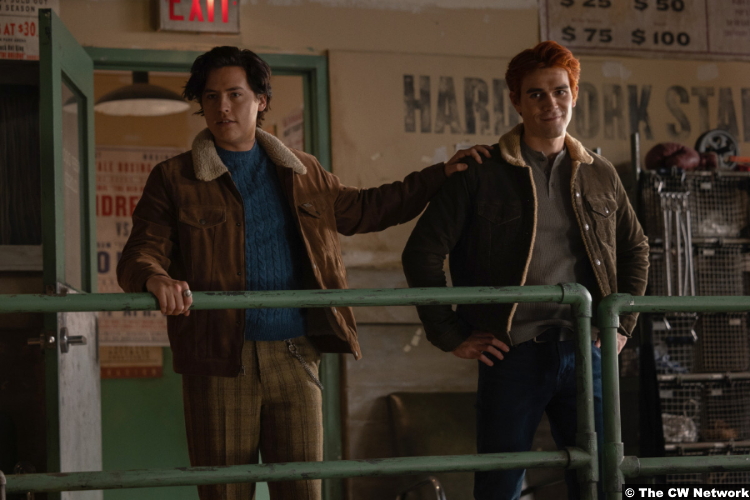 However, he errs when he tries to create conflict between Veronica/the casino and the other businesses in town, specifically Pop’s and the Wyrm. Toni and Tabitha are none too pleased when they realize the amount of revenue they’re losing to Babylonium. They decide to fight back, but not in a malicious way–not in a Percival way. Instead, they just try to attract more business by borrowing some casino ideas. This includes bringing back the Serpent Dance (at the Wyrm) and serving alcohol (at Pop’s).

That last thing, though, doesn’t sit well with Pop himself, especially after public urination becomes a part of the Pop’s ambience. Luckily, there’s a better solution. Although, as I said, Percival tries to present T squared as Veronica’s rivals, she doesn’t see it that way. (Especially not after he suggests that she “firebomb” them.) She sees them as potential partners, creating a pact to which they sign on. Yes, it might seem a bit strange that she was so quick to dust Reggie, her boyfriend, but he was actively taking money from the casino. The gals were just engaging in some friendly competition. 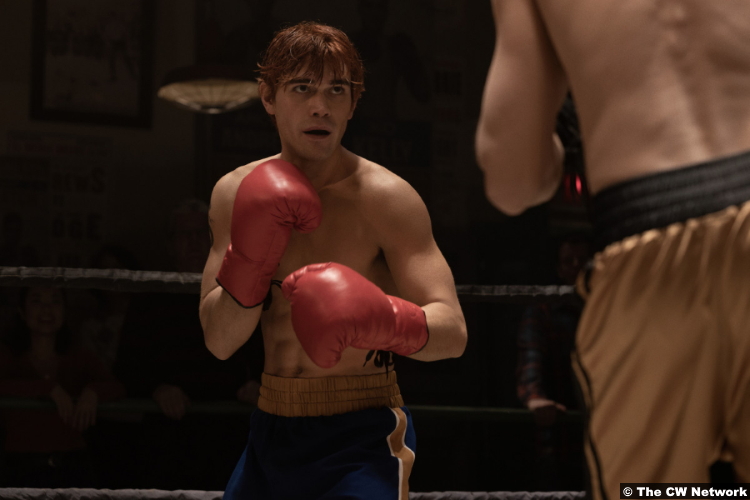 Less friendly competition comes this week in our title story. Jughead gets the idea to turn Archie into a titular folk hero, like Johnny Appleseed or John Henry. As if it’s Festivus, Archie will wow the townsfolk (and the reps from Guinness) with feats of strength. It’ll all culminate in a match of fisticuffs with KO Kelly. Having failed at pushing Archie into harming himself, though, Percival pushes Kelly into walking into traffic. Percival will fight Archie, instead. 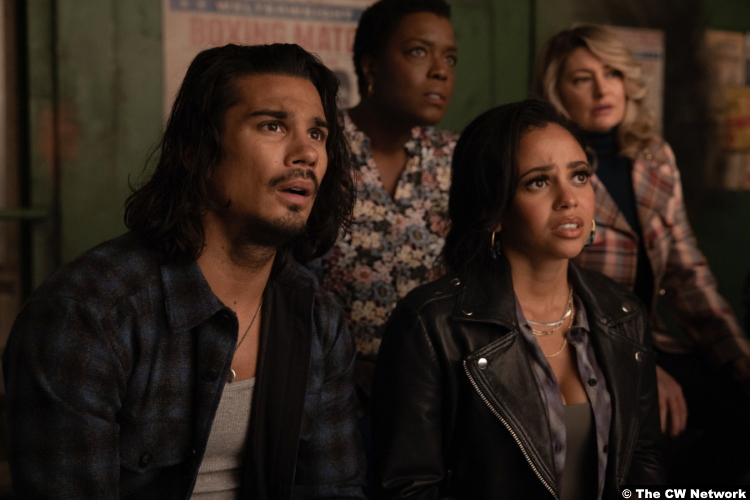 And it’s alright, until it ain’t. (Hey, that should be the town slogan!) Archie holds his own for a bit, but Percival’s bad magic is too powerful for him (and the benevolent gaze of Fred Andrews) to overcome. Well, specifically, the palladium he stole from Betty is too much for Archie to overcome. And now that he knows the super trio’s weakness, Percival moves on (for the moment) to a new item on the agenda: Kill Tabitha Tate. Hmm, it sure would be nice if someone else in town had a superpower.

8/10 – Cheryl’s storyline has seemed oddly separate from the others, especially when Percival was going after Toni. However, it now seems as if she’s being positioned, with her new pyrokinetic ability, to be the one who takes him down. I, for one, am always here for Cheryl’s more bananas story arcs.

Oh, and Percival’s planning to open a curiosity shop, is he? Sounds legit.