Okay, interesting. I knew that Alicia wasn’t Ren and Jag’s mom, but I assumed she’d been around a minute. I also thought they were a married couple. But as we learn from a conversation between the siblings, Alicia and Veer have been dating only four months.

Apparently, she was an accountant at a firm that Veer was using. Maybe I’m just suspicious because I’m reading a book series in which the main character is told that the conspiracy she’s fighting will insert someone into her life. (You know, to keep track of her investigation and/or steer her off-course.) But I’m curious to find out how much Veer actually knows about Alicia, as well as what she’s really up to. 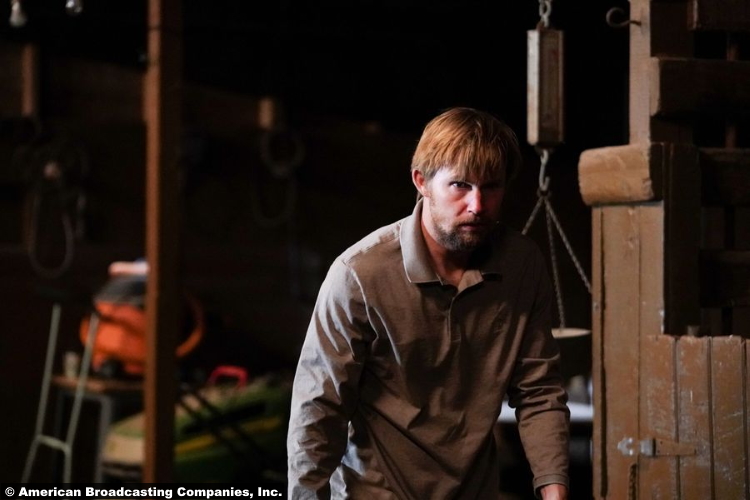 Unfortunately, despite my wishes last week, this episode doesn’t give me the extra serving of Bhullar time that I want. Instead, we spend most of the episode covering my least-favorite plot points. However, if this means that those storylines are now over and I can know peace, then I am okay with it.

First of all, there’s T-Lock. (As this is his swan song, I will use his chosen name.) I talked a bit last week about his characterization. I like that they’re trying to show who he really is, deep down, but this week, I feel like they practically tried to retcon his character. That comes after he follows Bob’s instructions to bring the money to a construction site. Bob brings the women with him, so it seems like he actually wants to do this as a legit ransom exchange.

That goes sideways, though, when T-Lock shoots him. T-Lock does this in the middle of a speech about how he’s not as dumb as people think he is, by the way. Then after he shoots Bob, he immediately turns his back on him. Bob is wearing body armor, though, so the chest shot just stuns him for a moment. I guess the police didn’t think that T-Lock needed that kind of protection, because he dies after Bob shoots him.

Travis and Jenny manage to find the site (after T-Lock had ditched them) and take control of the scene. Bob gets away, but he does leave the money. However, Travis lies to Jenny (again) and tells her that Bob still has it. He’s obviously going to take it directly to the Bhullars. Jenny finds Rachel and Max in Bob’s van, but then she has to leave, because Denise calls. But before that, she tells Rachel and Max that T-Lock was a good man. Was he, though? Come on now. 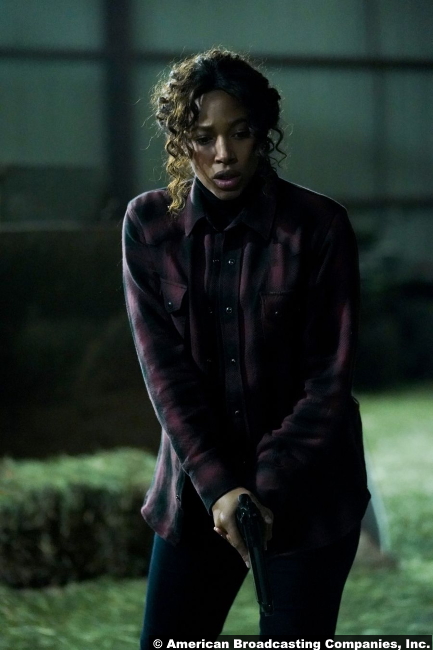 Denise called, of course, because Lindor and Cassie, plus Wolf, have tracked Ronald’s chip. And on that note, let’s gather ’round for the dumb decision round-up. First, Dr. Cowley finds the chip in Ronald and then immediately tells him and Scarlet about it. I know he’s under duress, but still. You’re a doctor–you’re supposed to be able to work in high-stress situations.

Anyway, Scarlet makes Cowley’s wife swallow the chip and then drive away. But as Lindor, etc are tracking the chip, they just find her and then follow her directions to the Cowley house. They try to leave Wolf in the car, but he breaks himself out, which leads to a confrontation in which he and Lindor shoot each other. I stare at the camera like I’m on The Office.

If the Lindor character is going to continue on this show–and I certainly hope he does, because I like him a lot–then please give him better material. He deserves better than a weird love triangle dovetailing into this undignified nonsense. But okay. I understand why neither he nor Wolf could be the one to kill Ronald. 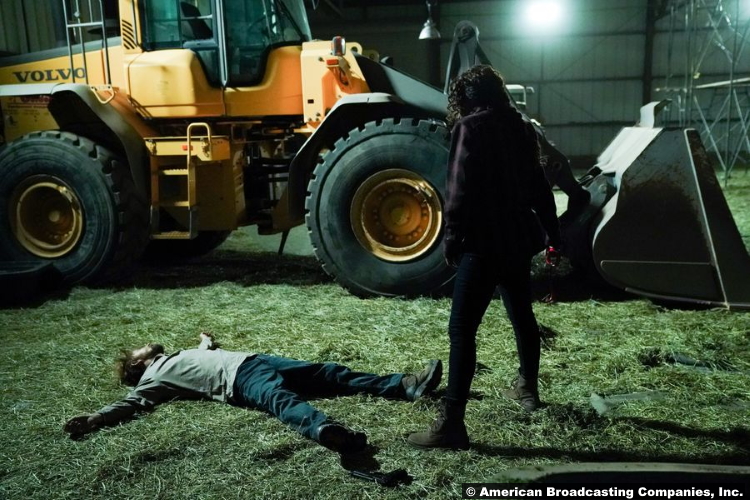 It had to be Cassie, just like it had to be her who killed Big Rick. Unfortunately, though, for all the drama and history they have between them, the showdown was really anti-climactic. It also wasn’t as definitive as I need it to be. I fear that like T-Lock, we’re just assuming that someone is dead. And next week, he’s going to be wheezing in a hospital infirmary or something. Anyway, though, that leaves T-Lock as our only confirmed death. As for Ronald, Wolf, and Scarlet, we’ll just have to wait to find out. (Or, uh, you can watch the promo for next week, which reveals the fate of at least one of them.)

7/10 – They tease me with Bhullar intrigue, then immediately make me sit through the two other (dull) storylines. But again, it’s worth it if I never have to hear about Ronald again. And no shade to Anja Savcic, but I would be fine with never seeing Scarlet after this.