First of all, sorry for the delay on this; I had to see a man about a Bat. Now, moving on. Last week, I praised the show for possibly ending the often tedious Legarski storyline, as well as (finally) having the kids make some smarter decisions. You know, like telling the adults in their lives what’s going on rather than trying to take on a fully-formed drug cartel on their own. Sigh.

First, the kids. I guess I could be generous with Bridger since the events of this week are more of his parents’ making than his. To that end, after he talks about what happened at the dojo, Jenny brings in Jag. Unfortunately, this is not even his second rodeo. By that, I mean that he immediately clams up, refusing to say anything outside of asking for a lawyer. Luckily we’ve got Bridger as an eyewitness, though. 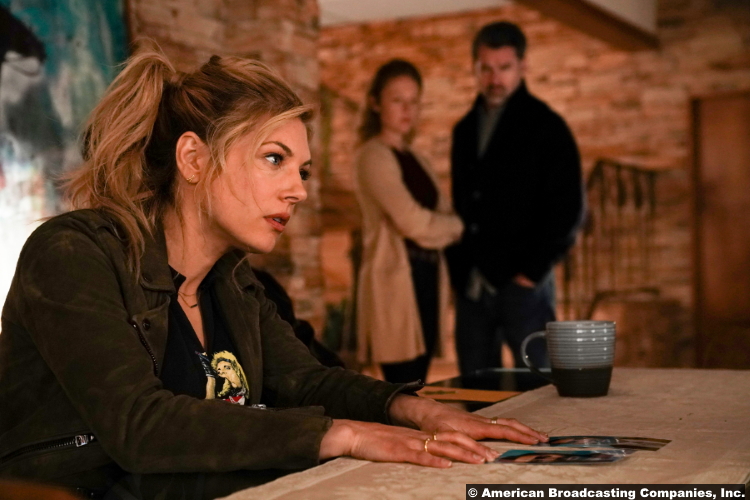 Yeah, about that. Not only does he recant his statement, now saying that he was confused about what he saw, but also the Ryans skedaddle out of town. Again, I can’t really blame Bridger, and I don’t really blame his parents. If I found out my child had run afoul of a drug cartel, then I can’t say my first response would be, “Yeah, let’s just stick around and see how it all plays out.” So there’s that.

And while it was smart of Max to come clean–again, FINALLY–it’s not all that useful. Tracy, alias T-Lock, apparently has the last duffle bag–the one with the money–but she doesn’t know where he is. That’s a valuable piece of intel. It’s one of the bargaining chips Travis uses, after all.

After being stuffed into the hole last week, he’s forced to admit to Dietrich that he’s an undercover fed. He tries to make it clear to the local boss, though, that he has little to no interest in small-time Helena-based crimes. Instead, he’s after the Bhullars, or more specifically, Papa Bhullar.

He will even offer his assistance to Dietrich in any way he can, just so long as he has a clear path to that ultimate goal. They end on a shaky alliance, with Travis offering up the scant information he has, that Tracy has the money. Too bad he doesn’t know where that ding-dong is, either.

So that’s how Max ends up coming home to a house that has been the site of a disturbance. The broken glass in the door is kind of a big hint. And I said to myself, “She’s going to put her hand all over that doorknob and then walk right in that house.” I bet you’ll never guess what happened next.

She gets as far away from the house as possible, then calls the police once she’s safe. Hahaha, you know she did not. Nope, she contaminates the crime scene right away, then marches in the house, calling out for her mom as she goes. You know, just in case anyone was unaware she was inside. Once she spots blood on the floor, she does call Jenny, but it’s too late.

A masked man (?) grabs her. Oh, Max. Like, I know she’s a kid, but come on. In these modern times, when true crime documentaries and podcasts are practically the soundtracks of our world, you would think she would know better. Or at least, be scared enough not to go in there. Or, and I know this might be controversial, but perhaps the sheriff’s department might take an interest in their witnesses’ safety.

I’m going to make myself mad if I continue, so let’s go on to the Legarski thing. Lindor shares his suspicions with Cassie, so she agrees to go with him to check out the Wolf den again. By that time, we already know that the Wolf himself is still alive. He’s in a world of pain, both physically and then emotionally once he discovers Agatha’s body, but he’s up and walking once Cassie and Lindor get there.

He tells them that he thought he could basically cure Ronald, if only to fix what Big Rick did. But as I said, it doesn’t work like that. As with Travis and Dietrich, though, we now have a shaky alliance between him and our friends.

Back in town, our other friend Jenny has dispatched Deputy Poppernak (J. Anthony Pena) to check out the surveillance footage from the gas station. I have to say that Poppernak has really grown on me, especially this week. He seemed a little goofy, a little cornball before, but this week showed that he has sharp observational skills and good instincts. And he does spot Ronald on that tape. 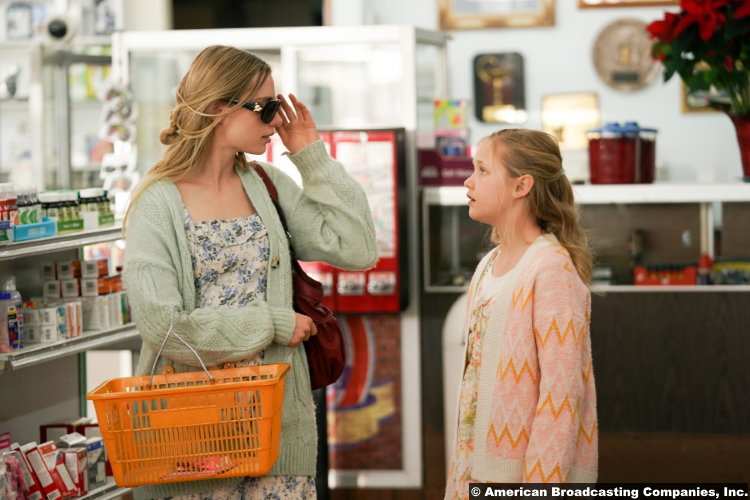 Ronald, like Wolf, is not doing so hot. Scarlet has brought him and Phoebe to some motel, where Ronald is practically dying. He does manage to murder a housekeeper while he’s there. Good Lord, like the average motel housekeeper doesn’t have enough problems already. Anyway, speaking of people who have grown on me, there’s also Phoebe. She clearly cannot stand Ronald anymore, if she ever liked him anyway. And who can blame her? She has perfectly normal wishes, wanting to go back to her regular life, not be on the run with her mom and a super-creep.

The only way for Scarlet to grasp even a crumb of redemption at this point would be to abandon him and choose her daughter. Unfortunately, the far more realistic outcome is her doing the opposite. I don’t want to bum everyone out, but I will say that you need look no further than the news. It’s crushing. 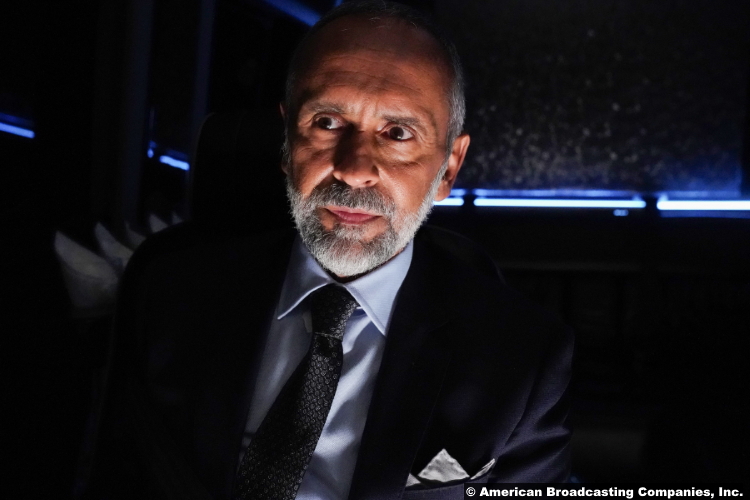 Man, I bummed myself out. Ugh, let’s talk about something more delightful, like Constance Zimmer‘s debut on the show. She’s playing Alicia, the stepmother of Jag and Ren. And since she’s the stepmom, yes, that means my prediction was correct: Papa Bhullar, Verr (Bernard White), is here.

Despite the way Jag talks to Ren, where he often implies that he’s the favorite, it doesn’t seem that way from the little we see of his interaction with Verr. In fact, Verr seems exasperated with Jag. He only perks up when Jag tells him of his plan essentially to franchise the cartel by creating an outpost in Montana. What’s going to happen, though, when it comes out that it’s actually Ren’s plan?

8/10 – I guess it wouldn’t be this show if someone weren’t making a choice that sent me straight through the roof in my exasperation. Still, though, while I’m not thrilled that we’re still doing the Ronald/Legarski thing, the introduction of yet another Bhullar is intriguing. The siblings’ bickering seems destined to implode the family business, so while we’re waiting to see how that goes, I’m also interested to see what Alicia does. I have a feeling that our introduction to her was meant to be deceptive. She seems like a sweet enough gal, but you don’t end up marrying the head of a drug cartel by accident.

If you’re wondering where you’ve seen Bernard White before, then the answer is “Like, everywhere.” For instance, he appeared several times on the show JAG, which is kind of funny now. (On a related note, we learn this week that their father addresses them as Jagat and Reenu.)