Surprisingly, despite the hiatus, I had little trouble remembering where we left off. Travis returned a bag to the Bhullars, for instance. Ronald wanted cereal. But most importantly, of course, Ronald killed Joseph. That’s where we pick up as the show returns, with Cassie sitting stunned with her father’s body.

It’s Jenny who finds her first, as the police are responding to a 911 call. She and Sheriff Tubb discuss the possible suspects, including petty criminals. Jenny suggests that maybe it wasn’t a crime of opportunity at all. Perhaps someone was after Cassie. They’re on the right path, but Jenny’s first assumption is the cartel, which is reasonable. I mean, who would assume that Ronald would return to town? 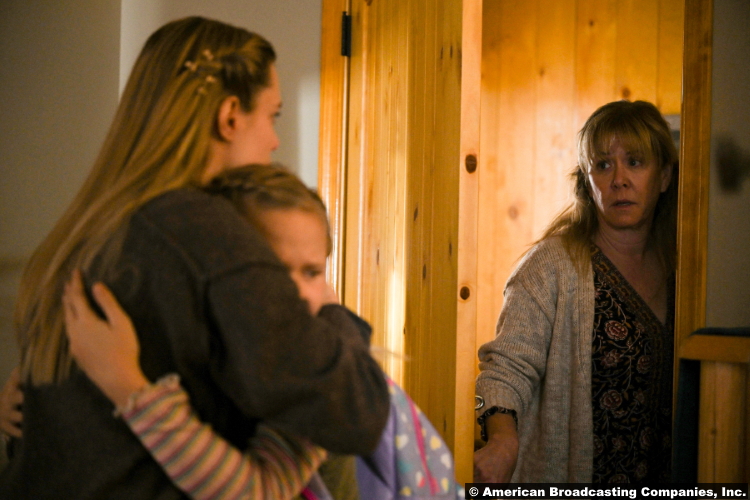 Luckily, though, Wolf caught him before he could do anything. He also brought along Phoebe, who reunites with her mother. Wolf plans on killing Ronald, who’s failed to acclimate to the “training.” Agatha thinks they should kill Scarlet as well, because she’s seen the darkness in her. Wolf is hesitant to do that, though, because killing women seems too much like Big Rick. So Agatha volunteers.

And before we get into the rest of the story, let’s talk about this plotline. I haven’t hidden the fact that I find it largely unnecessary and even boring. It doesn’t even make sense. I know Wolf has a career as a dog whisperer or whatever, but I’m not sure you can just apply that to people. It works better to think of it as therapy, as rehab.

But while I’m not a rehabilitation expert, I do know that you can’t just make someone change. They have to want to do it, because, if we’re talking about something like addiction, then recovery relies on choices. As in, you have to choose to abstain. Further, you don’t just do it once. You have to choose not to do something over and over again.

Now maybe Ronald’s a lost cause. Maybe he might benefit from some traditional therapy. I can’t say for sure, mostly because he’s a fictional character. (And I’m not mentioning Scarlet here because there are still too many unknown variables with her.) But chaining him up in a barn seems like it was always destined to fail. 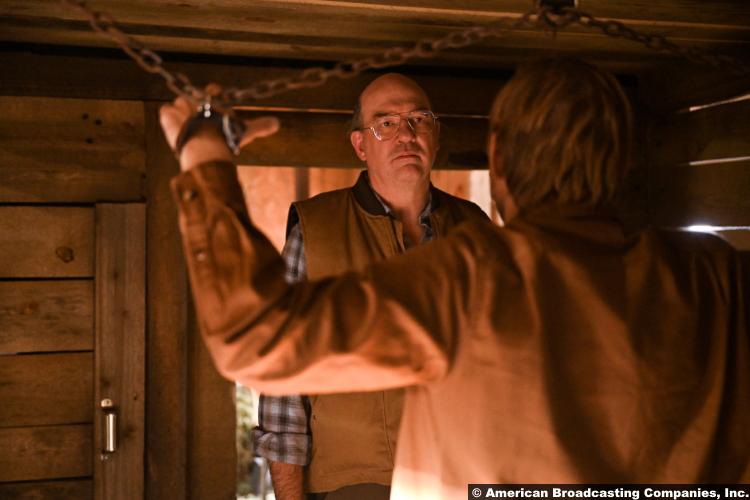 And fail it does. Scarlet has secreted away a fork, which she uses to defend herself when Agatha comes for her. She ends up using the “killing dose” Agatha brought on the woman herself. Then she frees Ronald, about the same time that Wolf notices that Phoebe is just sitting by herself in the yard. There’s a scuffle, but Ronald and Scarlet leave Wolf for dead as they (and Phoebe) escape the property. Again. Earlier, Agatha had referred to the people with whom she and Wolf work, so there may be a chance that those people will come after the couple.

However, it’s more likely that we’re gearing up for a showdown between Ronald and Cassie. We can already see them laying the tracks. For instance, Lindor sees a commercial for Cocoa Chunks, which is not an appealing name for cereal at all. He has a moment like the “Fruity Oaty Bars” commercial in the film Serenity, except this ad doesn’t activate his hidden programming. (Sorry, spoiling a 17yo movie.) He saw a box of the cereal at the Legarski compound. He also saw it at a place he believed Ronald sheltered. Thus, he concludes, there’s something up with the Legarskis. 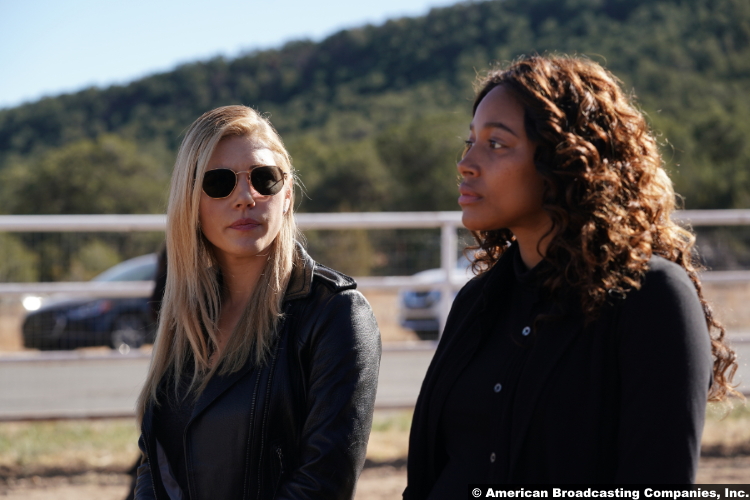 At the same time, the investigation at Dewell & Hoyt turns up the RV Ronald stole, which is still parked outside the office. Once they find out it was taken from a gas station, then it’s only a matter of time before they see Ronald on the surveillance. This freakin’ dummy.

Oh, did someone say “dummy”? Last episode, I gave the dummy award to Bridger’s sensei, who completely fumbled an obviously suspicious (and threatening) situation. In a move that can only be attributed to how stressed he is, Bridger goes back to the dojo. And that’s where he is when Jag and Dhruv show up. The sensei is, again, unfortunately useless. His big move before that, when Bridger had pleaded with him for help with dangerous people, by the way, was to suggest Bridger’s parents try to lawyer the situation. Anyway, the sensei is dead now.

Trying to, I don’t know, sue a drug cartel or whatever is probably not the best option. However, the kids do finally tell some adults. I would wonder how they existed this long thinking that they could get away with their theft, but they’re kids. I’d much rather focus on other questions like all this over a few duffle bags? I get that the cartel has to set an example, but this is an issue that has ballooned wildly in proportion to how it started. Anyway, maybe I’m wrong and we’re not heading toward a collision between Cassie and Ronald. Maybe Ronald and Scarlet will face off with the Bhullar siblings. That would be a thing to see.

7.5/10 – I like that we’ve ended the Legarski storyline, unless there’s a triplet out there they’re going to foist on us. (Don’t foist a triplet.) And I like that the kids are finally telling grownups the story of how they tried to rip off a drug cartel. But some of those adults are still making some silly decisions. I’m looking at you, Travis, wherever you are now.