This week’s episode was hard to watch for several reasons. One of these was a tense cat-and-mouse sequence that I had to watch in fits and starts because it made me so nervous. 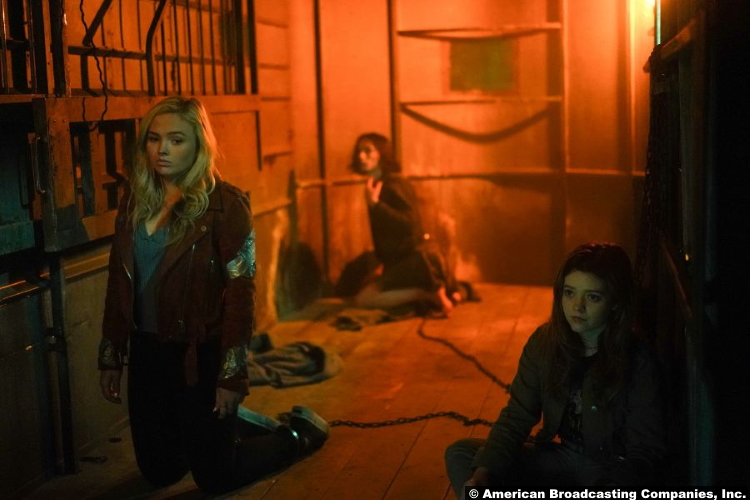 Little Grace’s mind is always working and this week, she sets her sights on escape. They’ve already tried attacking Ronald and that never seems to work out. But what if they work on escape without overpowering him? What if they just leave?

So that’s what they try to do, breaking out a panel in the wall of the storage container. Grace is still small enough to shimmy through, and when she can’t open the trap door, she looks for other options. What she finds is a rotted platform over a sewage line. And then Ronald’s arrival lends urgency to her work.

Both of them end up falling into the line, which is so gross. He tells her he’ll kill Danielle if she doesn’t come back, but before she has a chance to entertain this option, the pipe collapses on him and then she’s free-ish.

And this is the part that nearly gave me a heart attack: Grace’s flight through the woods. Mostly it was prompted by annoyance, because Grace seemed to be taking pains to make herself more noticeable–running through the most open areas and making a ton of noise. It wasn’t until Rick showed up, when Grace has found the world’s least urgent fly fisherman, that I remembered. Oh, yeah. Grace has no idea who he is or that he’s involved.

Of course, Rick’s murdering the fisherman quickly solves that puzzle for her. She tries to get away from him, but it’s hard when he lands two arrows in her thigh. And here I have to call a time-out, because those wounds didn’t bleed at all when he took out the arrows. Yes, later her jeans leg is soaked, but that first scene really took me out of the episode. 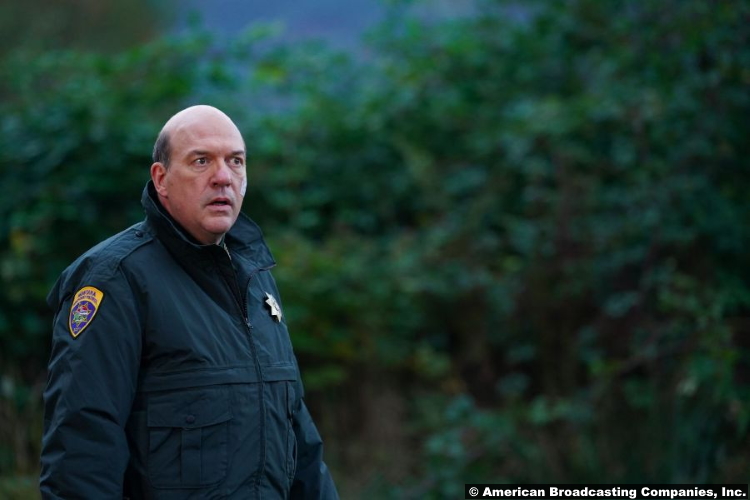 And so did Rick’s dragging a wrapped body into a bubbling hole in the woods. I confess, I forgot about the fisherman, so I was working myself into a froth. I was going to be furious if Grace came so far only to be killed. But nope, she’s still in the back of the Gator, restrained but alive.

Meanwhile, the investigation continues to hit dead ends. Cassie challenges Rick, knowing in her gut that he’s bad news. This made me nervous as well, but luckily, Cassie has enough sense not to push him too far. Not when she’s by herself and in an isolated location.

Still, she gets Jenny to buy what she’s selling. It helps that Jenny kind of comes to the idea on her own, after she visits the church. So far, it is the most boring cult I’ve ever seen depicted, but they do keep good records. And they show Jenny their surveillance, the entire night, and Cody is nowhere on it. So if he left Rick to go to the church’s center, but he never made it to the church, then the trail leads back to Rick. Rick, who never got the warrant for the church. 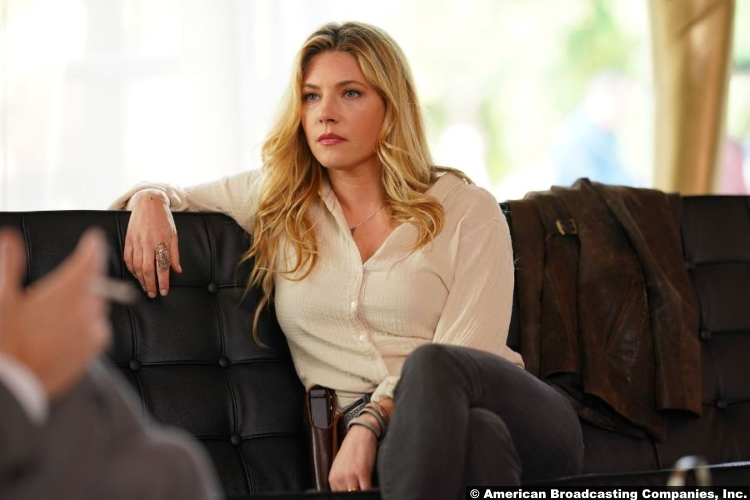 Back in the storage container, Danielle stumbles through a conversation with Jerrie, who’s very kind to her. Danielle still manages to center herself in the conversation, making it more about the kind of person she is, but I think it’s a start. If she can see herself for who she really is, then she can accept that person and move forward.

Grace, of course, has already gotten there. And when she’s returned to the container, she’s wounded but she’s not weak. And it’s the best part of the episode for me, outside of Danielle and Jerrie’s conversation. The rage she has is good. That will power her through what she needs to do next, once she figures out what that is.

And at the same time, maybe Ronald has finally figured out, after Rick has said it plain, that he picked the worst possible girls. It’s not just that they’re girls people will care about, although the local authorities apparently haven’t gotten the memo, but that they’re full of fire. They won’t crumble and they’ll just keep coming. So what are Ronald and Rick going to do now?

8/10 – This was probably the best episode yet, which admittedly hasn’t been a very high bar at this point. But it did an excellent job at ratcheting up the tension, to my blood pressure’s dismay. I’m still not sure how long they’ll be able to drag out this story, but it’s still a compelling case so far.