The Batman is here. You can check out previous Dark Knight-related articles that we’ve been considering as we prepared for the big release, including this look back at the 1989 film…

The movie promises to be another reboot of what is arguably the most popular superhero “solo” franchise there is. And yet, despite how beloved Batman is, he’s not exactly a hero that’s been immune to some awful interpretations. It probably doesn’t help that his popularity is almost a curse in that anyone who can squeeze a dollar out of him will squeeze a dollar out of him. Batman is probably the most “adapted” figure in comic book history, if not fictional media in general. Going back to the hero’s beginnings in the early 40’s you can find him in comics, film serials, comic strips, radio programs, live-action TV shows, Saturday morning cartoon shows, graphic novels, novels, video games, feature films, anime, manga, and more.

We were this close to a “Batman: The Musical” and I’m not even joking.

There have been so many iterations of Batman, not just because the character’s popularity remains evergreen in pop culture, but because most of the time, the people in charge of the character end up bungling it so badly they have to reboot the whole thing, which creates a bevy of new licensing opportunities, which quickly take priority over good storytelling, which lead to the character being bungled.

And on it goes.

Over its many iterations, a few standouts can be identified, vehicles for the character that helped cement Batman as a cultural touchstone. There’s the 1960s TV show starring Adam West, which essentially lampooned the campy fun of that era of comic book storytelling. There’s the 1970s comic book run overseen by Dennis O’Neil and Neal Adams, which saw the hero return to his grittier roots. There’s the string of dark graphic novels in the 1980s by people like Frank Miller and Alan Moore, who delved into the psychology of the character more than any had done before. And there’s the trilogy of movies in the late 2000s/early 2010s, directed by Christopher Nolan, which posited what it would be like if Batman was an actual person in a grounded version of our already-insane reality.

Are we missing any major interpretations of the character?

How about the greatest of them all? 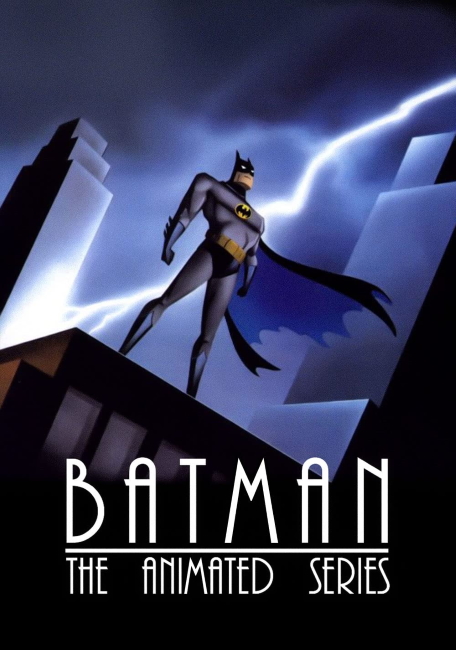 In 1992 animator Bruce Timm and cartoon show writing vet Paul Dini teamed up with Fox Studios to produce what is, in my opinion, the finest and best take on Batman. What makes it so good? Batman: The Animated Series is, essentially, a greatest hits anthology of Batman stories that also presents a version of Bruce Wayne, Batman, the Joker, Commissioner Gordan, Alfred, Robin, Catwoman, Two-Face, Mr. Freeze (my goodness, Mr. Freeze!), and so many more that are simply “definitive.”

Everything about the show worked, from the art style to the voice acting, to the scripts.

The visuals are stunning. Gotham City is a cross between retro Art Deco and futuristic. There are giant blimps with searchlights scanning a billboard-ridden hellscape of a city beneath. Art producer Eric Radomski came up with the novel idea that all background art would be painted with light colors on black paper (as opposed to dark colors on white paper), to better accentuate the noir look the showrunners were going for. The characters were designed with simple linework and bold colors which made them easy for kids at home to draw. I know. I did it. A lot. The show rarely deviated from traditional looks with the most famous rogue’s gallery in comics, but the design choices were all so perfect they became the default look for the characters (including those of Mr. Freeze, Clayface, Mad Hatter, and Commissioner Gordan).

The same is true of the voices. In yet another example of Batman: TAS basically redefining and solidifying its take on Batman as “the” version, Kevin Conroy’s take on the character’s voice is so right for the character, the first time you hear it you can’t help but think “Yes, that is how Batman has always sounded and should always sound.” It’s only when you go back to the pre-Conroy days that you realize how lacking the other vocal takes on the character were. It’s hilarious (though perhaps intentional) now to go back to the Adam West show, to hear his extremely idiosyncratic voice of Batman be the exact same voice used by Bruce Wayne. On the rare occasions that the Superfriends version of Bruce Wayne was shown, he too sounded the same. Batman’s voice today is growling and menacing, contrasted sharply with a typically high and aloof Bruce Wayne voice. 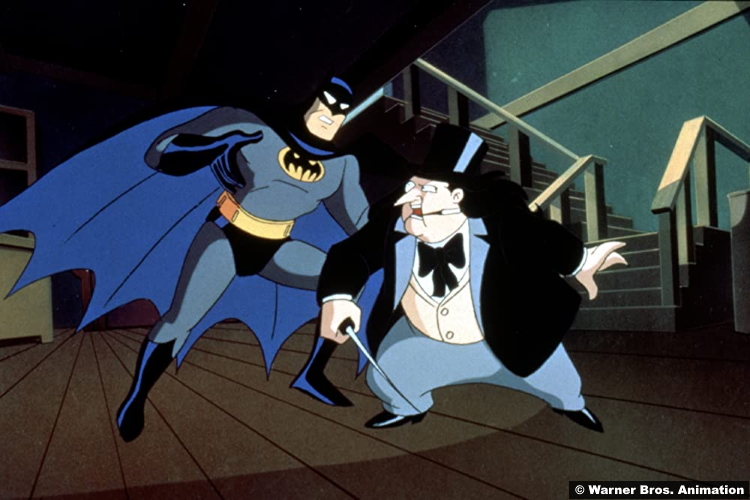 And then there’s the Mark Hamill’s Joker. If Conroy’s take was so well done it has been imitated by all who came after, Hamill’s was so well done, none have dared to attempt an imitation. His laugh is the Joker’s laugh, and the way the show portrays the hero’s villain as “an insane person who takes casual glee in chaotic evil” is a version that has never been better realized, despite how many other masterful interpretations we’ve seen of the character over the years. If you want to know more about the Joker, take a look at ExpressVPN’s infographic to find out about his secret identity. 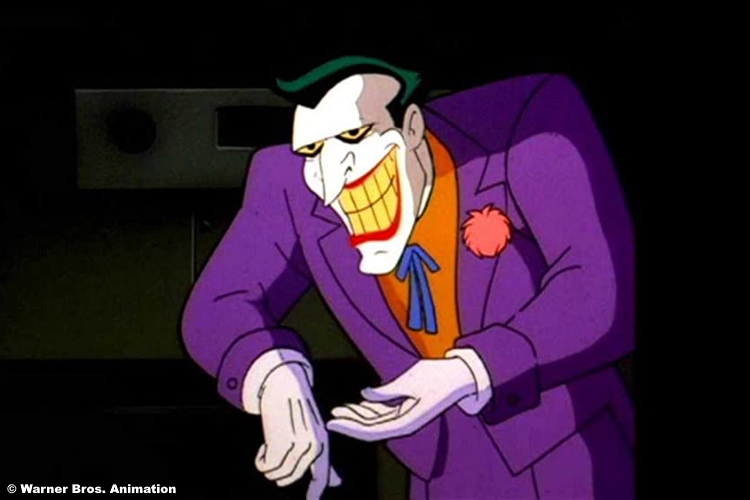 But a show is nothing without a story. Of all genres of TV series, those aimed at kids are the best-equipped to get by with crappy writing, and cartoon shows for kids even more so. Have you ever sat down and dissected an episode of Peppa Pig? There’s like nothing to it! They can get away with paper-thin plots because who cares, it’s just a dumb show for kids that looks like it cost $50 an episode to produce.

Batman: TAS easily could have settled for “good enough.” They could have gotten by on slick art design, great voice acting, and a killer score (almost forgot to praise the work Shirley Walker did composing the music for the series), and left the stories for the backburner. They could have simply adapted some comic book stories from the 70s and 80s and never bothered doing anything original. They could have gotten away with it too since it’s just a cartoon show for kids, right? Who cares, right?

Bruce Timm and Paul Dini were not content to settle. They crafted mini-masterpieces week in and week out, sometimes adapted from legendary stories of old, sometimes new tales that fit the universe on display. In one episode, several rogues get together for a card game where they talk about the times they almost took out Batman. In another, Adam West lends his voice to a masked hero that Bruce Wayne grew up admiring as a child and now must team up with as Batman. Another focuses on the origin story of Harley Quinn, a character invented for this show and who has gone on to become one of the most popular comic characters today. 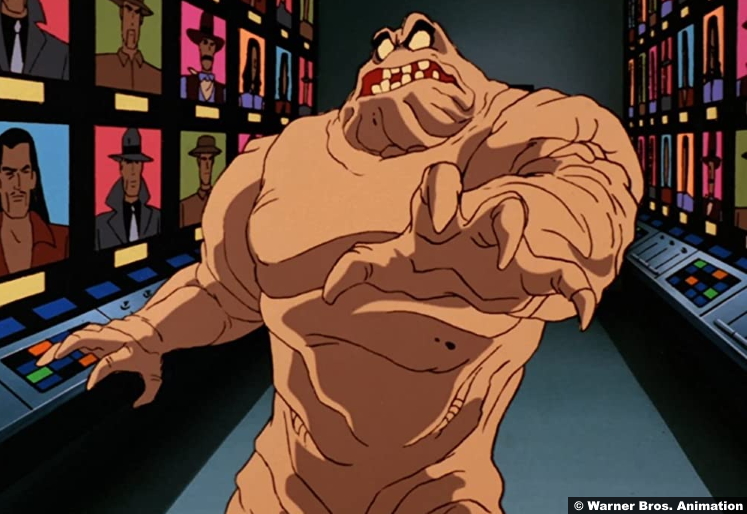 And then there are the epic two-parters, such as “Feat of Clay,” which takes a D-list villain, Clayface, and crafts a heartbreaking and harrowing tale around him. “Two-Face” tells this universe’s origin story of Harvey Dent’s fall from grace. It’s a story that would be presented in a goofy way in Batman Forever, and in a solid take by Chris Nolan in The Dark Knight, albeit with a rushed ending. The relatively brief, forty-minute rendition of the story, as told in the animated series, packs more pathos and drama here than in either live-action version. The crown jewel, however, is “Heart of Ice” which, like “Feat of Clay” takes another lightly-regarded villain and gives him a star-making performance. It’s hard to remember now that Mr. Freeze is so well-regarded, but there was a time when he was a joke. Imagine the pun-dropping embarrassment of the version seen in Batman & Robin; that used to be the extent of Mr. Freeze’s character. Timm and Dini turned him into a tragic figure, a criminal whose motives are rooted in love, not hate. The two-parter won an Emmy for crying out loud. Incredibly, it was only the third episode ever to air. 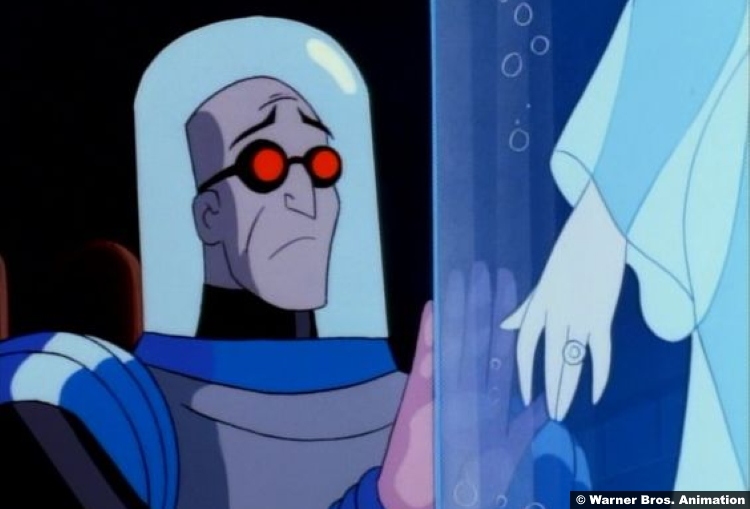 The show was a golden age for the hero.

I eagerly anticipate The Batman, and Matt Reeves’ new takes on villains like Penguin and The Riddler, but I will always hold a soft spot for the show that defined the look, sound, feel, and characters of the Caped Crusader better than any before or since.

Here’s to Batman: The Animated Series: Thirty years old and still the pinnacle of the Dark Knight. 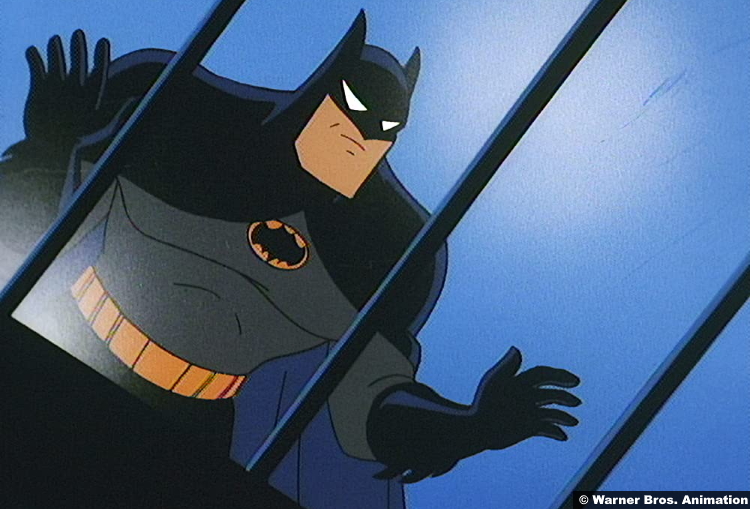