Batman 89 is just Batman 66 during a goth phase

The next Batman movie is rapidly approaching. This March will see the release of the first standalone film starring the Caped Crusader in ten years. Since then we’ve seen a rebooted version played by Ben Affleck, and while Batman v Superman was polarizing at best, and Justice League (the theatrical cut) widely regarded as a dud, the Affleck performance was hardly worth complaining about. On the contrary, the actor’s large frame and commitment to the role helped him be, in my opinion, the most comic-accurate depiction of the Dark Knight we’ve ever had.

Obviously, most will point to Christian Bale as their favorite, and with good reason: The Nolan-directed Batman films set a new standard of excellence in comic book movies. That said, those films rarely felt like “comic book” movies; they had a very specific style and existed in their own world. They’re excellent, no question, and together those three movies form an amazing “Elseworlds” trilogy of stories about the birth and “death” of Batman. In contrast to the Nolan series, what Matt Reeves’ upcoming film promises to give us is a Batman movie that lifts the styles and sensibilities of the comic book and puts them on the screen. That’s something we haven’t had since the Adam West Batman movie in 1966.

I’ll say it again: Adam West’s 1966 movie “Batman” is the most comic-faithful depiction of the Caped Crusader we’ve ever had (not counting the Affleck portrayal in those team-up movies). Campy though it is, the movie’s style and presentation perfectly captured the era in which it was released. In the mid-60s Batman was a blue and grey-clad hero who battled some of the goofiest villainous schemes you can imagine. I mean… 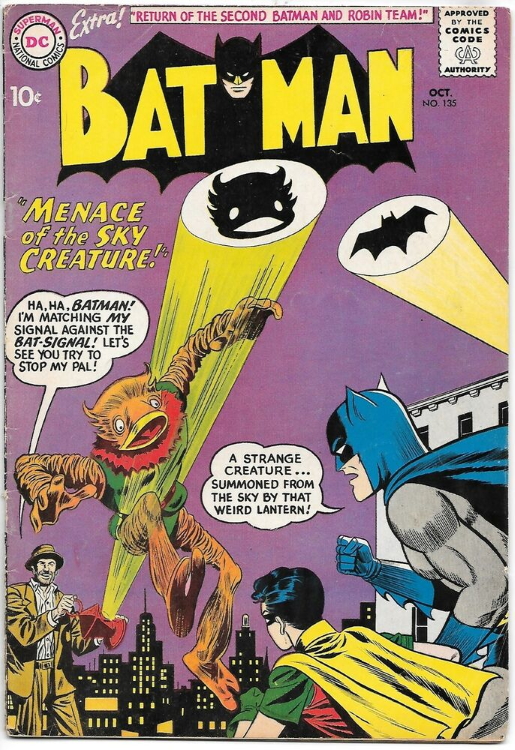 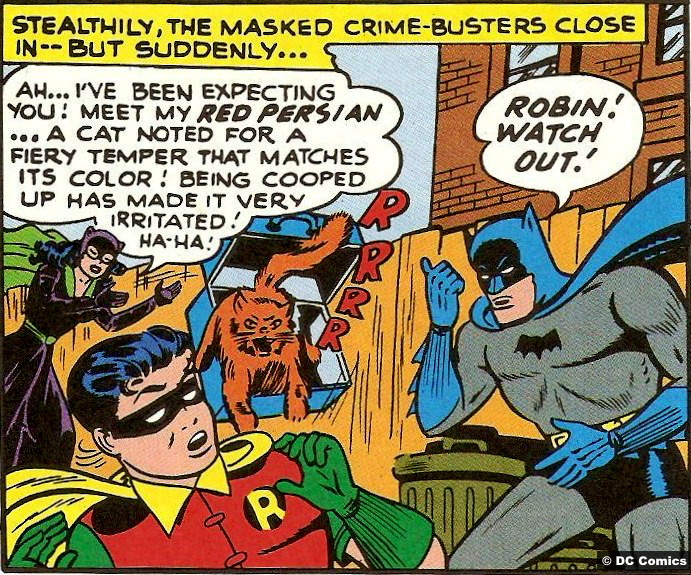 Everything from the narration, to the costumes, to the plots, to the earnest dialogue is lifted right out of the page and put on screen. It was a smash hit in its time before being pushed aside for being “too silly.” Today, the William Dozier-helmed 1960’s Batman (TV show and film) is rightly regarded as a classic depiction of the character and is looked back on fondly for how it created a bonkers world where everyone took everything seriously, no matter how ridiculous it all was.

But, as said, by the 80s, comics were growing darker, edgier, and more mature in their storytelling, and the Superfriends version of Batman just didn’t fit with the times. Warner Bros, eager to parlay their successful Superman film franchise into a new movie series, decided to bring Batman back to the big screen. Knowing they needed a version of the hero that fit the times, they allowed young director Tim Burton to depict Batman as a dark, brooding, hard-hitting hero. The movie, 1989’s Batman, was hailed as a renaissance for the caped crusader, one which faithfully translated the darker stories of the 1970s and 1980s to the big screen. 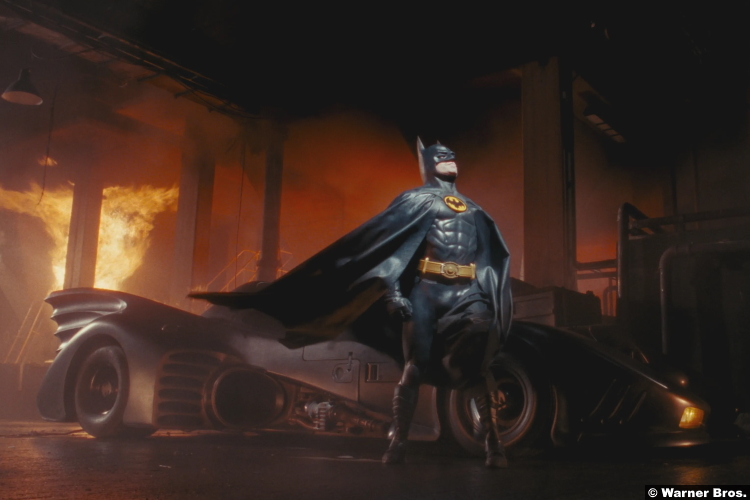 Two movies later, Joel Schumacher took over the film franchise and, at its lowest point, gave the world “Batman & Robin,” the absolute nadir of Batman depictions. It was a movie that tried to ape the whimsy and light-heartedness of the Adam West version of the character, without any of the charm or irony that made it so great. The fact that Batman & Robin was so terrible only increased the appreciation for Burton’s Batman in hindsight. While the franchise sat in hiatus (waiting for Christopher Nolan to resurrect it), fans clamored for a Batman that was more like the 1989 movie, one that was serious and dark, and not a silly cartoon come to life. They wanted a Batman that faithfully translated the serious comic book stories of the day into a serious comic book film.

The thing is, though…Batman 89 didn’t do that.

Batman 89 is Batman 66 if the Adam West stories were told by the goth-loving Tim Burton. Everything else is the same. Think about the description of what made Batman 66 so great:

It created a bonkers world where everyone took everything seriously, no matter how ridiculous it all was.

You can’t say that the Nolan movies had a bonkers world. That world was grounded and real. The whole premise Nolan worked from was “what would a real Batman in a real-world look and act like?” He did amazing things working from that premise. But Batman 89 doesn’t care about reality. Batman 89 depicts a “1920’s art deco” style Gotham City, with old school mobsters from the 1930s, photojournalists from the 1950s, and a villain that looks like a demented version of a bad guy from the 1960s. 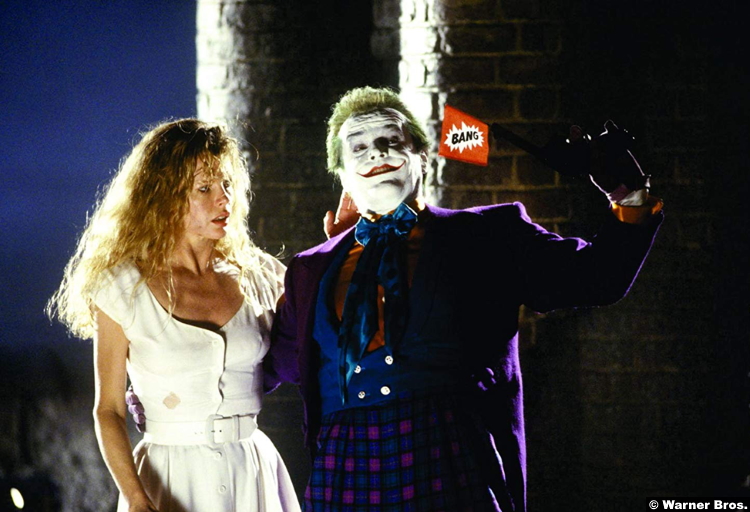 It’s an absolutely bananas take on the hero and his bizarre world. The only reason people looked at it and thought it was dark was because this Batman didn’t crack wise as much and certainly didn’t pull his punches. Yes, there was more blood, more death and more explosions than what you had in the 60s, but you can chalk all that up to the era in which the movie was made. In terms of the story, the Joker’s scheme to poison Gotham’s residents with a chemical that freezes their faces into a perpetual smile is just as ridiculous as anything you’d find in the Adam West franchise.

Can you imagine the Christian Bale version of Batman leaping through a glass ceiling in an Art Museum (moments after the Joker vandalized it to music performed by the biggest pop star of the day) to rescue the damsel in distress from being poisoned by a spraying lapel flower? No. Can you see that scene playing out in Batman 66?

Don’t get me wrong: Batman 89 is a fantastic movie. I think it’s the one film I have watched more than any other movie ever. I used to rent it as a child, every Friday, from the local video store. Week after week, I would either rent the Batman 89 movie or, if someone had beaten me to it, I would pick up the NES game based on the same film instead. The sights and sounds of the movie are engrained in my brain. I can quote it verbatim, words and inflection. Danny Elfman’s score remains my favorite of all the themes associated with the hero, and this aforementioned “hero rescues damsel” moment is still my favorite scene in any Batman movie…

I love the film with all my heart. I just recognize it offers an absolutely ridiculous world that everyone in it thinks is perfectly normal, and I love how funny that idea is, even if the movie itself rarely ever stops to laugh at it. In fact, that’s one of the things I love so much about it.

I’m excited for Matt Reeves’ take on the hero, coming in March, because it promises to be something we haven’t had in a long time: A comics-accurate depiction of the World’s Greatest Detective. We’ll continue our buildup to the release of The Batman next time by looking at the last time we saw The Riddler in a feature film, 1995’s Batman Forever.