The Expanse S06E05 Review: Why We Fight – Fumbled?

Hard to believe the end is so near. “Why We Fight” is the penultimate episode of The Expanse before its “natural pause” leaves the series in perpetual limbo. So many tears! So many friends lost! So many spaceships exploded to hell! And only one more episode?

The present action in this episode takes place in Marco Inaros’ ship the Pella as it nears Ring space, and on Ceres. Even Camina Drummer, played by the ever-impressive Cara Gee, docks at Ceres. The most important events of this episode revolve around UN Secretary-General Avasarala recruiting Camina Drummer to fight the Free Navy.

The episode starts off with the MCRN—the Mars Navy—taking a small fleet of six ships into the Ring gate in their attempt to retake Medina Station. Massive rail guns affixed to the Ring Station annihilate all the ships in mere seconds.

Lord of the Ring Gates

The rail gun assembly deserves some further discussion. So, rail guns are these great weapons with one nasty disadvantage: recoil. This high recoil makes recalibrating time consuming, doubly so for the ship’s momentum. Not many ships outside massive Destroyer-class types have rail guns. The Ring Station is literally an immovable object. Quick firing and no recoil to deal with is Beltalowda ingenuity at its finest. 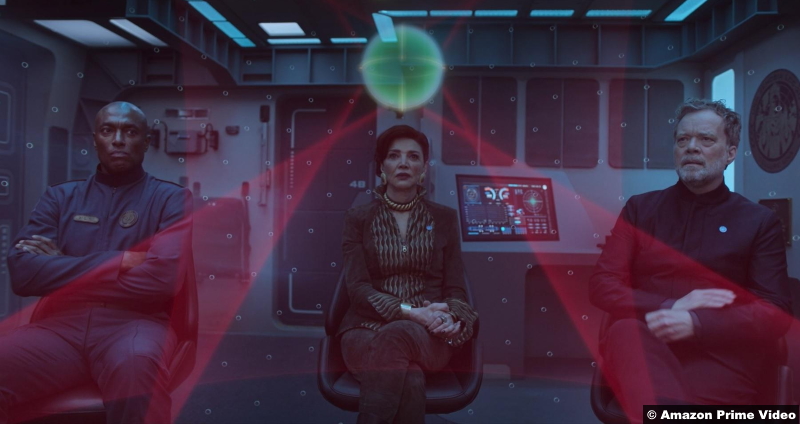 Rosenfeld celebrates the near-immediate destruction of the MCRN ships by telling the crew to get out their stolen booze. Marco Inaros and his son Filip refuse to party. Marco obsesses over Drummer’s victory. Filip helps Tadeo—his Belter repair boss—and discovers his father ordered his men to blow up Ceres station docks.

Still, at her dynasty destroying game, Rosenfeld tips Filip off that Tadeo is in the brig by assigning him to a new repair boss. Filip investigates, but she shows him the mystery. Like his mother, Filip can’t leave a problem unsolved. He ends his detective work hugging Tadeo who grieves over having killed his brother. 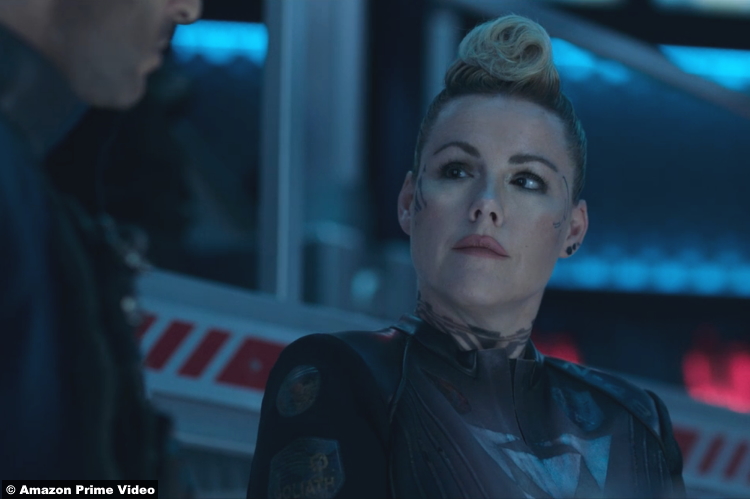 Rosenfeld shows Marco Filip’s speech. Notably, she cuts before the image shows Filip’s expression betraying his broken spirit. So sly. When Marco goes back to Filip, his son will hate him. And Rosenfeld stitched the whole Machiavellian situation together.

The thing that left me unsatisfied in this episode was the final showdown and handshake between Avasarala and Drummer. They riposte, both deadly with their words, and in the end, Drummer just gets a nebulous promise out of Avasarala that the Belters will be treated better. The better part of the episode revolves around Drummer’s duty to her family. Michio tells her she also has a duty to help Belters. And then a promise is all she gets? 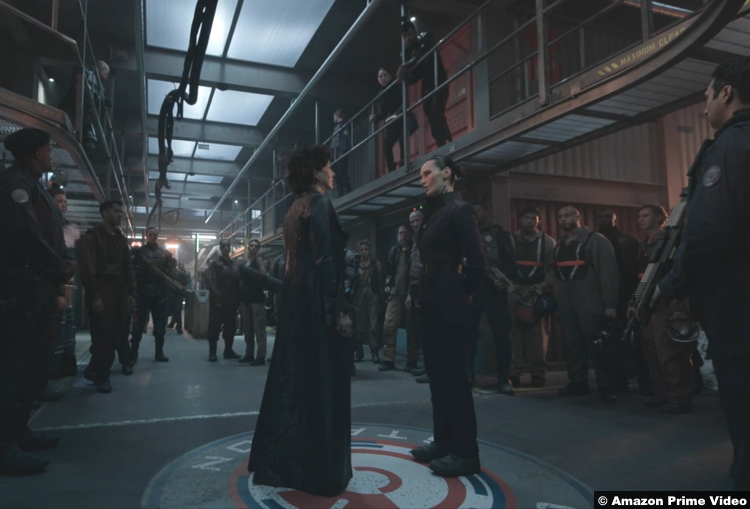 What perplexes me even further is that this episode was written by Daniel Abrams and Ty Franck (together they are a.k.a. James S. A. Corey), the authors of the books. James S. A. Corey handles the political exchange and balances of power much better in the books. With more content to deliver, it’s a given that a TV show will have a hard time living up to the pacing and plotting of a book. Sure. But still, they didn’t even try to include the Consolidated Fleet! When Drummer brought Avasarala in front of all those Belters, I thought she would force her to recognize their sovereignty… But no.

In the scene with Naomi and Drummer—which is the best scene in the episode—Drummer says she can wait for Marco to raise her bounty or wear the collar of the Inners. Why can’t she take the Crown? She should be declaring herself the Queen of the Belters (well, figuratively), and uniting the factions into a cohesive temporary government! Instead, they act like alliance is subservience, which I just don’t understand. 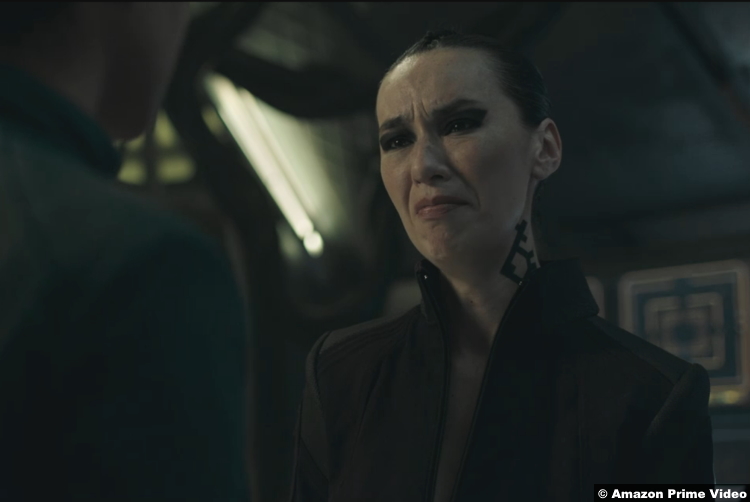 I gushed about Cara Gee and Wes Chatham in last week’s review. I fawned over Alexander Keon two weeks back. I regretted overlooking Kathleen Robertson in my episode two review, and I highlighted Jasai Chase-Owens’ performance as the most impressive scenes in the opener to Season 6. Are you seeing a pattern here?

The Expanse exhibits some of the best television acting currently being broadcast. I’ve been a bit hard on this season because this series has shown that viewers should expect no less than the best science fiction on television.

This episode features what is likely to be Shohreh Aghdashloo’s final major performance in this series as Secretary-General Chrisjen “Chrissy” Avasarala. First, Avasarala acts against Steven Strait’s Holden, yet again to be surprised by his values. Then Frankie Adams shares a scene with Aghdashloo, as the former Marine loses her nerve facing the SG’s peaceful demeanor. In her final scene cast against Drummer, which lacks a plot-development punch, the actors bring their characters to life in their verbose showdown. 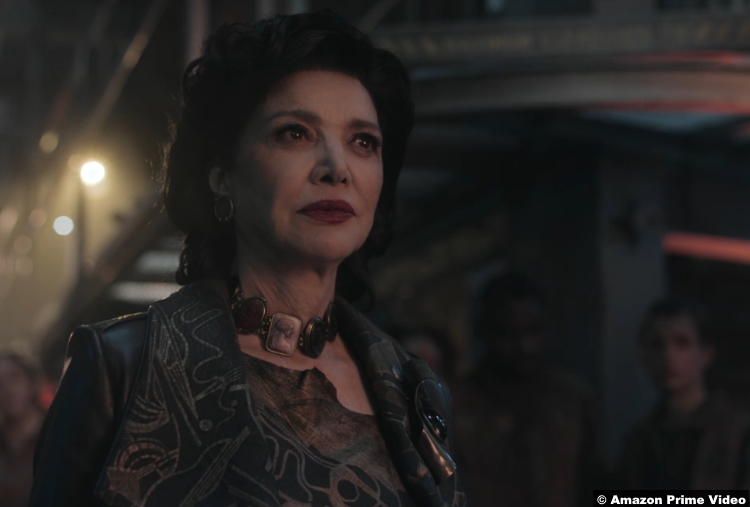 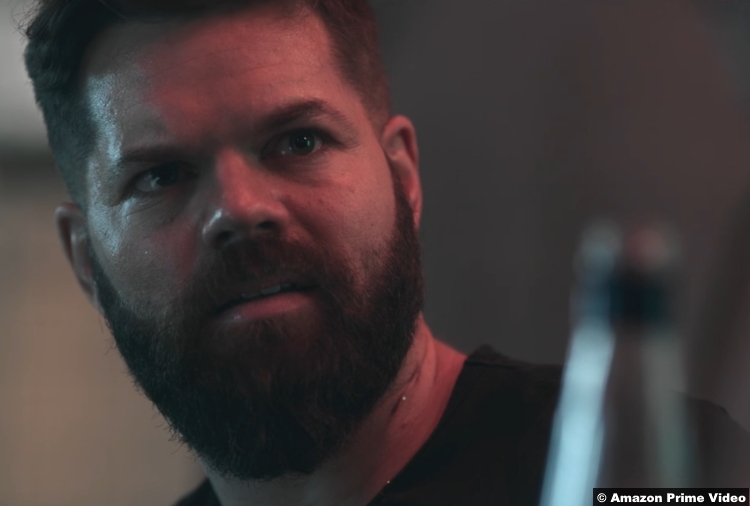 Outside of Tipper and Gee’s reunion scene, Adams and Chatham share the best dynamics in this episode. The war-weary dialogue Adams delivers encapsulates Bobbie Draper’s character so perfectly. Chatham’s acting for Amos is a straight mood. It’s such a pleasure to re-watch these scenes just to admire their talent.

The girl who loved Pet Sematary

The opener to this episode is another exceptional example of great acting, but also great editing and direction. Eerie visual effects on Xan, Cara’s formerly dead brother, evoke the perfect touch of otherness. In effect, the Strange Dogs story is Stephen King’s Pet Sematary and The Girl Who Loved Tom Gordon mashed into an Expanse universe novella. I’m excited to see the closure to this story next week. 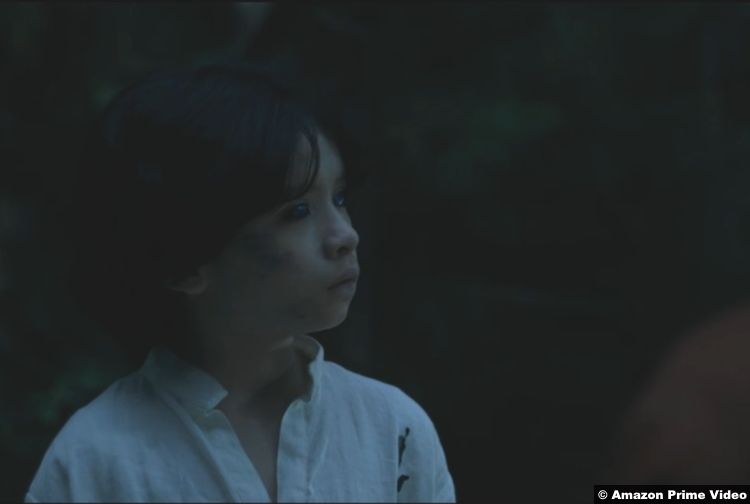 Now, I really adore this novella. Part of the reason is its freakiness, yes, but another part is the humanization of the protomolecule. This serial story builds on the potential impact of this alien tech. But if the show is stopping here, why add a story that follows the end of the season?

Showrunner Naren Shankar actually talked about this in a Screenrant.com interview in December 2021. He wanted to answer some questions about the stolen protomolecule from Season 5. Afterwards, he mentions that the protomolecule is the “engine” that causes the whole story to occur. Leaving it out of the final season would feel like an omission. What’s more, I think this story adds a great amount of intrigue about the Laconians. I am hoping there is a push for an Expanse final trilogy Amazon film series. However, that’s about as big a pipe dream as you can ask for.

7/10 – This episode fumbled the political theater of the Belter, UN and Martian union in defiance against Marco Inaros. This stumbling block is noticeable and detracts from the otherwise superb acting. The showrunners have built an illuminating stage to showcase their incredible actors, and no one wastes their moment in the spotlight.