Earth is in crisis. The Belt controls the rings. The crew is broken. One last season ends their story.

Season five ended with a reunited but fractured Rocinante. The ship’s pilot Alex Kamal suffered a stroke on the mission to save Naomi. Amos brought Holden’s attempted murderer (during season three) Clarissa “Peaches” Mao aboard. Naomi lost her son Filip to his father’s cause, the extremist Free Navy led by Marco Inaros who now reigns in the Belt. And Holden inherits responsibility for all of this mess.

The Roci’s allies are also in a tight spot. Camina Drummer’s Belter family split, and they are now fugitives on the run from their fellow Belters. In a similar vein, Bobbie must face the betrayal of the Martian navy’s renegade Laconia faction. (These are the Martian mutineers who sold Marcos Inaros the military ships for the protomolecule, more on Laconia later.) All the while, Free Navy’s stealth-cloaked asteroids continue to strike Earth, leaving the Earther navy pinned and Avasarala without many options to retaliate. The UN must deal with the ongoing threat, or suffer annihilation.

With six final episodes to end The Expanse (and four books’ worth of material to mine), viewers should expect a plot-packed sixth season. In October 2021, the writers’ joint Twitter account promoted “high energy non-stop awesome episodes” for season six.1 So, does episode one live up to that promise?

“Strange Dogs” focuses most of its time on the consequences six months after the close of season five. Avasarala struggles to cope with the losses that Earth faces, and the military inaction frustrates Bobbie Draper. Bobbie’s a badass Martian soldier (turned private investigator), and becoming Avasarala’s UN aide does not suit her talent set. They want to destroy the Inaros faction. Instead, they cower in their grotto, swatting flies.

Concurrently, Drummer is on a quest for survival. She kicks Michio Pa off her ship after Pa fumbles an attack.2 Not much else happens there. 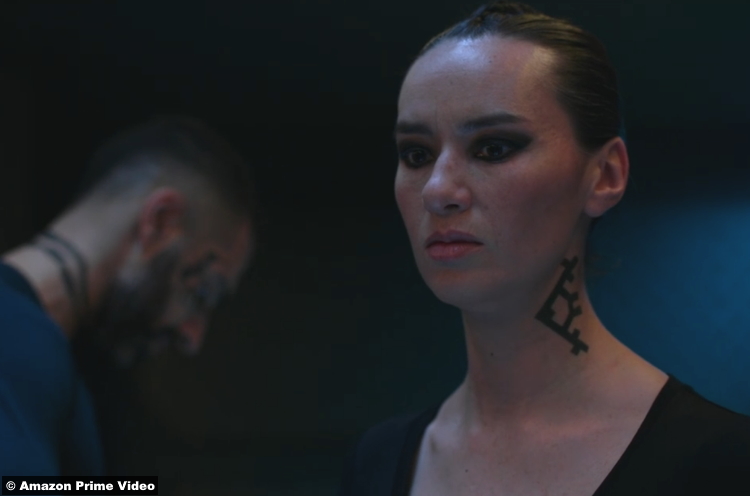 On the Rocinante, Amos and Naomi quietly grieve Alex in their own ways. Clarissa is working hard but doesn’t receive any hospitality. Consequently, this drives Amos to reproach Naomi for her (understandably) uncivil behavior. When she lashes back, Amos accuses her of embroiling them in this Free Navy fight. As for Naomi, killing Belters and the possibility of losing Holden take a toll on her psyche. But Holden is just operating as usual. He works through crisis. He has a laser focus to the point of forgetting about his responsibilities to others.

This character development storytelling is necessary, but feels slow. It feels slow because the character traits this episode highlights are restatements and repetitions. The audience already knows the crew, so it feels superfluous.

I do not think this character development is superfluous, to be clear. The problem, I think, comes from a misalignment of tension. The timeline to the end is so restrained. There are only five episodes left! So the less forward motion the plot takes, the more tension builds from “ending anxiety”. Call it a post-Game of Thrones phenomenon, if you want (but I never watched or read GoT, so…).

I’m certain, to some degree, Expanse book readers are experiencing this phenomenon more heavily than series-only viewers. But book readers know we’re not in Kansas anymore. If you missed season five’s memo, “Strange Dogs” makes the departure from the books’ timeline definitive. That’s right, Toto coyo. Even book readers have no idea how this show will end.

There are two threads of present action that propel this episode: the Rocinante’s discovery and Filip on Ceres.

Of the two, Filip’s descent into nepotism and cruelty packs the more impactful emotional punch. He has become a monster. By abusing his reputation, he manipulates and objectifies women, yet he has no real power. He recognizes his father for the BS-spouting fraud that he is. Marco is quick to give speeches about how great Belters are, but won’t spare resources to feed “his” people. The shame and guilt his mother warned him about has begun to sink in. Sex and drugs won’t relieve the pain. At the episode’s climax, in a drunken rage, Filip kills a young man who calls him a friend. 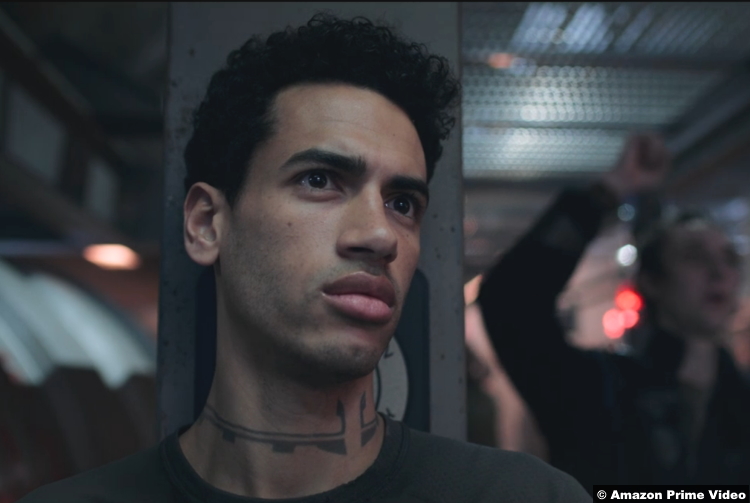 Filip’s story is tragic. Because he is Naomi’s son, the show pushes the viewer to hope for his redemption. Once Filip realizes the depths to which he has become powerless will be an exciting moment for this season.

Roci’s entrance in this episode is a firefight around an asteroid. They discover a reactor drive on one end and investigate. After a little scare that the drive would vaporize Holden, he’s able to recover the computer components. From the navigational data, Naomi finds a transmission signal that helps them map an orbit. They assume Azure Dragon is the “spotter” that has been helping the asteroid strikes against Earth. Naturally, that’s their next target.

The future is now: Laconia

Remember the weird red gate distortion at the end of Season 5 that ate up the Laconian ship? Well, Holden received intel about this weird alien artifact effect, and he’s worried. Even Amos recognized it as the killer alien stuff they found on Ilus. It’d be a shame if Laconia woke up some more killer evil alien—Oh what’s that? 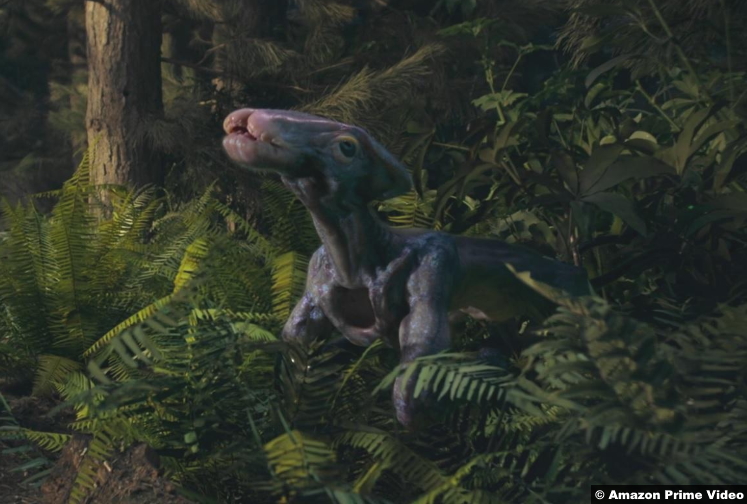 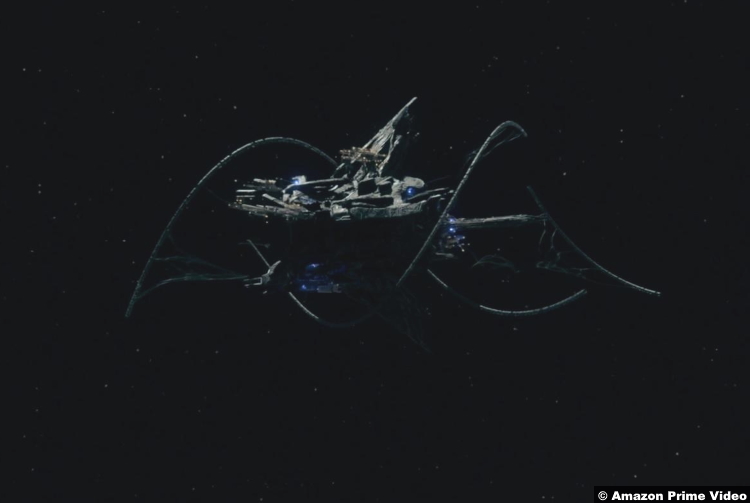 This episode’s namesake, “Strange Dogs”, is the novella that bridges Book 6 Babylon’s Ashes and Book 7 Persepolis Rising (Buy The Expanse books here: UK / USA / Canada). The scene at the start of the episode (pictured above) is the beginning of this novella… which takes place eight years after the Laconia Martians take over their planet.

As I said earlier, anything is game. Eight years has become six months. It’s too soon to tell whether or not Laconia will be a force to reckon with before the end of season six.3 Dealing with Marco Inaros could fill the next five episodes… I guess the pace of the next episodes will give us part of that answer.

7/10 – The debut is a slow start to the season that refuses to rush the plot. This episode’s primary concern is to establish the political status quo and the broken spirits of the characters. The show has no dearth of excellent performances, set pieces, but the pace is slightly frustrating.

1 This is a loaded tweet. I read it as part excitement for the project, part an address to rumors of “cancelation” and part frustration over worrywart fans.

2 The book version of Michio Pa is one of the most compelling reasons to pick up the Expanse. Her role in Babylon’s Ashes is probably my favorite narrative thread.

3 The authors did mention that post-season six creates “a natural pause point” so who knows what could come next…?