Your Christmas Watchlist for 2021

It’s the most wonderful time of the year ladies and gentlemen, which means it’s time for Christmas trees, Christmas decorations, Christmas fudge, Christmas music and—oh yes—Christmas movies! I love everything about this time of the year. Despite growing up in the Jerry Seinfeld school of “I hate everyone,” I will for one month a year shed my introverted skin and become a loud caroling fool who watches any movie or show that has a snowflake in it.

And when I say “one month” I mean “from Halloween night until the day after Christmas.”

It’s been a couple of years since we had a Christmas watchlist article, but that doesn’t mean we haven’t given you plenty of holiday-related content in the meantime. This year, instead of a grab bag of random movies and specials from the past few years, I thought we could look back on Xmas movies from the earliest days of cinema to the most recent times. So here, for your 2021 Christmas, is a list of my favorite Christmas movies and specials, one from each decade, going back as early as I can google! 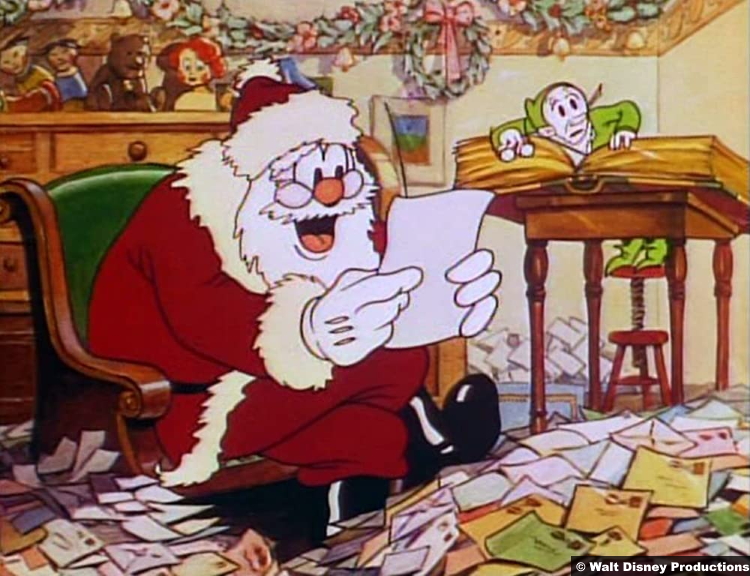 This animated short from Walt Disney is an annual watch for our family every year as the big day approaches. Like all cartoon shorts, it runs only about six minutes, but what it lacks in story depth, it makes up for in charm and period-specific oddities. The story is little more than a following of Santa’s activity around the shop where the toys are made and serves as a prelude to the more famous “The Night Before Christmas” short, which came out a year later. The Santa character here is the star, and to say he is memorable is to state the obvious: This Santa has the craziest, almost Joker-like manic laugh. The whole thing’s not much, but it’s sure to make the kids laugh, if only at how bizarre it can sometimes get. 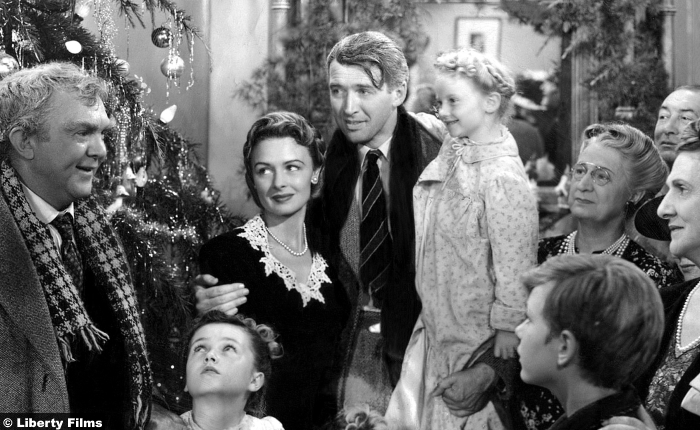 My wife rolls her eyes every Christmas Eve when I put this holiday classic on the TV. Maybe it’s the fact that I always save it until all the kids are in bed and we’re putting out the last of the presents, or maybe it’s the wave of nostalgia that always comes over me as I sit in the darkened living room, lit only by the twinkling Christmas tree, with presents in shiny paper glistening underneath. Whatever it is, when old George Bailey realizes just how much of an impact he had on Bedford Falls, and everyone starts singing Auld Lang Syne, I weep harder than at any point all year. The plot is silly. The acting is flat. The sets are cheap. Even the snow is fake! And yet this is an annual tradition in our home, as it is in many others. There’s something about Christmas that brings out the corniness in all of us. I can’t imagine another movie so cheaply and cash-grabbingly made from the 1950s that I would ever bother seeing, much less watching every single year. But darn it if I don’t love listening to Bing Crosby and Rosemary Clooney sing a lullaby about counting blessings instead of sheep. The 60s was the decade of the Christmas TV special. There might have been a good holiday feature film released this decade, I don’t know, but what I do know is the holiday season never passes by without our family watching Rudolph, the Grinch, and my favorite from the decade, A Charlie Brown Christmas. I have an article dedicated to this 1965 special coming soon, but for now, I’ll just mention how much I appreciate the balance struck between sardonic and saccharine. Instead of it feeling jarring or confused, the tone of the movie leans into the different approaches to the holidays that some people have. Some are all-in on the commercial aspects of it. Charlie Brown (and creator Schultz) invites us to remember there’s more to the holiday than fancy trees and lights.

‘TWAS THE NIGHT BEFORE CHRISTMAS I don’t know how many people are familiar with this TV special staring an English mouse and his mischievous son, but it somehow ended up recorded on a VHS tape (recorded in the late 80s or early 90s) that I watched regularly as a child. The story is about what happens when an unfestive young mouse writes a letter to Santa telling him he’s not welcome in their town. The father then sets out to program the town’s large clock to play a tune at the stroke of midnight to entice the big man to visit. As a child I watched the special, enjoying it only for the animation. As a father, I find a deeper appreciation for it, as it’s not really about Christmas, but about a father and son who hold to different worldviews and philosophies, and how they learn to coexist and reconcile despite the barrier between them. It’s oddly poignant in that respect. This is it. This is all I need. I love so much about Christmas, from the music to the food, to the decorations, to the many (many) TV shows and movies that celebrate the holiday; it’s hard to pick just thing I would choose out of everything I watch or listen or do every holiday season, but if I had to pick, I would pick watching this. A Muppet Family Christmas is the perfect special. It is, in my opinion, peak Jim Henson, the kindly creator of the Muppets, who blended oddball humor and sharp wit to great success in the 70s, and whose creations are still enjoyed today. This is their magnum opus as far as I’m concerned, though I concede that I’m hopelessly biased due to this being the TV special I watched more than any other as a child. It’s still a staple in my home and my family watches it every year a few days before Xmas. I could talk for hours and write for pages about it, but I’ll save a detailed look back for another time. The 90s brought an explosion of holiday movies that vary from the quaint to the crazy; it’s hard to choose between some of the decades more iconic films. In the end, it was between The Santa Claus(e) and Home Alone, and I went with the movie that makes me laugh harder and more consistently. There’s a simplicity to Home Alone that makes it work, and it’s the same simplicity that unravels the whole movie if you think too hard about the plot. Nevermind that, just enjoy it for, if nothing else, the sight of Joe Pesci not cursing up a storm throughout the film’s epic home invasion sequence. Here’s a movie whose reputation has not improved in the years since it was released (and it didn’t release to overwhelming praise, either). I recognize all its faults: The movie’s visuals aren’t quite there yet, creating an eerie uncanny valley effect, and the tone swings a bit too wildly between schmaltzy and corny. I get it. It’s not perfect. That said, this movie was teased in a trailer that my now-wife and I saw on our second date. After it was over, I told her I’d take her to see it as soon as it came out, despite the fact that it was advertised as coming out “next Christmas.” By the time it did come out, we were engaged to be married. By the following Christmas, we had the movie on DVD and were watching it in our home (and were pregnant with our first son, little did we know). By the next year, our little boy was watching it with us, bouncing on our knees. A decade-and-a-half later, and we’ve got two more, and the movie keeps being played. For my wife and me, this film has been part of our lives together for as long as we have had a life together. Watching it now, with three children around us, is a Christmas Eve tradition. That its central message is about never losing the childlike joy of the holiday feels very appropriate, in that regard. Klaus is my favorite “new” Christmas movie, and it’s not even close. The film is stunningly animated, with a sweet and funny story, great voice acting, and an ending that brings me to tears every time I see it. After watching it upon release, expecting little of it, I was instantly blown away by how much care and love was put into the whole production. My children loved it as well, and my wife too, making it the rare movie/special we watch every year that all of us agree is great. There have been a few movies to tackle the “origin story” of Santa but, in my opinion, none are as clever, charming, and moving as Klaus.

So that’s my list, and boy did I leave out a lot of great ones. What are some of your favorite holiday movies or specials, and which ones have a special place in your heart? Let us know in the comments below!