It’s hard to think of a place in Riverdale that’s more beloved than Pop’s. Sure, individuals in town may feel some affection for other places,  but those places aren’t Pop’s. The diner has been a part of the fabric of Riverdale since the Archie comics.

That’s why then that it’s so hard to watch it burn. And when it quickly becomes clear that the fire at Pop’s was intentional–it’s hard to accidentally throw a Molotov cocktail–that just makes people more upset. Out of all the places in Riverdale one could target, you’d choose Pop’s? It’s stupid, really, so that’s how we know it’s a Hiram plan. 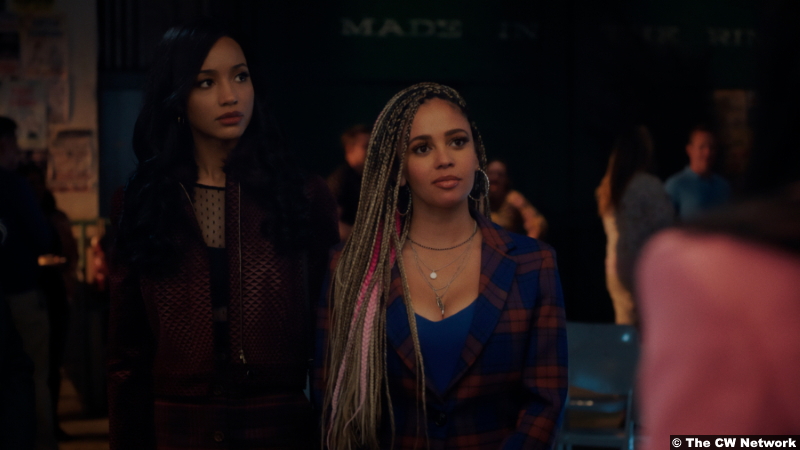 It’s honestly baffling how he ever got so far in business and organized crime when his plans are so half-baked. Then again, he did go to prison once. And yes, it was a Ghoulie who actually threw the Molotov, but that earns no points for Hiram. It actually further exemplifies how weak he is. He doesn’t have Reggie anymore, and he apparently had no other trusted minions. Therefore, he has to resort to hiring someone from the Ghoulies, a gang that has never been particularly impressive.

Of course, the Ghoulie responsible has to challenge his captors, Fangs and Toni, two Serpents, about their own gang. They’re basically it, since the other Serpents are working as long-haul truckers. That turns the two remaining Serpents’ thoughts to the future of their gang, as they anoint Fangs the Serpent King while making plans for little Anthony to take over some day. And I know there’s a lot of pride and history there, but c’mon. Toni doesn’t want more for her son than heading a gang? Even she’s got a day job. 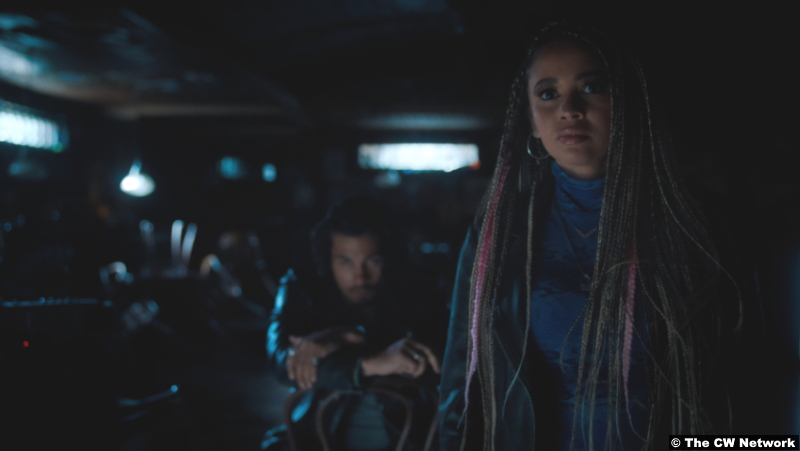 But they’re not the only ones thinking about the future. Veronica wants to go back to Wall Street, but she finds out that she’s basically a pariah since she killed Chad. She protests and she’s absolutely right. She acted in self-defense–he came to her house to kill her. Also, she’d hardly be the only criminal in the financial market. Hell, the nickname she earned before they started calling her the Black Widow is itself a take on a real-life Wall Street criminal. In addition, she hasn’t been convicted. She hasn’t even been arrested for Chad’s death, as far as I know.

So she’ll stay in Riverdale and help Reggie build a casino that she describes as both white-glove and family-friendly. How can it be both? Nevermind, I’m thinking about it, ain’t I? I always do that.

Anyway, the backdrop to all this is Archie and company’s work to make Riverdale a real town again, so Hiram can’t suck it up into SoDale. Yes, SoDale still exists only on paper, but Hiram won’t stop working his Scooby-Doo villain plans to make it work. And he would have gotten away with that palladium if it weren’t for those meddling kids.

Further, I guess I can’t fault Hiram that much for wanting the palladium that much since it seems to be a Riverdale tradition. Cheryl finds that out when she reads a diary from Abigail, one of her great-greats, who ended up being burned at the stake. It was all a deadly farce so the other town residents, the ancestors of other Riverdalians, like Archie, could steal the mine for themselves. All this happened in 1890, by the way, because what even is history? 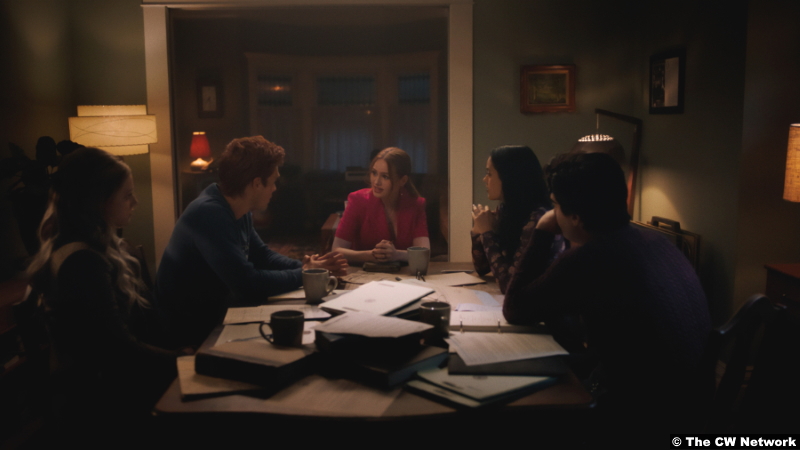 Abigail cursed the town before her death–it would have been very Riverdale if she’d cursed them after her death–and Cheryl seems to resurrect the curse by episode’s end. Oh, speaking of things that are very Riverdale, did I mention that this all came to light because Cheryl’s been having Britta the minor be the other kind of miner? And in the course of that mining, they found a trove of bones, because the mine collapsed on those other town ancestors? This show.

This show, incidentally, will never get rid of Hiram. I know they made a big to-do out of his exile, but you can’t keep a bad man down*. Or out. To that end, Betty and Archie decide to make another go at a relationship, which…when does Archie have time for all this relationship stuff when he’s trying to be a vigilante, teach RROTC, coach the football team, run the El Royale, mine, reopen Andrews Construction, and rebuild Riverdale? Anyway, that’s something I’ll have to ruminate on later, because the season ends with Archie and Betty discovering a time bomb under Archie’s bed. And it apparently goes off, but you know. This show isn’t killing off Archie or Betty. But don’t take my word for it–find out for yourself when season 6 begins next month.

7/10 – This episode was fairly average. Not bananas enough to be classic Riverdale, but not that bad, either. It was nice to see Pop again, though.

Riverdale will return on November 16. That’s Tuesday, by the way–the show is moving to a new night and time (8/9E PM) in the United States.

*Or dang, maybe you can.