Riverdale S06E01 Review: Welcome to Rivervale – The town with heart!

Man, it feels like just last month that I was triumphantly posting in my work Slack, “Happy Riverdale season finale to all who celebrate.” That’s because it was last month. But now we’re back with season 6 and no, I cannot believe this has been going on this long, either. I’ve said a lot of things about Riverdale, both good and bad, but one thing I can’t fault them on is their willingness to be ambitious. As such, season 6 is kicking off with a 5-episode “event.” What all that entails remains to be seen, but we get a small hint this week with “Welcome to Rivervale.” 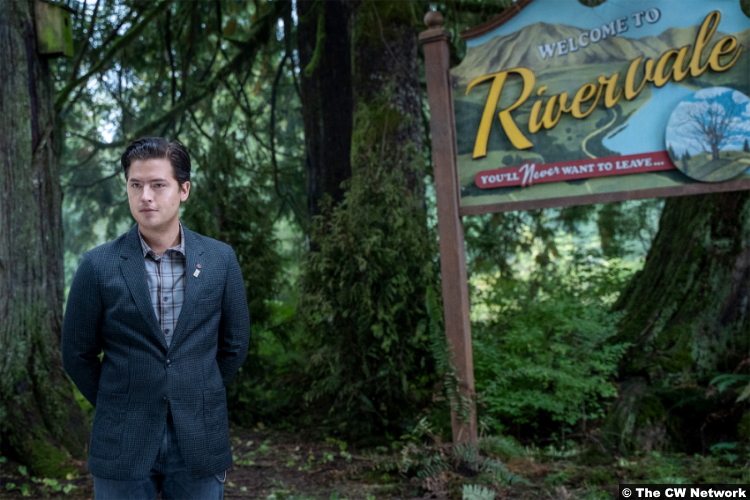 And actually, pretty much everyone we meet is the same character we already know. They’re just living slightly different lives. This is an alternate universe Riverdale, where the ingredients are the same, but everything is just a little shifted.

In case you don’t recall–it’s been so long since the season 5 finale, after all–we ended the season with Archie and Betty discovering they were sleeping on top of a literal time bomb. In this new reality, they’re still sleeping, but Archie’s having dreams about a bomb under the bed. Me, zooted: What if dreams are just us experiencing our lives in alternate universes?

Anyway, Archie, also a town leader in this reality, wants to make the town less dependent on Blossom maple earnings, so he spearheads an initiative to plant maple trees in Riverdale proper. Cheryl is furious about this, obviously. She’s mad because number one, that’s her default. But she’s also upset because her maple trees aren’t producing as they should.

There’s a disturbing parallel to that in town, as well. Archie and Betty have started discussing having children. However, when Betty gets a check-up, she finds out that her eggs are essentially duds. But she’s not the only one. In fact, there are almost half a dozen young women in town with the same issue. In a town the size of Riverdale, that’s troubling. Or a town the size of Rivervale, that is. 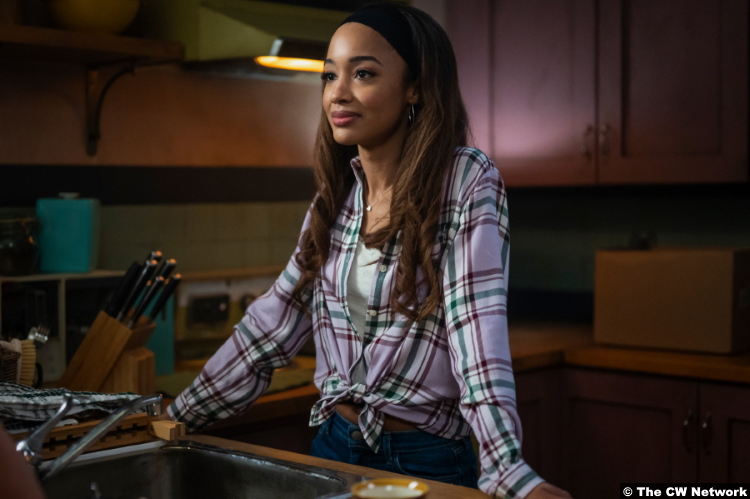 Unfortunately, Betty and company aren’t the only ones struggling. Take Jughead and Tabitha, for instance. They’ve just moved in together, and everything should be lovely and brand-new. A kind of honeymoon phase, you know. Instead, insects (or something) are besieging them, leaving them waking up covered in welts.

And Fangs and Toni don’t have it much easier. Little baby Anthony will not, for love or money, stop crying. It seems obvious that he’s got colic, but they don’t get an official diagnosis until they see Dr. Curdle. I was on tenterhooks. What is this supreme weirdo, the oddball love of my Riverdale life, going to suggest?

Y’all better believe I hit both the hootin’ and hollerin’ buttons when he revealed an answer. Please picture me cupping your face gently in my hands, as I whisper to you, “He said to put a toad in the baby’s mouth.” Forget an alternate universe–I am on a completely different plane right now.

A toad! And as if that’s any weirder than what Fangs’ mom suggests, which is leaving the baby on a stump in Fox Forest for the night. Toni actually resorts to trying that, which is when she runs into Cheryl. Cheryl, who’s got a whole little army of girls at Thornhill now, ends up solving the problem with a woodsy-type tincture. (Also, Thornhill is now apparently an independent republic, because sure.)

She also throws a Maple Harvest festival for the town, where they compete in feats of strength. Archie looks like he’s going to be crowned the Maple King until Betty usurps his crown. That’s a hint, and not the first one, that something off-kilter is happening in town. 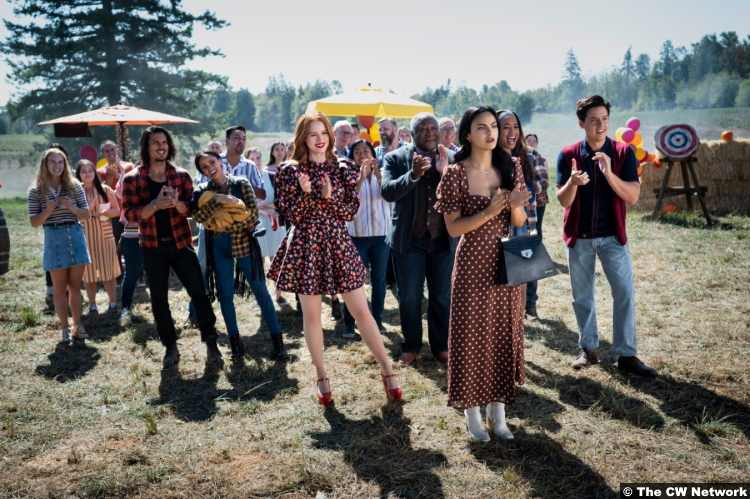 It isn’t until the end that we get the full picture, though. I mentioned The Twilight Zone earlier, but overall, this episode borrowed more from stuff like The Wicker Man, Midsommar, Children of the Corn, and “The Lottery.” That’s because it ends in a reveal that the whole town is basically some kind of maple cult (?). Well, everyone but Archie, whom they sacrifice to appease the maple goddess. RIP, Archie. You were too good for this “shadow town,” as Jughead calls it.

8/10 – Well, that was some things that happened. But as a fan of all those aforementioned inspirations, I kind of dug this. This wasn’t the typical Riverdale brand of bonkers, but it was unsettling and fun in its own way.

Also, very on-brand for me that this is now my third reference on this site to “The Lottery.” Speaking of my very own brand of bonkers, I just found out that one of my (non-Riverdale) reviews here is cited as a source for this episode of the podcast Bigfoot for Breakfast, so give that a listen. My mother, the sasquatch enthusiast, will be thrilled. (Just don’t tell her it’s not about Bigfoots.)