WWE WrestleMania XL and the regularly scheduled winner “for the fans”

It is way too early to be talking about the fortieth edition of WWE WrestleMania. The event won’t take place until 2024, after next year’s event in Dallas and the following year’s event in Los Angeles. And while I have no intention of trying to predict the card or anything like that (I have a hard enough time trying to do that with just one year of lead-in time), there is an angle to consider when looking so far into the future as WWE WrestleMania XL, and that is this:

The odds are the WM XL main-event winner is already on the roster and is probably slumming it in the midcard right now. 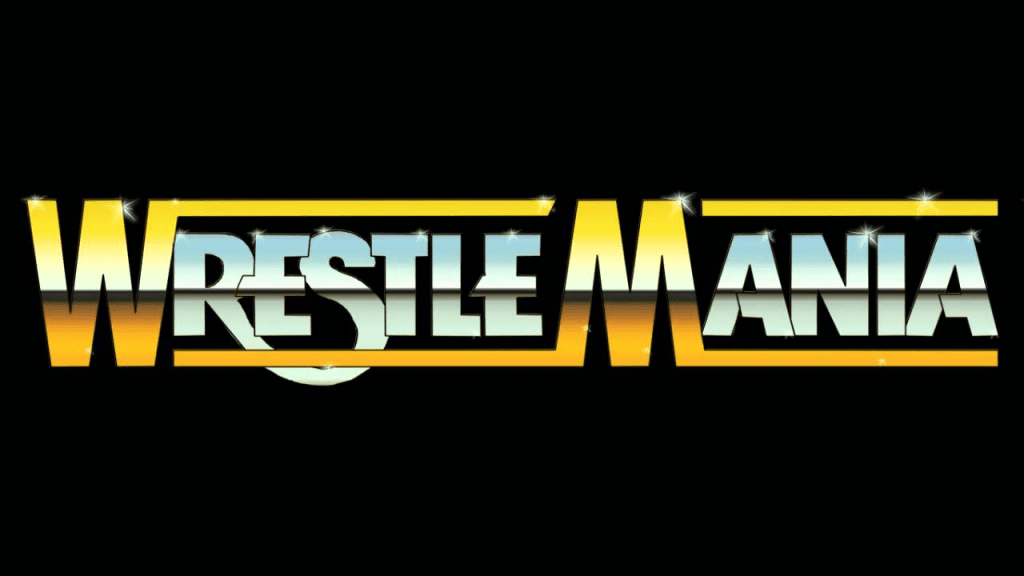 It seems to be the case that every ten years, whether because of some intended design or unforeseen aligning of the stars, the big anniversary WrestleMania show features a winner who was, a few years earlier, not thought of as a likely main-event titleholder, much less the winner of the biggest main-event of the biggest show.

For example, the winner of WrestleMania X, the company’s first “anniversary-like” show, featured Bret Hart winning the WWF Championship from long-reigning heel, Yokozuna. The win was not Bret’s first world title with the company, but it was the one that was regarded as his “coronation” into the main-event mainstay he would be until he left the company three years later.

Where was Bret three years earlier? At WrestleMania VII he was wrestling in the Hart Foundation tag team. Soon after, he switched to being a singles competitor and had won the Intercontinental Championship within a year. By the next WrestleMania, he was beating Roddy Piper for a second run with the IC Title. At the time the WWF was a company ruled by giants among men, performers with little in-ring pizazz but who stood well over six-feet and had larger-than-life personalities. By contrast, Bret was exactly six-feet tall and though he was trimmed and muscular and looked great as a 235lber, he didn’t stand out as a physical specimen compared to the company’s main-event stars. In short, Bret Hart looked like the ultimate mid-carder, the perfect guy to carry the brand’s number-two title, the workhorse belt, the Intercontinental Championship.

Even when he won the World Title from Ric Flair, the circumstances of his championship loss at WrestleMania IX, followed by his mid-card feud with Jerry Lawler, led fans to the conclusion that Hart had been little more than a transitional champion and would not sniff the main-event again, certainly not in any long-term way. However, at WrestleMania X, the man who looked like a mainstay in the midcard ended the show being hoisted into the air by his peers, as the commentary booth told everyone a new era had just begun.

Ten years later, it was Chris Benoit’s opportunity to follow in Bret Hart’s footsteps. Benoit had been a well-established midcarder, and unlike Bret (who had tons of charisma, a great connection with the fans, and could cut a good promo), Benoit was a one-trick pony. Ask him to work a fifteen-minute technical barnburner and he’d give you the match of the night. Ask him to carry a ten-minute interview segment and prepare to cringe. Benoit was stiff, flat, and unpersonable, but he could wrestle circles around 99% of the people living on the planet and that made him worthwhile. However, it was at WrestleMania XX where Benoit was given the big feather in his cap victory, securing the World Heavyweight Championship by beating both Triple H and Shawn Michaels.

Where was Chris Benoit three years earlier? He was exactly where everyone thought he should be, wrestling Kurt Angle in a classic technical match at WrestleMania X-Seven. The landscape of the company in 2001 simply had no room for someone with so many limitations. Austin and Rock were reliable in the ring, money on the mic, and had a connection with the crowds unlike any who came before. A step below them were guys like Kurt Angle and Chris Jericho, who combined great in-ring talent with great skill on the microphone. They were poised to be the next standard bearers, along with reliable top stars like Undertaker, Triple H, and Kane.

Benoit was good enough to hang with those guys, but he wasn’t seen as someone who could supplant any of them. At WrestleMania XX, however, the main who looked like a mainstay in the midcard ended the show as confetti fell from the rafters, and the commentary booth told everyone a new era had just begun.

Ten years later, it was Daniel Bryan’s opportunity to have a big moment. As with the previous two, Bryan had the resume of a midcarder and the look of someone that simply didn’t get the chance to reach for the proverbial brass ring in WWE. He was small, both in height and build, and he was kind of dorky and awkward on the mic. But when the bell rang, Bryan somehow managed to have all of Chris Benoit’s lightning-fast intensity in the ring and Bret Hart’s unteachable instant connection with the fans. At WrestleMania XXX, those two factors produced one of the most fan-pleasing finishes in the history of the show, and one of the most improbable ones as well. 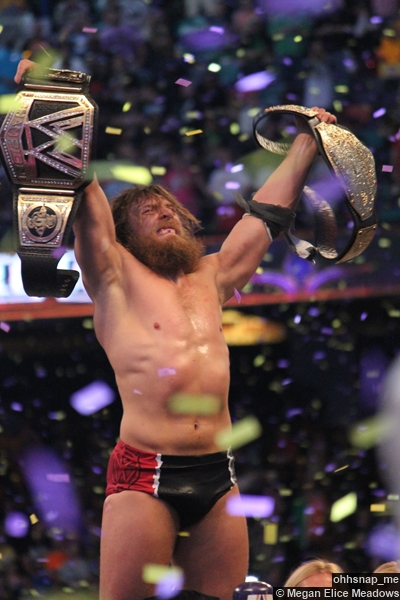 Where was Daniel Bryan three years earlier? He was in a WrestleMania 27 dark match with Sheamus, trying to win the United States championship. Like Bret Hart, Bryan would go on to win a world title before his big Mania moment; he captured the World Heavyweight Championship nine months after barely appearing at WrestleMania 27 and would go on to defend the title against Sheamus at WrestleMania 28. At the time it was seen as a great year-to-year journey…until he lost the title in eighteen seconds.

There’s no need to rehash everything that followed; it’s well documented how Bryan became the poster child for the fans’ discontent with WWE’s tone-deaf creative department. The fan unrest led to several instances of hijacking shows until a veritable tidal wave carried Bryan to WrestleMania XXX, where he defeated Triple H, then went on to beat Randy Orton and Batista—two of the most prototypical “Vince guys” we’ve ever seen—and capture both the World Heavyweight and WWE Championships in one fell swoop. In so doing, the man who looked like a mainstay in the midcard ended the show with the fans serenading him in a chorus of “YES! YES! YES!” chants, while confetti rained from above and the commentary told everyone a new era had just begun.

There have been a lot of WrestleMania main-events that have given a first-timer their big launch to the main-event (Mania 21 did it for Cena and Batista, Mania XIV did it for Austin, etc), but every ten years, whether intentionally or not, the WWF/E seems to make WrestleMania the show where they tip their cap to a long-time player that has either been held back or not yet “made.” They give the win to someone a hardcore segment of fans could rally behind.

I’m not going to make a prediction. Feel free to offer one in the comments. I’m just saying, in three years, when the Showcase of the Immortals happens, and WrestleMania XL’s main-event closes, don’t be surprised to see someone who seems improbable today, standing in the center of the ring, as confetti falls, ushering in a new era.